Professor Edward O. Wilson, a man heralded by the National Geographic Society as 'the greatest naturalist of our time', has lent his name and vision to a premier biodiversity research facility in Gorongosa National Park, Mozambique. The esteemed evolutionary biologist was the guest of honor at the opening of the 'Edward O. Wilson Biodiversity Laboratory' on Thursday, March 27th. The laboratory is the first of its kind in Mozambique. 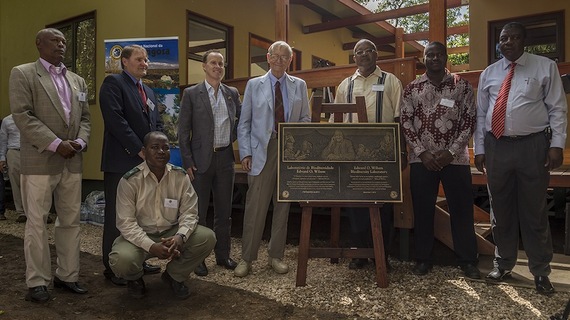 Gorongosa National Park sits at the southern end of the Great East African Rift Valley in central Mozambique. The diverse landscape and topography of this area gave rise to immense biodiversity; including species found nowhere else on Earth. Gorongosa was badly damaged by a generation of civil conflict in the late 20th Century when large scale poaching occurred. But today, thanks to a restoration project, the Park is well on its way to reclaiming its iconic status. Since the project's initiation, excellent facilities have been built and large animal numbers have increased by as much as 40%. In 2004, the Carr Foundation, a U.S. not-for-profit organization joined with the Government of Mozambique in a 20-year co-management effort, known as the "Gorongosa Restoration Project" (GRP), to restore Gorongosa National Park. To date the Gorongosa Restoration Project has revitalized anti-poaching teams; rebuilt Park infrastructure; conducted biological monitoring; reintroduced zebra, wildebeest, buffalo, elephant, and hippopotamus; established a school, a community education center, a medical clinic and agriculture programs. 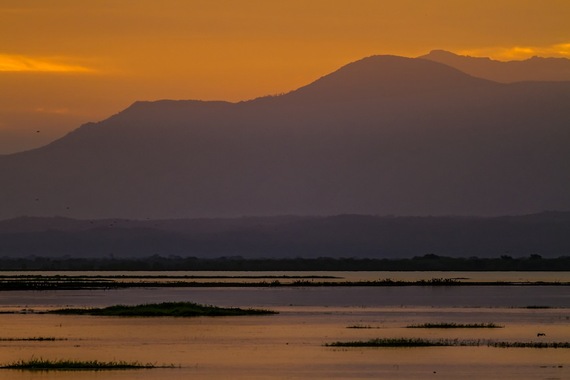 Scientific research is an integral part of the long-term the restoration effort as a deep understanding of Gorongosa's ecosystem will help park managers to make informed conservation decisions. The new biodiversity laboratory positions Gorongosa to become a premier research hub in southern Africa. The laboratory has already attracted regional, national, and international attention. Scientists from Mozambican and international institutions, such as Universities of Eduardo Mondlane and Luria in Mozambique, Coimbra University in Portugal, and Universities of Harvard and Princeton in the USA, have begun conducting research in the Park. 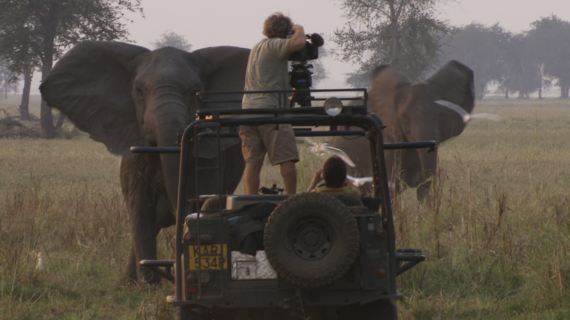 The laboratory will host a wide range of projects from the tracking of lion prides and elephant herds, to measuring the effectiveness of the reforestation effort on Mount Gorongosa. It will provide visiting and resident researchers and students with tools to process, identify and store biological specimens, including long term storage of tissue and DNA material. A DNA extraction amplification facility will also be available on site. A major component of the laboratory is a synoptic collection of animal and plant species present in Gorongosa, developed in collaboration with Mozambique's National Natural History Museum in Maputo. 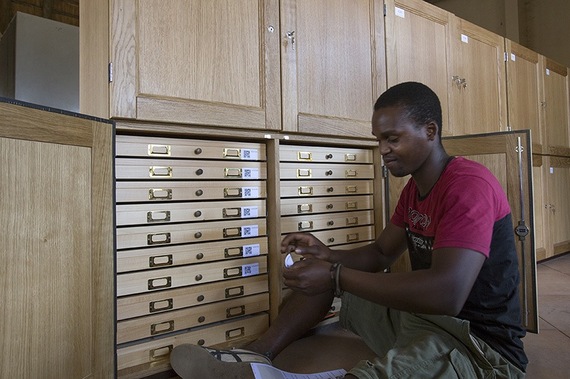 Lab technician, Flavio Artur Moniz, prepares for the arrival of biological specimens. Gorongosa's scientists plan to identify every species in it visible to the naked eye. A feat not yet achieved by any national park in the world. (Piotr Naskrecki)

One of the laboratory's most critical roles is to provide training to the next generation of Mozambican scientists in the Park, and also to send them to universities for advanced degrees. "We hope to help launch the careers of a generation of Mozambican scientists at the E.O. Wilson Biodiversity Laboratory," said Mateus Mutemba (Park Warden). Several students, receiving full or partial financial assistance from the laboratory, have already begun studying for future careers as veterinarians, ecologists and lab technicians at universities. 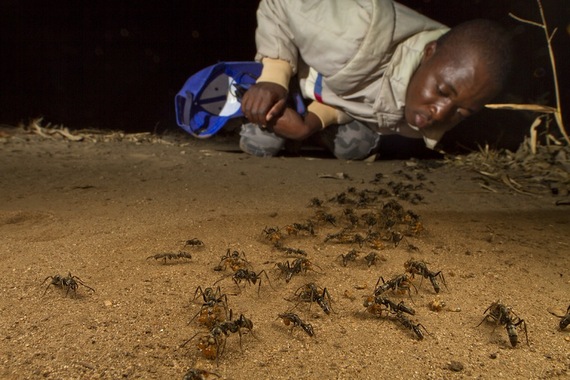 In June 2013, a team of fifteen renowned Mozambican and international specialists completed its first comprehensive survey of animals and plants of the Cheringoma Plateau on the eastern side of the Park. The survey recorded over 1,200 species, including several species unknown to science. Scientists will soon embark on a similar survey of the virtually unexplored region of Dingue-Dingue, focusing of wetland and aquatic ecosystems. These annual biodiversity surveys will be supported by the new laboratory and storage facilities. 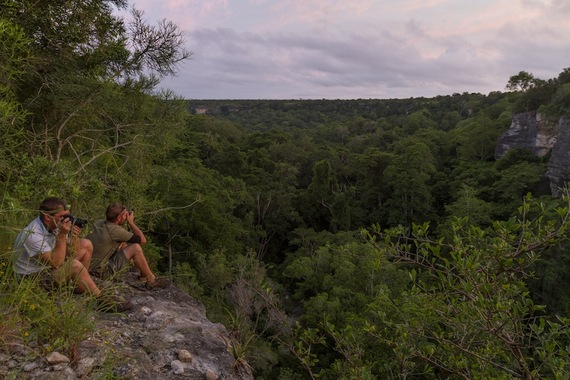 Scientists take in the Cheringoma Plateau at sundown during the 2013 Biodiversity Survey. The first comprehensive survey of the area, it recorded over 1,200 species, including several species unknown to science. (Piotr Naskrecki)

Since first visiting Gorongosa in 2011, Professor Wilson has developed a special attachment to Gorongosa Park, calling it, "... Ecologically the most diverse park in the world". During Wilson's first two visits to Gorongosa in 2011 and 2012, he led scientific expeditions to catalog the biodiversity in the park. Understanding the unique biodiversity of this place, he championed continued surveys to catalog all species in Gorongosa. The new biodiversity laboratory that is dedicated to Wilson will be instrumental in cataloging and storing specimens from annual scientific surveys. Wilson also just published a book entitled: "A Window on Eternity: A Biologist's Walk Through Gorongosa National Park" to be released in April, as well as devoting several learning modules of his new iBook, "E. O. Wilson's Life on Earth", to Gorongosa.

"National Parks like Gorongosa play a major role in preserving the world's biodiversity. Going forward, the research of this Laboratory will help spread knowledge about how to save life everywhere," said Professor Wilson. 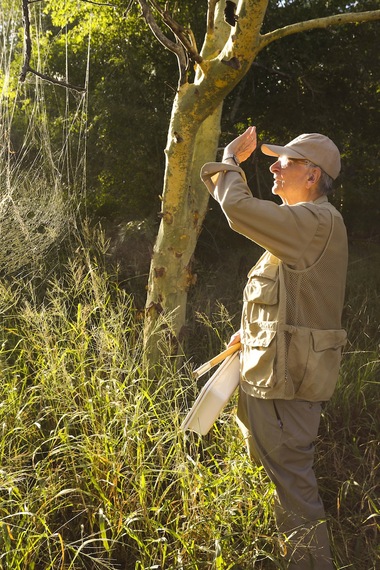