NSA leaker Edward Snowden says that by prompting a reassessment of U.S. surveillance policies, he has accomplished his mission. In the intelligence community, there is speculation that, intentionally or not, he has also accomplished a mission for Russia.

On Kremlin matters, I turn to Jason Matthews, who became an authority on the topic during his 33 years as a CIA operations officer. Since retiring, he has written an espionage novel, Red Sparrow (Scribner, June 2013), in which Putin makes a cameo -- read it and you too may conclude that no one on the planet knows the Russian president better. You too may also conclude that Red Sparrow is the best espionage novel you've ever read. Here's my Q & A with Matthews: What do you see as Snowden's mission?

It's not clear whether he started out as a conscience-driven whistleblower who then got in over his head, but he's several fathoms over his head now. Sadly, he's gone beyond the idealism of a crusader and has fumbled secrets to Beijing and Moscow.

But he's said that his files weren't given to the Russians?

The Russian NSA -- its Russian acronym is FAPSI -- surely has debriefed him and downloaded every one of the hard drives on his laptops, with or without his knowledge or consent. It is inconceivable that they have not.

What about his contribution to the privacy of American citizens?

Snowden illegally downloaded over one million classified national security documents. If he was set on exposing illegal spying, he could have gone to court, to the U.S. press, to government ombudsmen, and revealed what he thought were excesses. Instead he went -- no fled -- to China and Russia. The damage is so serious that some officials in NSA astoundingly stated they would consider offering Snowden immunity -- despite the catastrophic precedence it would set -- if he returns home and stops leaking U.S. secrets. But I think it's only the beginning of one of the most insidious Russian operations of the New Cold War.

Since Snowden's arrival in Russia, we have been seeing what the Kremlin does best: aktivniye myeripriyatiya, active measures, political propaganda. It was a mainstay activity of Soviet intelligence during the Cold War.

Active measures campaigns are designed to sway public opinion, create rifts, and discredit opponents, classically mixing truth, distortions and untruths in that familiar dead-pan delivery perfected by mastiff-faced former Foreign Minister Andrei Gromyko in the 1970s. Cast-iron Soviet invective has given way to televised news conferences, but the tactics are time-tested. In 2013, President Putin's aspiration simply is to recapture the prestige of -- and respect for -- the old Soviet Union.

Where does Snowden fit into Russian designs?

With the Snowden story, the active measures target audience is Europe and Asia. President Putin's message from the start was measured, forthright and so, well, reasonable. He did not want Snowden to stay; there had not been contact with Russian secret services; Moscow did not want Snowden's leaks to harm the American partners. Ruefully Putin then quoted Snowden's reply: "No, I want to continue my activity, fighting for human rights. I think the U.S. is violating certain international regulations and intervening in private lives, and my goal is to fight this."

At the same time Alexy Pushkov of the Duma with a straight face stated that Russia protects those who are politically persecuted. Asylum for Snowden was first publically -- and mystifyingly -- discussed during an oil-exporters summit in Moscow. Then a well-timed story about U.S. SIGINT spying on the EU then broke in Der Spiegel (intelligence services call this a "press placement") infuriating allies. That particular week ended with a Guardian story about U.S. spying on Japan and Korea, coinciding with an Asian security conference attended by the U.S. Secretary of State. The certain source of these breaking stories, Moscow watched from the wings, strong and objective, clucking its tongue at American and commiserating with scandalized Europe.

How is the Russian campaign working?

The Russians know very well the effect this will have, from domestic calls for NSA reform, to shattered foreign liaison relationships, to heightened security on the parts of adversaries, either states or terrorists. It marvelously suits the Kremlin to have a weakened NSA across the Atlantic. 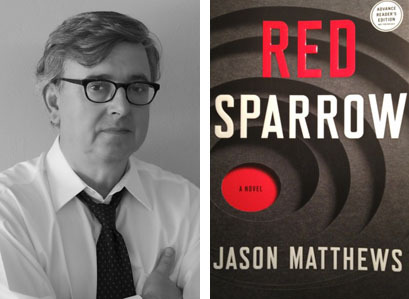