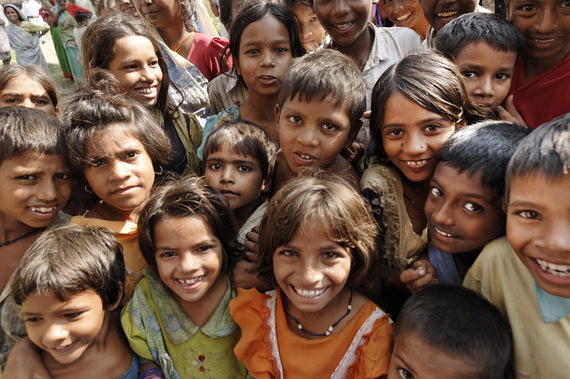 In October, I had the honor of participating in a public discussion at Princeton University with philosopher Peter Singer, Professor of Ethics and author of The Most Good You Can Do: How Effective Altruism is Changing Ideas About Living Ethically (Yale University Press).

He rightly points out that Philanthropy is a very large industry, receiving a total of approximately $300 billion a year in the United States alone, but that most of that huge amount is given on the basis of emotional responses to images of the people, animals, or forests that the charity is helping.

"Effective altruism seeks to change that by providing incentives for charities to demonstrate their effectiveness."

There is no fundamental difference between the approaches to altruism outlined in my recent book and those elucidated by Peter Singer. 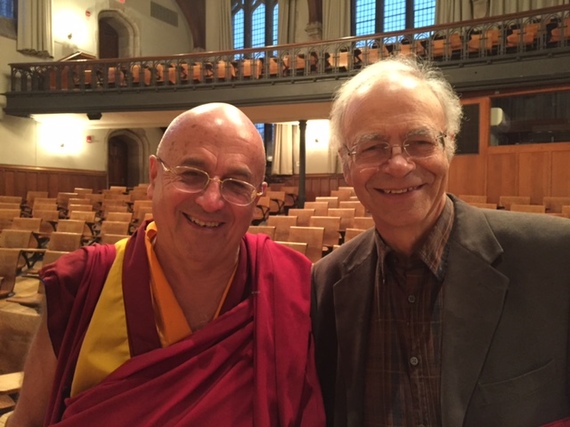 Here are a few of my thoughts on some of the topics we discussed:

Altruism is the wish to benefit others. So if you want to do good then, obviously, you have to do it in the wisest way and with the largest impact possible. This requires careful investigation and discernment.

When you feel emotionally moved by the suffering of others and you want to help, it is important not to get hijacked by intense sentimental reactions. For sure, an emotionally empathetic response can spur you to intervene in some way, however, if you carefully examine all possibilities, your help can be maximized for manifold effectiveness.

As Singer points out,

"Effective altruists would, like anyone else, feel emotionally drawn toward making the wishes of sick children come true, but they would also know that the same amount of money could save the lives of several children who would have died from malaria or any other preventable cause. So they will then ask themselves if making the wish of a dying child come true is the best thing to do, given the abilities, time, and money they have available."

If you help a particular child because you are personally drawn to his story, while ten other children could benefit significantly more from you help, this is a form of altruism that is biased by prejudice and personal feelings.

When someone asks for money on the city street, do you question the impact of that donation? The main impulse is to offer them money. Most of us can surely afford to offer a coin to every beggar we meet in a day. However, if you are giving only because somehow seeing that person makes you feel bad or guilty, then that's not really altruistic. You are only trying to relieve your empathetic distress.

If you are going to give a large amount of money or spend a lot of time devoted to a cause, then you have to question the effectiveness of your efforts. For example, if you decide, "I'll take this homeless person into my house and take care of him." You can do that, but you need to understand the implications of that choice. If you housed that person for a year, you'd use a lot of resources. You could then find out that, with the same amount of money and time, you could save the lives of 200 children in Africa. For an effective altruist, the choice is a no-brainer.

This is reasoning is silly, because saving or improving the lives of two hundred children is always better than eighty.

Does effective altruism impact our ability to be spontaneously altruistic and compassionate? There's no reason it should. We should always be ready to do the best we can, at any time, in any circumstances, to alleviate suffering. But when times comes to involve more resources and more time we should think carefully: "Am I doing this primarily to further my selfish interest or for the sake of others. If that is for others, is it for a small or for a large number? For the short or for the long term?" Of course, you would want to do good to the largest number of people, for their long-term benefit.

Carefully 'planned" altruism has value, as it applies reason, rationality and the wisdom of discernment. The Buddhist concept of enlightened compassion means that compassion without wisdom is blind even if it means well and wisdom without compassion is sterile. If you help, do so wisely, with unconditional love and compassion.

To learn more about my conversation with Peter Singer at Princeton University, here is the complete video
For more on Matthieu Ricard's approach to altruism, visit altruismbook.com
www.matthieuricard.com Twitter: @Matthieu_Ricard Facebook Instagram