MEXICO CITY, March 20 (Reuters) - Survivors of Guatemala's bloody civil war relived the massacre of relatives as they took the stand on Wednesday to testify against former dictator Efrain Rios Montt, who is accused of allowing genocide during the 36-year conflict.

Rios Montt, 86, the first ex-head of state to stand trial for crimes against humanity in his own country, for years was not prosecuted for alleged atrocities committed during his 1982-1983 rule, because of his protected status as a congressman.

But after leaving Congress last year, Rios Montt was ordered to face trial by a judge who found sufficient evidence linking him to the killing of more than 1,700 indigenous people in a counterinsurgency plan executed under his command.

On the second day of the landmark trial, civil war victims recounted horrific tales of watching their family members killed and their homes torched by soldiers.

"They came and they massacred my mother, my brother and my brother-in-law. They burned homes," said Tomas Chavez, 45, in tears as he recalled the November 1982 massacre in Nebaj in the northwestern state of Quiche.

Diego Santiago, 83, echoed Chavez in describing an April 1983 massacre near the same village.

"We went to hide in the mountains. I managed to escape from the people who killed my wife," he said, adding the army killed his 17-year-old son and set fire to homes.

The defense team argues that Rios Montt did not control battlefield operations and that there was no genocide in Guatemala.

Humans rights advocates and victims have welcomed the trial as a sea change for Guatemala.

"It's a strong voice against impunity and a strong voice in favor of victims," said Nobel Peace Prize-winning rights activist Rigoberta Menchu, who attended the trial. "We hope that from now on, we (the indigenous people) are accepted by Guatemala's polarized society that carries with it the genocide of the past."

Roughly 200,000 civilians, most of them of Mayan descent, were killed during the 1960-1996 conflict as a string of right-wing governments attempted to rid Guatemala of leftist guerilla fighters suspected of being in league with communists.

A United Nations-backed truth commission report released after the 1996 peace accords found that the army and paramilitary groups were responsible for more than 90 percent of the hundreds of massacres carried out during the war.

He remained politically active after being overthrown in a coup in August 1983, serving in Guatemala's legislature and launching an unsuccessful bid for the presidency in 2003.

Genocide trials have been rare for ex-leaders in Latin America, which was scarred by bloody civil conflicts and repression. Charges were raised against Chilean ex-dictator Augusto Pinochet, but he died in 2006 before standing trial.

A three-judge panel must debate the material and set a date on whether to sentence or exonerate Rios Montt. A prosecutor has said that up to 130 victims and 75 experts are expected to testify during the trial, which could run several months. (Reporting by Mike McDonald; Writing by Alexandra Alper; Editing by Eric Beech) 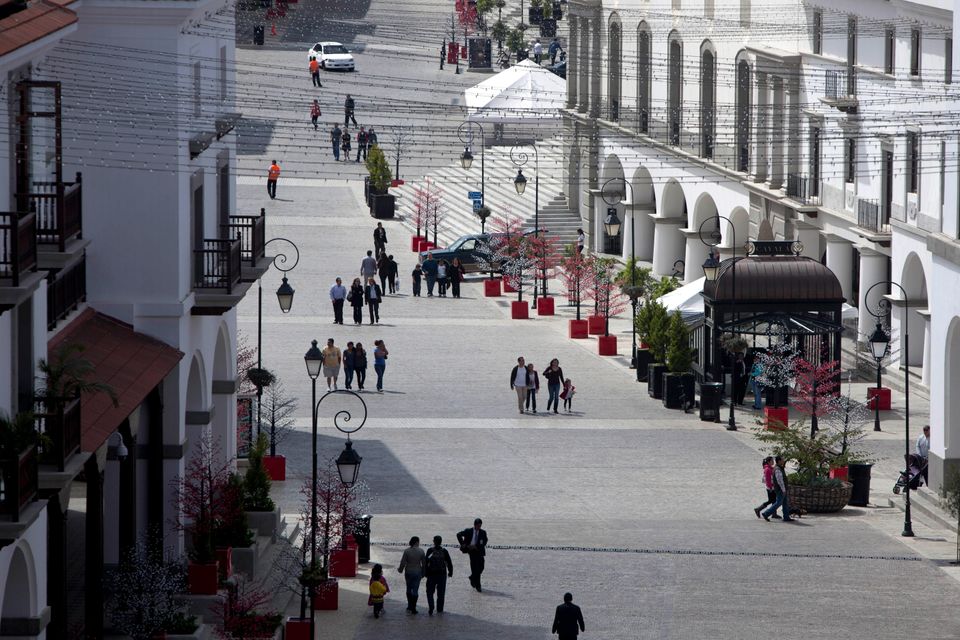 1 / 10
In this Nov. 25, 2012 photo, visitors walk in Paseo Cayala, a nearly independent city on the edges of Guatemala City. Cayala's backers promote the development as a safe haven in a troubled country, one with an unusual degree of autonomy from the chaotic capital. It also embraces a school of urban planning that advocates a return to a traditional concept of a city, with compact, agreeable spaces where homes and shops are intermixed. (AP Photo/Moises Castillo)
AP