Pizza, toast, burgers, noodles, salads, muffins or steak -- you can slap a runny egg yolk on anything and it will become instantly improved.

The egg yolk -- nature's Cronut -- is so delectable, so addicting, so Instagrammable because it the perfect ratio of fat to water to protein, according to Molly Birnbaum and Dan Souza in the video above from Cook's Science.

It's an emulsion that adds creaminess to everything you put it on.

But cooking a whole egg just for the runny yolk alone can be tiresome if you don't want to eat the whites (and let's face it, it's actually tricky to get both the white and the yolk to solidify at the same time -- a yolk solidifies anywhere between 150 and 158 degrees Fahrenheit, and an egg white gets there anywhere between 150 to 180 degrees). So why not save the whites for something else and make an all-yolk sauce instead?

After hundreds of yolks and much experimentation, the folks at Cook's Science say they've mastered a creamy sauce that's made with just yolks and salt, for you to squeeze over anything and everything.

Whisk egg yolks and salt together, and gently cook at 149 degrees for exactly 32 minutes until the mixture becomes pasteurized (i.e. safe to eat). You can either use a sous vide machine or a cooler filled with boiling water. For more specifics on exactly how Cook's Science makes it, they want you to sign up for updates on their new project. You'll get the recipe within 24 hours of signing up. 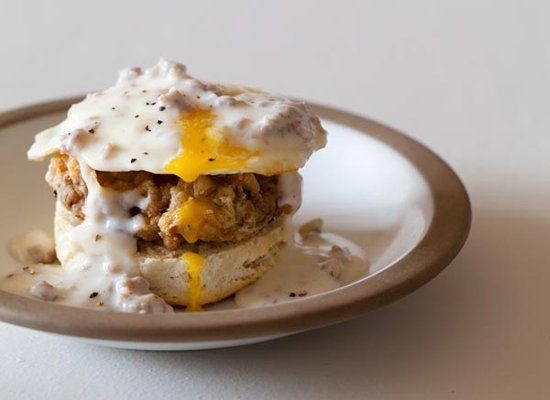