For the past 18 days, downtown Cairo has been the scene of mass protests and deadly strife.

But as beleaguered President Hosni Mubarak finally stepped down today, excitement and jubilant celebrations overtook Cairo's Tahrir Square as well as other cities and regions across Egypt.

Fireworks burst and car horns sounded immediately as Vice President Omar Suleiman made the announcement on national TV just after nightfall. Egyptians danced, sang and raised their hands in prayer as they chanted, "Goodbye, goodbye!"

See photos of the spectacular celebrations below. 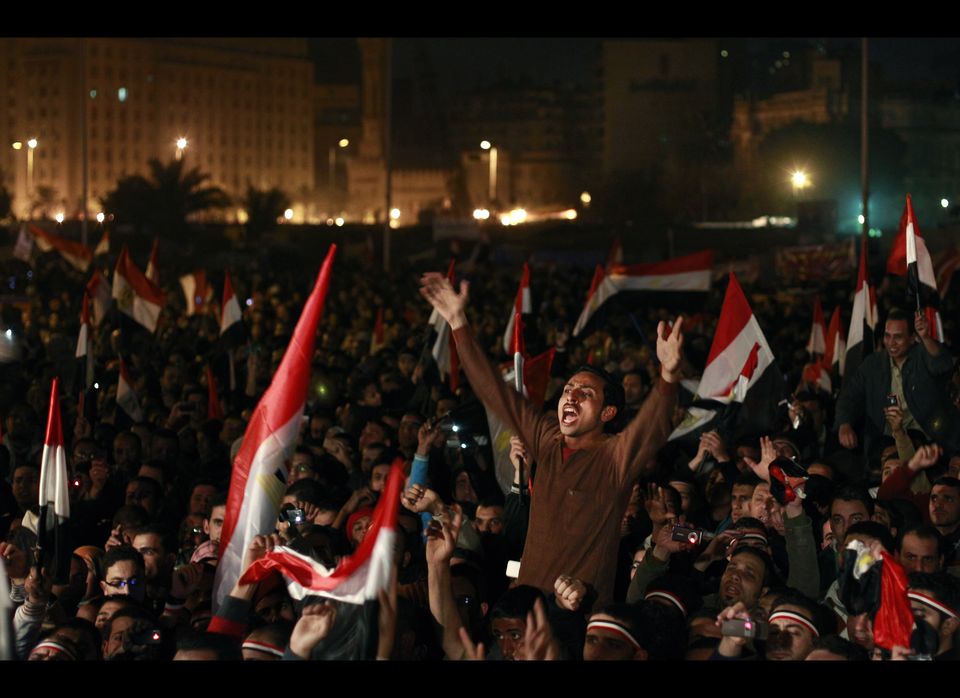