On November 28, Egypt opened the voting process for its 2011 parliamentary elections, and Google marked the historical occasion with a doodle on the search engine's home page for Egypt, Google.com.eg.

These elections are the first since the Egyptian people took to the streets during February's so-called "Lotus Revolution," which resulted in the resignation of the country's then-President Hosni Mubarak, who had held power for 30 years.

Voting for the lower house of parliament takes place in three stages, corresponding to three sets of governorates. Polls open in Cairo, Alexandria and seven other provinces on Nov. 28, with a second round of voting to decide seats with no outright majority scheduled for Dec. 5. Voting in provinces including Giza, Aswan and Suez begins on Dec. 14, with run-offs on Dec. 21. The third round of voting, for the North and South Sinai and seven other governorates, takes place on Jan. 3 with a run-off on Jan. 10. Each round of voting will take two days. Final results are due by Jan. 13. [...] Voting for the upper house begins in January. Egypt’s ruling military council has said it will transfer power to an elected president before the end of June, without specifying a date for the presidential vote.

Google's election-themed logo shows each letter in the company logo taking part in the voting process--from waiting in line, to filling out ballots, to slipping votes into a ballot box.

Egyptians are taking notice of Google's focus on the political elections. “I find [the Goodle doodle] very significant to the new generation in Egypt that uses technology. We all know what Google is and what it means for them to give us some international attention,” Egyptian journalist Nasry Esmat said, according to Mashable. “The doodle adds more to our pride.”

ITP.net notes that Google has also launched a news aggregation site, where visitors can find coverage of Egypt's parliamentary elections from across the web. "The service also provides voters with access to their voting information, using Google Maps, provides a YouTube channel for the elections called sayyedqararak, and allows users to share the Egypt elections on Google +," writes ITP.

Check out Google's logo commemorating the start of Egypt's elections (below). 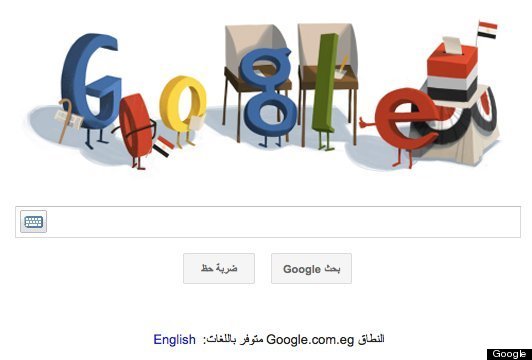 To see some of the most awesome Google Doodles ever created, check out our slideshow. 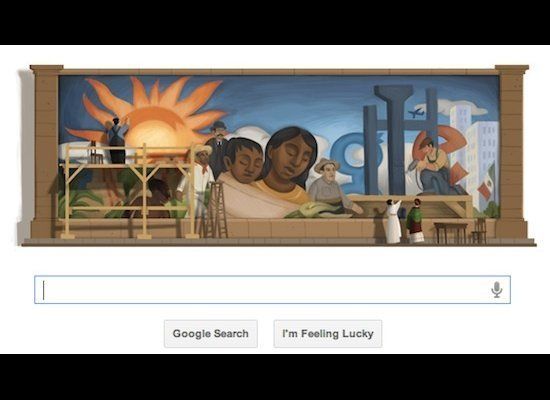