The Associated Press reports that Ethiopia has ratified a landmark accord with five other African countries concerning the shared use of the Nile River and its tributaries. The agreement is seen as a step forward in Ethiopia's plans to build a massive, hydroelectric dam on the Blue Nile River, which feeds the Nile. Egypt is neither a signatory of the new agreement nor a supporter of the dam, and Egyptian politicians have recently been caught suggesting that the dam be sabotaged, according to AP. If you are wondering why Egypt cares so much about the construction of a dam along the Blue Nile 1,400 miles away, look no further than the following map: 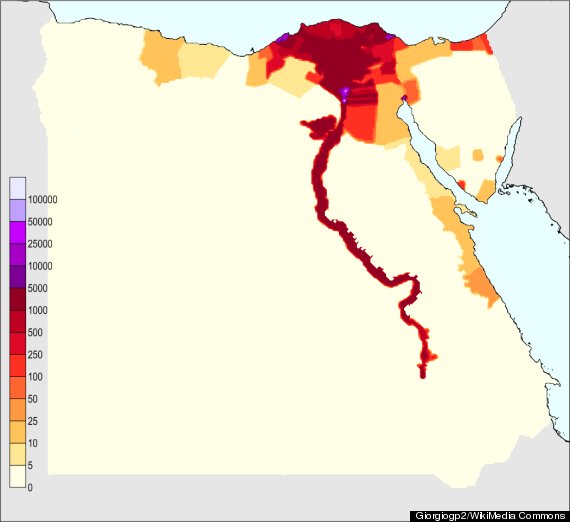 Created by Wikipedia user Giorgiogp2, this map depicts the population density of Egypt in 2010, measured in persons per kilometer squared, with the deeper shades having higher density. Data was taken from Columbia University's Socioeconomic Data and Applications Center.

The fight for control of the Nile is a complex and long-running issue involving factors such as British colonial policies, economics, and massive environmental questions. Organizations like GlobalPost, Reuters, and The Economist have terrific in-depth stories explaining these concerns. But ultimately, Egypt's commitment to preserving its control of the river is very easy to explain: the Nile is Egypt, and Egypt is the Nile.

Egypt is the most populous country in the Middle East -- the government estimates a population of close to 84.6 million people -- yet 97 percent of the country is barren desert. According to the Food and Agriculture Organization, 99 percent of the Egyptian population lives on that remaining 3 percent, most of which is the Nile River valley and delta, as the population density map shows. Though Egypt is yet to actually threaten military action to halt the Grand Ethiopian Renaissance Dam, President Mohamed Morsi has stated that all options are on the table. What is clear to Morsi was clear to every ruler of Egypt reaching back to the Pharaohs: without the Nile, there is nothing.

PHOTO GALLERY
Egypt: The Gift Of The Nile

Egypt Map Shows Why Ethiopia's Grand Renaissance Dam Is Such A Big Deal
Egypt: The Gift Of The Nile 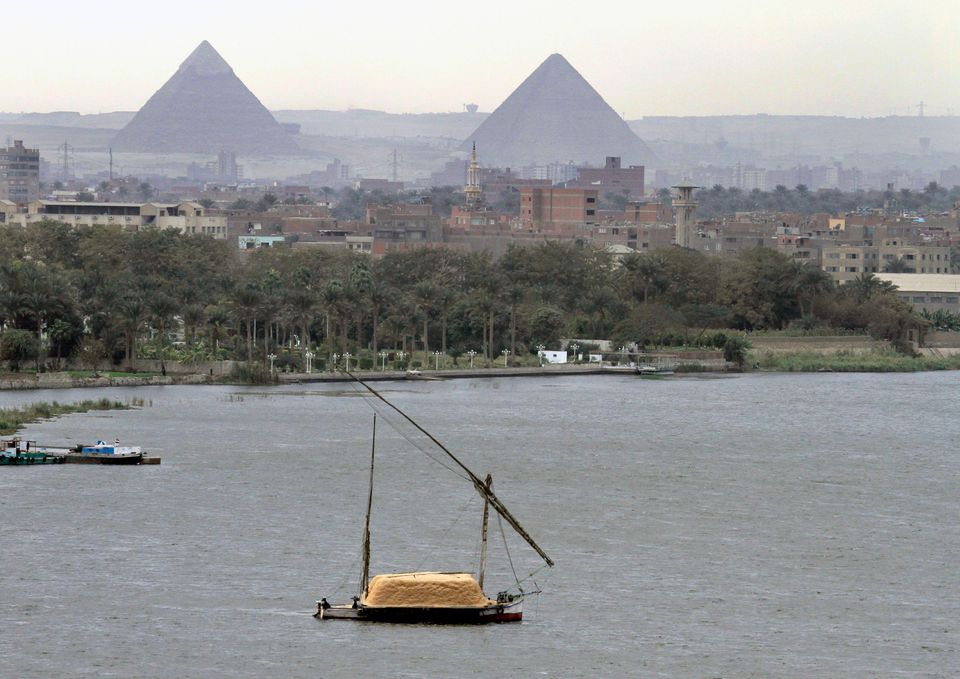 1 / 12
In this Tuesday, Jan. 22, 2013 file, a traditional felucca sailing boat carries a cargo of hay as it transits the Nile river passing the Pyramids of Giza in Cairo, Egypt. Politicians meeting with Egyptian President Mohammed Morsi have proposed hostile acts against Ethiopia to try and stop it from building a massive dam over the River Nile. Some of the politicians attending Mondays meeting with President Mohammed Morsi were not it was carried live on television. (AP Photo/Amr Nabil, File)
AP