CAIRO (AP) - The tombs of seven men, including several who served King Tutankhamen and his father, the pharaoh Akhenaten, were opened to tourists on Monday after restoration. (Scroll down for photos)

Egypt's minister of antiquities, Zahi Hawass, told reporters that the tombs in the New Kingdom Cemetery could draw more visitors to the site in South Saqqara, which is better known for its pyramids, including the Step Pyramid of Djoser.

The area served as the necropolis for the ancient Egyptian capital at Memphis.

Hawass noted that two of the men who built tombs for themselves -- Maya, the treasurer of King Tutankhamen, also known as King Tut -- and Horemheb, a general under King Tut who later became king himself, "were very important men during one of Egypt's most tumultuous periods."

Akhenaten, who lived some 3,300 years ago, closed down the temples where Egyptians worshipped in Luxor and moved his capital to a site in the desert known as Amara. After he died, King Tut tried to restore order in Egypt by moving the religious capital back to Luxor and re-establishing worship of the traditional god, Amun.

View photos of Hawass and his team at work here. Story continues below.

Under King Tut, "Maya was responsible for restoring order in Egypt, while his colleague Horemheb restored order abroad," the antiquities ministry said in a statement.

A tomb built for Meryneith, who was temple steward under Akhenaten, was of mudbrick encased in limestone blocks. A scene on a rear wall shows metal workers plying their trade.

Other tombs were built for Ptahemwia, who was the royal butler to both Akhenaten and King Tut; Tia, a top official under Ramses II who ruled from 1303-1213 B.C.; and Pay and his son, Raia. Pay was the overseer of the harem under King Tut, and Raia was a soldier who later took over his father's post.

Some of these tombs were first discovered in 1843 by German explorer Richard Lepsius, but were not fully excavated until an Anglo-Dutch mission began excavating there in 1975. Now a Dutch team from Leiden University excavates at the site and has been restoring the tombs. 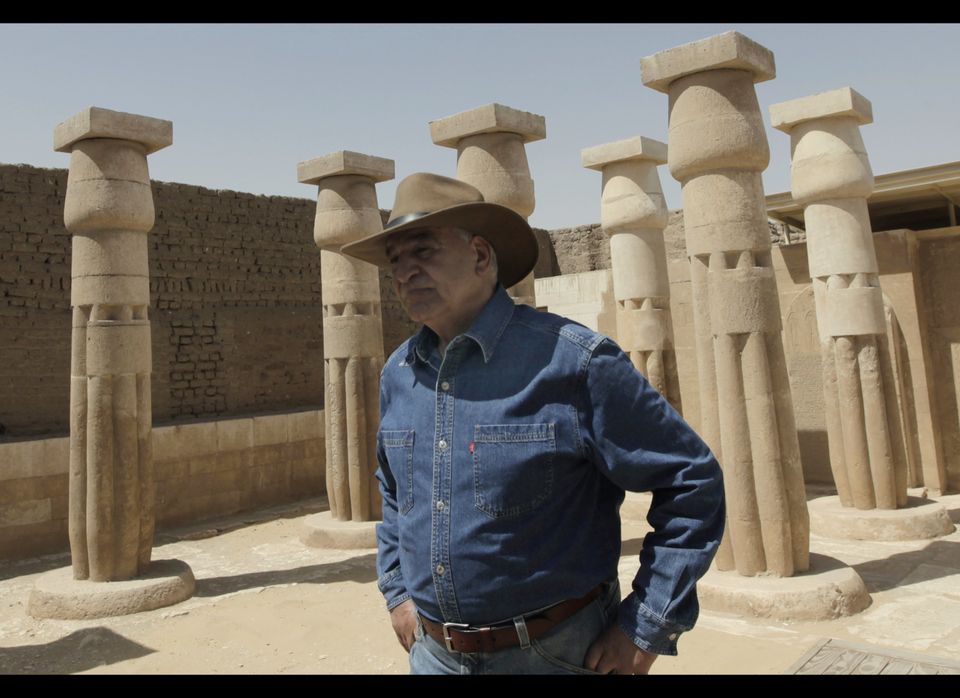