CAIRO, June 3 (Reuters) - Gunmen on a motorcycle shot dead two members of Egypt's tourism and antiquities police force on a road near the Giza pyramids on Wednesday, security sources said, in a rare attack near a tourist site.

No group immediately claimed responsibility but Islamist militants bent on toppling the Cairo government have killed hundreds of police and soldiers in the past, usually at checkpoints and barracks or police stations.

Attacks have increased since 2013 when then-army chief General Abdel Fattah al-Sisi led the overthrow of Islamist President Mohamed Mursi after mass protests against his troubled year in office.

A shift towards attacks on softer tourist and economic targets could undermine Egypt's efforts to win back foreign tourists scared away by political and economic turmoil since the 2011 uprising which ousted veteran autocrat Hosni Mubarak.

Tourism is one of the top sources of income and foreign currency earnings for the Arab world's most populous country.

The security sources said Wednesday's incident happened about 30 meters (yards) from a security checkpoint leading to the tourist site on the western outskirts of Cairo.

State news agency MENA confirmed that the policemen had been killed in the Haram area of Giza province.

Later in the day, a soldier was shot dead at a checkpoint in Sheik Zuweid, a town in the Sinai Peninsula on the border with the Gaza Strip and Israel, security sources said.

North Sinai is the epicenter of an Islamist insurgency. Sinai Province, a militant faction which changed its name from Ansar Bayt al-Maqdis last year after swearing allegiance to the ultra-hardline Islamic State group that emerged in Iraq and Syria, has claimed some of the deadliest attacks.

The government does not make a distinction between such groups and Mursi's Muslim Brotherhood, which has been banned as a terrorist organization and faces a crackdown that has landed thousands of its supporters in jail.

The Brotherhood denies any link to recent violence and maintains it remains committed to peaceful activism.

It said in a statement on Wednesday that security forces had arrested four of its leaders, including Mohamed Wahdan and Abdel-Azim Sharqawy, on Monday, the day before a court postponed issuing a final ruling over a death sentence recommendation for Mursi.

The report quoted a security source as saying the suspect had communicated online with IS members in Turkey and Iraq about recruiting fighters to the jihadist movement. (Reporting by Stephen Kalin; Editing by Mark Heinrich) 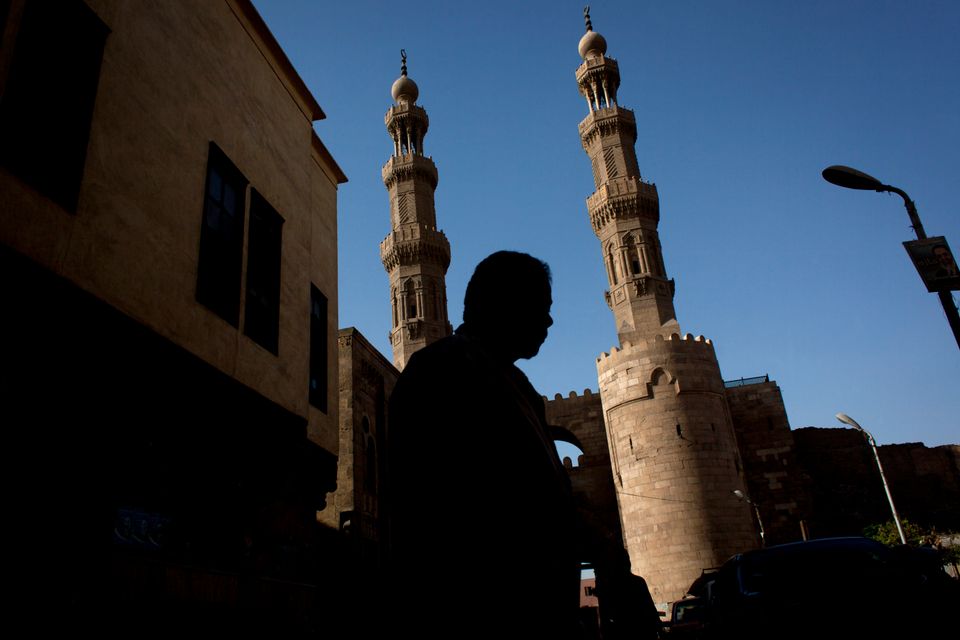 1 / 10
In this photo taken Tuesday, May 14, 2013, an Egyptian man passes by the Bab Zuweila, an archway that served as the southern gate of the medieval fortress wall that encircled the historical Fatimid Cairo, Egypt. Cairo, the Arab world's most populated city, is often referred to as an open-air museum of Islamic antiquities and the city of 1,000 minarets. But its rich history and contributions to Islamic art has languished. (AP Photo/Nasser Nasser)
AP