CAIRO, May 22 (Reuters) - Egypt holds its first genuinely contested presidential election this week, but Amr Adel believes nothing will really change as long as the military keeps an overt or covert grip on power.

Adel, 23, is one of the mostly middle-class, secular-minded young people who galvanised last year's demonstrations that in just 18 days snuffed out President Hosni Mubarak's 30-year rule.

Like many of them, he feels the struggle is unfinished.

"Any president who comes with Egypt's military dictatorship still in place means nothing. We have been living for decades in an oppressive police state and I don't see that this is changing. We need to keep spreading awareness," he says, sitting in a Cairo cafe surrounded by a pile of university books.

Disillusioned with the mainstream politics that emerged after Mubarak's fall, Adel has joined street protests against the army council which replaced the deposed leader and which has promised to make way for an elected president by July 1.

His eyes well up as he relates his volunteer experience at a makeshift clinic in November, tending casualties in violence between police and demonstrators near Cairo's Tahrir Square.

"It was a madhouse. Protesters were brought in with their eyeballs burst, birdshot in their bodies and head injuries," he recalls. "I was there when we received one of the first protesters killed in those clashes. He was aged 23, like me."

Youth activists like Adel say they have been squeezed out in past 15 months, partly by the organised power of Islamists who triumphed in a parliamentary election completed in January, and partly by the military council and establishment loyalists whom they accuse of hiring thugs to attack them during protests.

Many believe the military will continue to rule Egypt from behind a facade of democratic institutions, but they acknowledge they are uncertain about how to go forward.

NO PLAN FOR POST-MUBARAK ERA

"Before and after the revolution, we should have had a plan for what we would do after Mubarak left," says Ahmed Maher, a founder of the April 6th movement that sparked a wave of labour strikes in 2008, a catalyst of the revolt three years later.

Maher sees the long-entrenched army as the biggest obstacle to pro-democracy reform, accusing it of using violence against civilians to preserve its political and economic interests.

"If there is Islamic rule in Egypt, we can protest, fight, quarrel, file lawsuits, stage demonstrations, but with army rule there is no room for negotiation," the civil engineer argues.

Rights groups estimate that more than 10,000 people have been referred to military courts since Mubarak fell, four times the number who faced that fate during his rule, many of them youngsters jailed for criticising the military council.

Almost by definition, Egypt's young people - about a quarter of its 82 million people are aged 18 to 29 - lack political experience. Some of those involved in the struggle to bring down Mubarak now realise they must organise or risk fading away.

"Organisation remains the central question on which the success or failure of the revolution will depend," says Ahmed Nour, a 26-year-old doctor and member of the Revolutionary Socialists.

But the youth activists, plagued by ideological divisions, have found no clear, unifying vision - unlike the religiously inspired Muslim Brotherhood, which has worked for 84 years to build the grassroots networks so crucial to its success.

Deepening their frustration is the absence from the presidential race of any candidate around whom they could coalesce, at least since Mohamed ElBaradei, former head of the U.N. nuclear watchdog, quit the contest in protest at what he said was "the previous regime" still running Egypt.

They have little time for others such as former Foreign Minister and Arab League chief Amr Moussa, Mubarak's last prime minister, Ahmed Shafiq or the Brotherhood's Mohamed Mursi.

Ask Egypt's youthful revolutionaries what direction the country should take and you will get myriad responses. Some talk of socialism, some of a mixed economy, others of free markets.

Nour says such differences are natural, but that Egypt's politics are now distorted by a simplistic division into two camps: Islamists versus "liberals" - meaning anyone not espousing political Islam, regardless of their precise leanings.

After toppling an autocrat, Egyptians may take to the streets again if they feel oppressed, but street politics has its limitations, youthful activists acknowledge.

Their demonstrations now anger many ordinary people who blame unrest for Egypt's economic plight and the loss of livelihoods as investors and tourists shun the country.

Maher says street protests will remain a vehicle for his April 6 movement of well over 15,000 members, but does not rule out the idea of forming a political party a few years down the road if it can gather a broad enough popular base.

In the meantime, his group would informally back the Dustour party that ElBaradei is in the process of forming.

For many, protest fervour is no longer enough.

"We've reached a deadlock. There is no option but to enter formal, institutionalised politics," Adel says.

"Street protests alone aren't working any more. How will we get rid of army rule? Will we arm ourselves with weapons? We're not Libya or Syria." 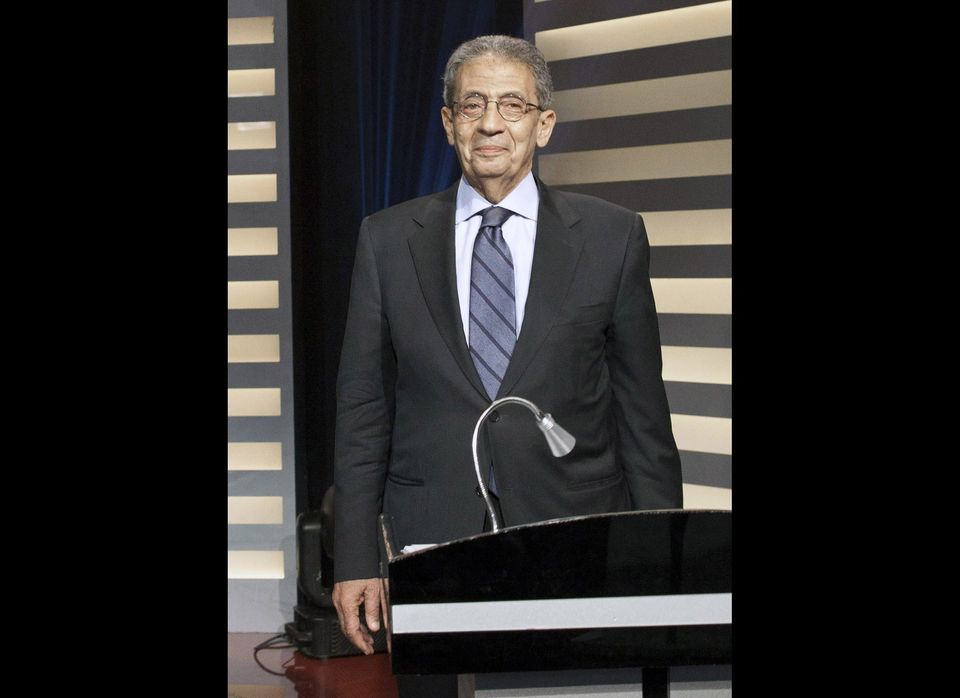 1 / 4
Amr Moussa
Former head of the Arab League, he is tainted for serving Mubarak as foreign minister but popular for his criticism of Israel which he says got him fired by Mubarak. Of secular background and West-friendly, 75-year-old Moussa benefits from image as experienced and able to fix the economy. Campaigned in poor and rural areas, promising to help them.
AP