A picturesque country gave the world many images on Sunday, but none of the usual tourist fare.

Protests continued for a sixth day in Egypt, where where photos of burning buildings and looting contrasted starkly with those of anti-government protesters handing flowers to soliders and joining them in prayer.

These 40 pictures capture some of the sights from one day in an country in chaos.

Click here for a complete primer on the conflict within Egypt, and click here for the latest from our Egypt liveblog. 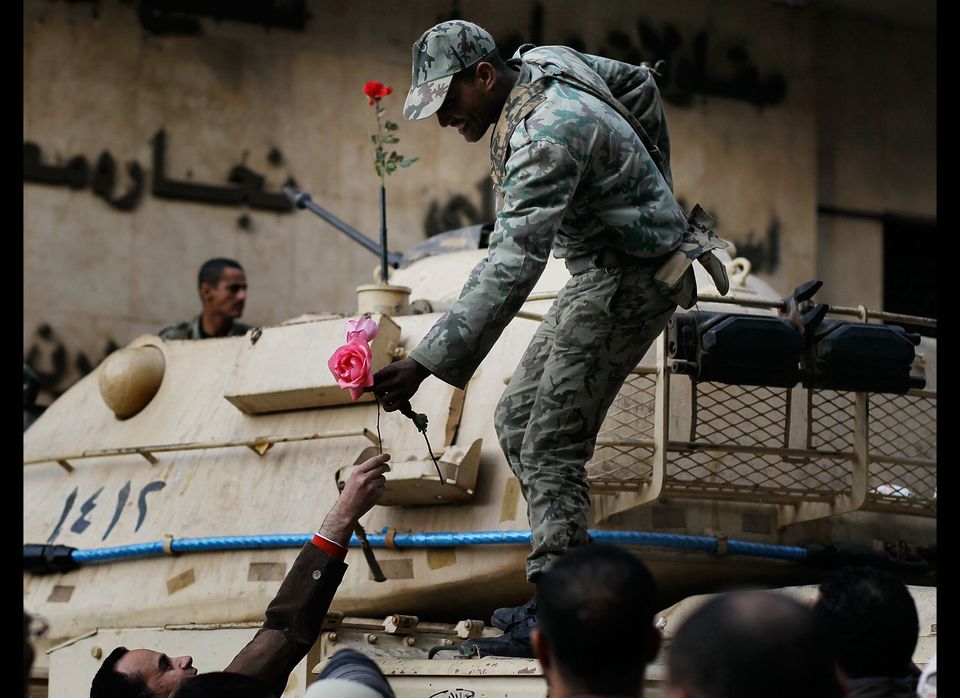 1 / 27
Anti Government Protesters Take To The Streets In Cairo
CAIRO, EGYPT - JANUARY 30: An Egyptian Army soldier is a handed a flower by an anti-government protesters in Tahrir Square January 30, 2011 in Cairo, Egypt. Cairo remained in a state of flux and marchers continued to protest in the streets and defy curfew, demanding the resignation of Egyptian president Hosni Mubarek. As President Mubarak struggles to regain control after five days of protests he has appointed Omar Suleiman as vice-president. The present death toll stands at 100 and up to 2,000 people are thought to have been injured during the clashes which started last Tuesday. Overnight it was reported that thousands of inmates from the Wadi Naturn prison had escaped and that Egyptians were forming vigilante groups in order to protect their homes. (Photo by Chris Hondros/Getty Images)
Getty