As the current Egyptian regime tried to quell nationwide protests over the weekend, President Hosni Mubarak turned off the Internet in an effort to stop the real-time flow of information that connected the angry, violent demonstrators to the outside world.

However, that didn't stop anti-government protesters from hitting the pavement both in Cairo and elsewhere with some colorful handmade placards. In downtown Cairo, one man held a sign that depicted Mubarak as the devil, with a slogan reading, "The killer failed." Egyptians living in Seoul, Germany and the U.S. were similarly unsubtle with their signs, all contributing to what the BBC describes as a "carnival atmosphere."

Take a look at some Egyptian protest signs from around the world here: 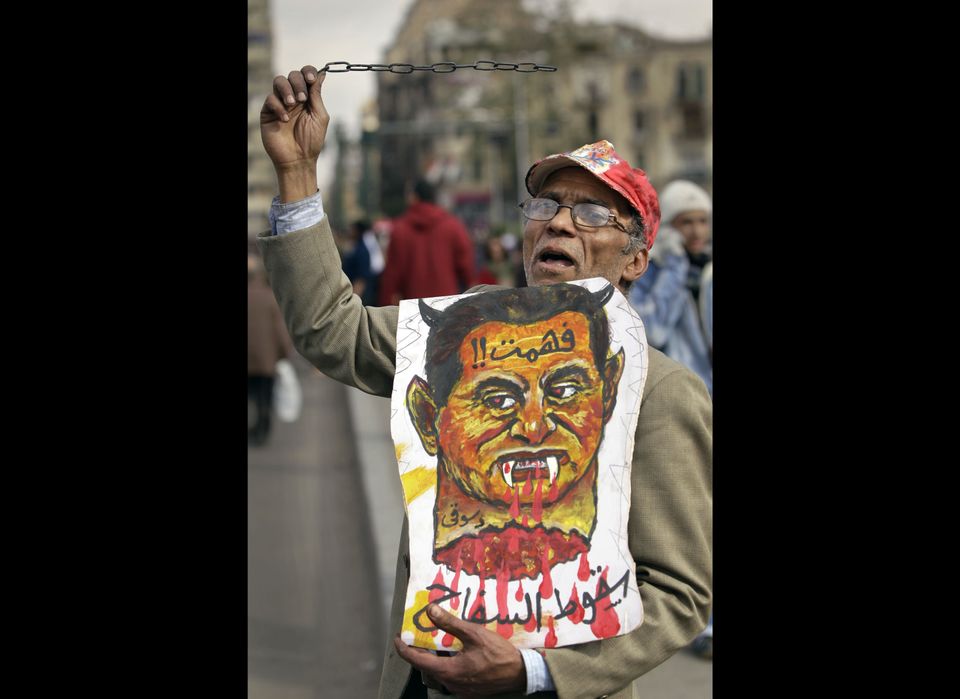 1 / 12
An anti-government protester swings a metal chain and holds a poster representing Egyptian President Hosni Mubarak saying "I understand!!" accompanied by words beneath reading "The killer failed," at the continuing demonstration in Tahrir Square in downtown Cairo.
AP