CAIRO, Dec 17 (Reuters) - Eight people have been killed as clashes between troops and protesters in central Cairo spilled over into a second day, Egyptian state television said on Saturday.

It also said that 303 people had been wounded in the unrest in the capital, whose centre has turned into a smoke-filled battleground in some of the most violent clashes since a popular uprising ousted President Hosni Mubarak last February.

Clashes around government offices and parliament raged on after nightfall on Friday, with protesters throwing petrol bombs and stones at soldiers who used batons and what witnesses said appeared to be electric cattle prods.

The violence has sharpened tensions between the ruling army and its opponents, and clouded a parliamentary vote set to bring Islamists, long repressed by Mubarak, to the verge of power. 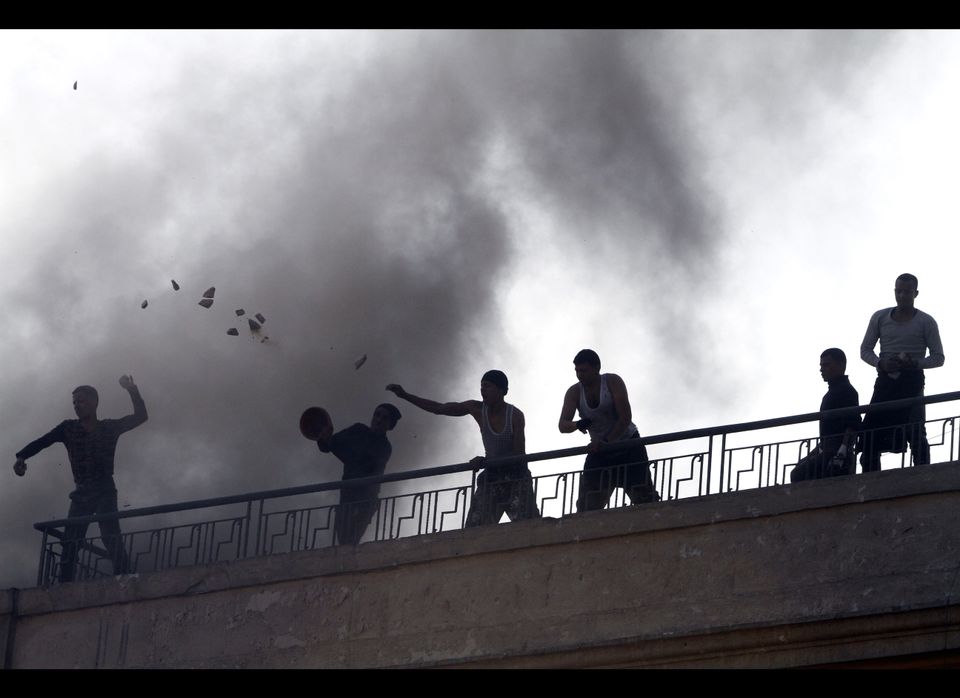 1 / 12
Supporters of the military rulers of Egypt throw stones at opponents demonstrating against the army rule from the roof of the building housing the ministry of transport and communications in central Cairo on December 17, 2011. Clashes between Egyptian security forces and protesters have killed eight people and wounded another 299, the health ministry said in the morning. (MOHAMMED ABED/AFP/Getty Images)
Getty