Amid the unrest in Egypt, colleges across the United States -- most prominently the entire University of California system -- have suspended their study abroad programs in Cairo, a move that's sparked outrage among some students and alumni.

The decision to suspend the program was made after the U.S. State Department issued a travel warning telling American citizens to avoid visiting Egypt due to the country's political and social unrest. DeRomana noted that the government's travel warning played a large part in the UC's move to block some 22 students who were planning on taking classes in advanced Arabic, among other subjects, at the American University in Cairo this coming fall semester.

"These types of decisions always depend on what happening on the ground," DeRomana explained. "An increase in violence is usually a trigger, as is not being able to get a feel for what local police are doing."

Ten UC Davis students and staff members on a faculty-led program in Cairo were airlifted from the city and flown to Europe earlier this month near the outset of the turmoil.

While the UC Davis students weren't in immediate physical danger at the time of their evacuation, American college students have numbered among the country's casualties in recent weeks. Andrew Pochter, a 21-year old student attending Kenyon College, was fatally stabbed.

Similar student evacuations were conducted by University of Michigan, George Washington University and for U.S. Fulbright scholars associated with a number of different institutions.

"The suspension of this...program represents a great loss of opportunity for students," UC Berkeley alumni Ani Glenesk, who studied abroad in Cairo between 2008 and 2009, told student newspaper the Daily Californian. "I'd encourage all students who can to still find a way to study and learn in the Middle East."

The individual coordination by students for study abroad programs often takes months of planning, especially as many of the students who signed on to participate in the program had received grants or fellowships to subsidize their scholarship.

UC officials, who are unable to predict what Egypt's political situation will be several months from now, suspended the program to alleviate uncertainty and give the affected students the opportunity to transfer to similar programs in comparatively safer locales like Jordan, Israel or Turkey.

This incident isn't the first time this particular exchange program has been suspended -- similar measures were taken during the Egyptian Revolution during the height of the Arab Spring in 2011. However, the program was reinstated the following year.

A study by DeRomana's group showed that about 1,100 American college students studied in 2012 in Egypt, down about 40% from the year before. Some students stayed away from what seemed like an unstable place, and some schools ended programs.

Even so, the current round of unrest hasn't quite prompted the same mass exodus of students that happened during the Arab Spring.

UC officials are hoping to restart their Egyptian programs in the spring of 2014, but insist they will be making that determination as the school year progresses -- looking at whether the country's situation stabilizes or further deteriorates. 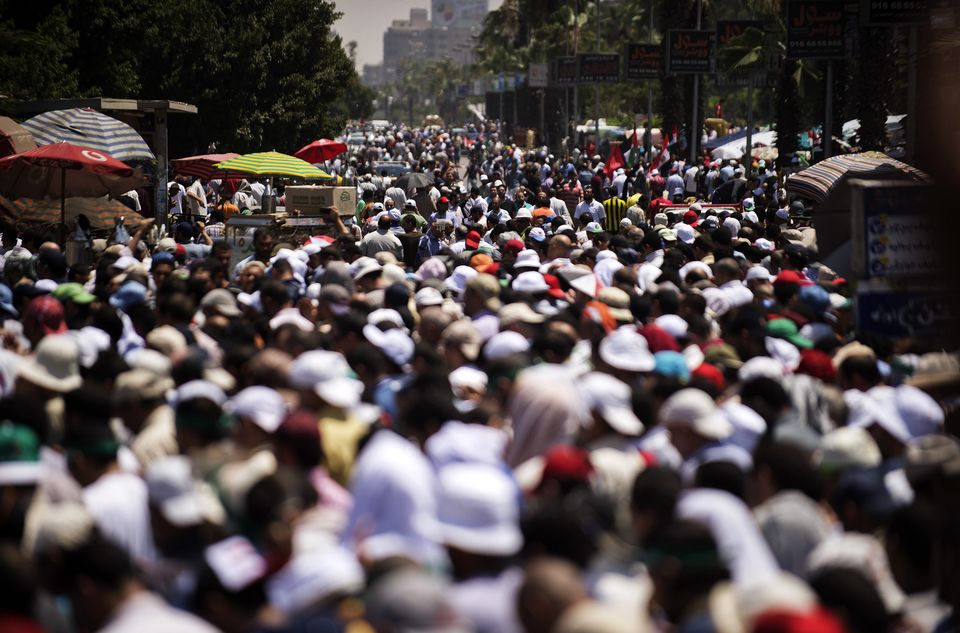 1 / 10
Thousands of Islamists and Muslim Brotherhood supporters attend the Friday prayers as they gather at Rabaa al-Adawiya mosque to start an open-ended sit-in in support of the legitimacy of President Mohamed Morsi in Cairo on June 28, 2013. (GIANLUIGI GUERCIA/AFP/Getty Images)
Getty Images