Egypt plans to ban any "romantic" songs from playing during daytime and primetime hours on many local television channels, state-run newspaper Al-Ahram reported Thursday. Instead, the government will only allow "patriotic" music and other suitable nationalist tunes that are "worth broadcasting" to be played on the 23 state-owned networks as the country prepares to vote on a constitutional referendum this week.

The move is another example of how the government is tightening its grip on the media in anticipation of the Dec. 15 referendum vote that could result in the passage of a contentious new constitution pushed through the assembly by Islamist supporters of President Mohammed Morsi.

Although "romantic" music will not be banned all together, it has been regulated to the early morning hours after 2 a.m., instead of playing in regular intervals between movies and TV shows. Other non-patriotic songs will also be excluded from broadcast because of the "sensitiveness of the political situation," the Star writes.

The upcoming vote has sparked a deep divide between Islamists who are expected to vote "yes" and the opposition, made up of secular and left-wing groups.

The Associated Press explains that while Egypt's opposition initially tried to boycott the referendum, the anti-Morsi camp is now urging followers to vote "no" and strike down the constitution drafted by the Islamist-led constituent. Opponents criticize the draft for undermining human rights, allowing religious authorities too much influence over legislation and restricting judicial independence.

Violent protests erupted three weeks ago when Morsi issued a decree that gave him sweeping powers, and "more blood" will likely be shed during the referendum, a leading opposition leader warned Thursday. 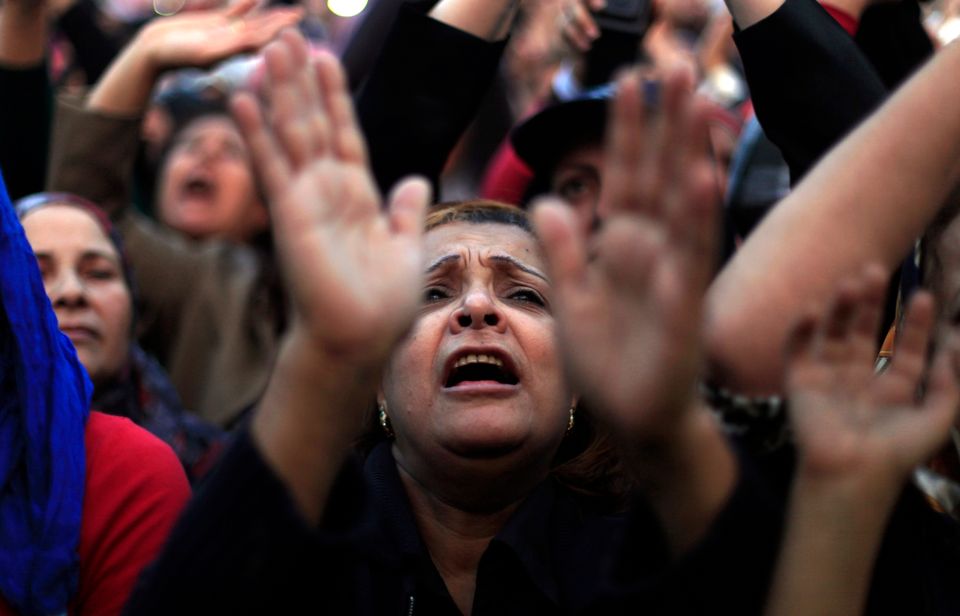 1 / 15
Egyptian protesters chant slogans at rally in Tahrir Square in Cairo, Egypt, Tuesday, Nov. 27, 2012. Egyptians flocked to Cairo's central Tahrir square on Tuesday for a protest against Egypt's president in a significant test of whether the opposition can rally the street behind it in a confrontation aimed at forcing the Islamist leader to rescind decrees that granted him near absolute powers. (AP Photo/ Khalil Hamra)
AP Photo/ Khalil Hamra