PARIS/CAIRO, May 21 (Reuters) - The EgyptAir jet which crashed in the Mediterranean on Thursday sent a series of warnings indicating that smoke had been detected on board, shortly before it disappeared off radar screens, French investigators said on Saturday.

A spokesman for France's BEA air accident investigation agency said the signals did not indicate what caused the smoke or fire on board the plane, which plunged into the sea with 66 people on board as it was heading from Paris to Cairo.

But they offered the first clues as to what unfolded in the moments before the crash.

One aviation source said that a fire on board would likely have generated multiple warning signals, while a sudden explosion may not have generated any - though officials stress that no scenario, including explosion, is being ruled out.

Egypt said its navy had found human remains, wreckage and the personal belongings of passengers floating in the Mediterranean about 290 km (180 miles) north of Alexandria.

The army published pictures on Saturday on its official Facebook page of the recovered items, which included blue and white debris with EgyptAir markings, seat fabric with designs in the airline's colors, and a yellow lifejacket.

Analysis of the debris and recovery of the plane's twin flight recorders are likely to be key to determining the cause of the crash - the third blow since October to Egypt's travel industry, still reeling from political unrest following the 2011 uprising that ousted Hosni Mubarak.

A suspected Islamic State bombing brought down a Russian airliner after it took off from Sharm el-Sheikh airport in late October, killing all 224 people on board, and an EgyptAir plane was hijacked in March by a man wearing a fake suicide belt.

A message purporting to come from Islamic State urged attacks on the United States and Europe in the Islamic holy month of Ramadan beginning in early June. "Ramadan, the month of conquest. Get prepared...so that you make it a month of calamity on the non-believers anywhere," said the message posted on Twitter accounts that usually publish Islamic State statements.

It made no claim of responsibility for the Egyptair crash.

The October crash devastated Egyptian tourism, a main source of foreign exchange for a country of 80 million people, and another similar incident would crush hopes of it recovering.

Egypt's tourism revenue in the first three months of the year plunged by two thirds to $500 million from a year earlier.

The signals from the plane "do not allow in any way to say what may have caused smoke or fire on board the aircraft," said a spokesman for the French BEA agency, which is assisting an official Egyptian investigation.

He added that the priority now was to find the two flight recorders, known as black boxes, containing cockpit voice recordings and data readings, from the Airbus A320 which vanished from radar early on Thursday.

the head of the Egyptian investigation team was quoted by Egypt's state-owned Al-Ahram newspaper as saying a preliminary report into the crash would be presented in a month.

Civil Aviation Minister Sherif Fathi told reporters an additional challenge in the hunt for the black boxes was the depth of the Mediterranean in the area under search. "What I understand is that it is 3,000 (meters)," he said.

That would place the black box locator beacons, which last for 30 days, on the edge of their detectable range from the surface based on the type of acoustic equipment typically used during the first stages of a search, according to a report into the 2009 crash of an Air France jet in the Atlantic.

"No important devices from the plane have been retrieved so far," Fathi said.

The flight data transmitted before the crash was sent through an automatic system called the Aircraft Communications Addressing and Reporting System (ACARS), which routinely downloads maintenance and fault data to the airline operator.

Aviation Herald, a respected Austria-based website specializing in air accidents, first published a burst of seven messages broadcast over the space of three minutes. These included alarms about smoke in the lavatory as well as the aircraft's avionics area, which sits under the cockpit.

While suggesting a possible fire, the relatively short sequence of data gives no insight into pilot efforts to control the aircraft, nor does it show whether it fell in one piece or disintegrated in mid-air, two aviation safety experts said.

The data fragments also included alarms related to cockpit window heating and two flight control computers, both of which have backups.

"The question now is whether the fire that caused the smoke was the result of an electrical fault - for example a short-circuit caused by damaged wiring - or whether some form of explosive or incendiary device was used - for example by a terrorist - to generate a fire or other damage," aviation safety expert David Learmont said.

The ACARS data suggested the fire had spread quickly and "that might explain the fact that there was no distress call," Learmont wrote in a blog.

The aircraft was carrying 56 passengers, including a child and two infants, and 10 crew. They included 30 Egyptian and 15 French nationals, along with citizens of 10 other countries.

Egyptair said officials met family members and told them the process of gathering body parts and information would take time, while DNA testing to identify victims would require weeks.

French Foreign Minister Jean-Marc Ayrault, who met relatives of crash victims in Paris on Saturday, said there were several possible causes. "At this very moment all scenarios are being examined and none is being given greater emphasis," he said.

France sent a plane and navy ship to help the search, centered on an area just south of where the signal from the plane was lost early on Thursday.

EgyptAir Chairman Safwat Moslem said the radius of the search zone was 40 nautical miles, but could be expanded. The radius is equivalent to an area of 5,000 square miles (17,000 square km), the same expanse covered in the initial hunt for the Air France jet in 2009.

The large area reflects the fact that neither jet could be accounted for in the last few minutes of flying time. 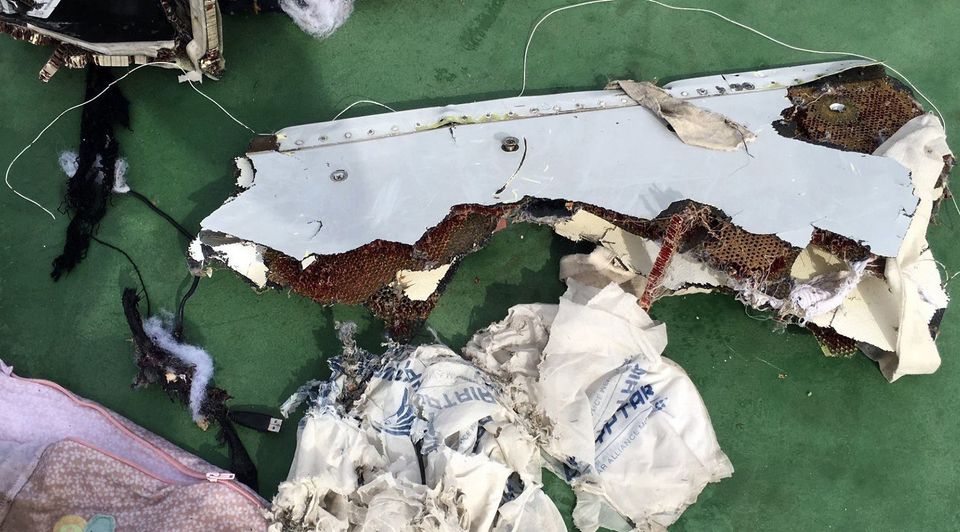 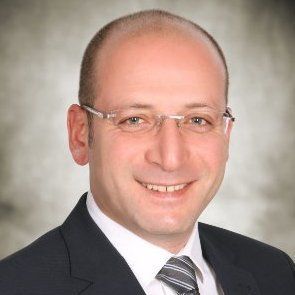