Militants bombed an Egyptian gas pipeline responsible for bringing fuel to Israel and Jordan on Saturday.

According to the BBC, two remote-controlled bombs went off in the Mazar area of Egypt's Sinai Peninsula, west of the Israeli border, shutting down the pipeline. The bombings are believed to have been the work of militant groups who oppose the sale of gas to Israel, the outlet adds.

The pipeline has been the target of several attacks in the past.

Also on Sunday, militants attacked four checkpoints in the Sinai town of Sheikh Zuweid, according to Reuters.

Sinai has seen a surge in violent attacks since the fall of Egypt's former dictator Hosni Mubarak in 2011. Militants made use of a security vacuum to establish strongholds in the remote region.

The Sinai Peninsula has seen "major disturbances" since then, the Agence France Presse notes. A day before the bombings, armed Morsi supporters stormed the provincial headquarters of the city of el-Arish, raising the black flag associated with Islamist militants. Five police officers were gunned down at checkpoints in the area on Friday, Reuters reports.

Fears of more violence across Egypt continued on Sunday as both the Muslim Brotherhood and its opponents called for more protests. Egypt's armed forces warned that "provocative actions" will be "dealt with decisively." 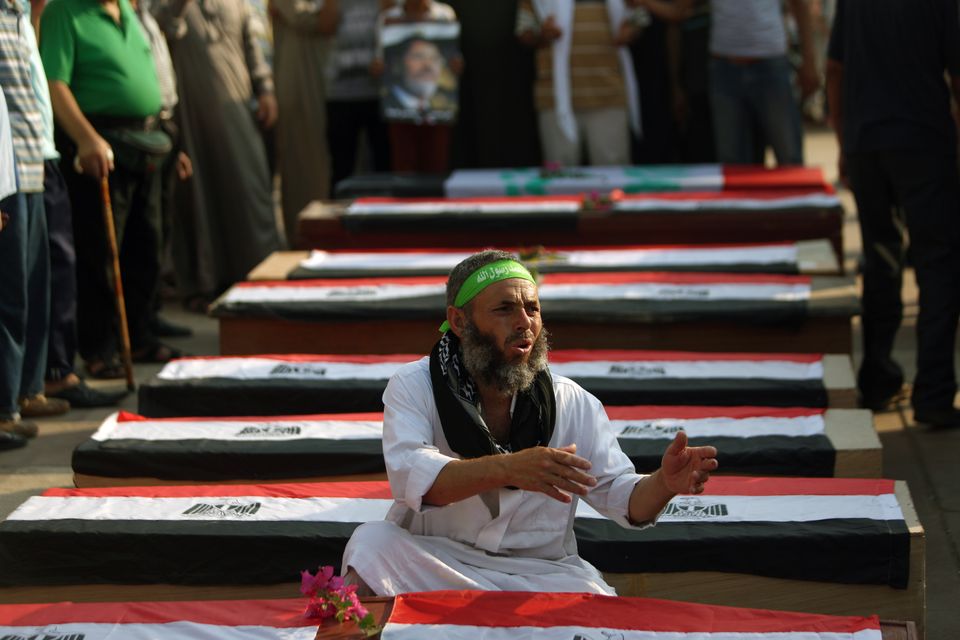 1 / 36
A supporter of deposed Egyptian president Mohamed Morsi sits near an empty coffins during a fake funeral in the memory of their fellow protesters who died during clashes the day before, on July 9, 2013 as part of a rally in support with Morsi in front of Cairo's Rabaa al-Adawiya mosque. Egypt's armed forces warned in a statement against any attempt to disrupt the country's 'difficult and complex' transition. (MAHMUD HAMS/AFP/Getty Images)
MAHMUD HAMS/AFP/Getty Images