A long-forgotten queen of Egypt has been rediscovered by Czech archaeologists, who unearthed her 4,500-year-old tomb at the Abusir necropolis just outside of Cairo.

Inscriptions on the tomb indicate her name was Khentakawess, or Khentkaus, and that she was married to the Pharaoh Neferefre, also known as King Raneferef, who ruled briefly during the 5th Dynasty of the Old Kingdom, the team announced on Sunday.

Since there have been two other queens with the same name, the archaeologists are calling her Khentakawess III, or Khentkaus III, according to AFP. 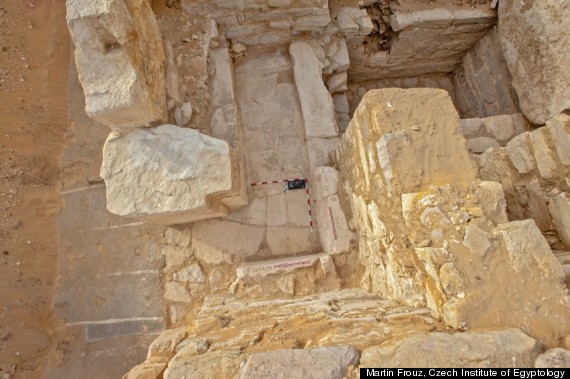 It's the "first time we have discovered the name of this queen who had been unknown before the discovery of her tomb," antiquities minister Mamdouh al-Damaty said in a statement cited by AFP. "This discovery will help us shed light on certain unknown aspects of the Fifth Dynasty, which along with the Fourth Dynasty, witnessed the construction of the first pyramids."

Inscriptions also identify her as "wife of the king" and "mother of the king."

Miroslav Barta, head of the team that made the discovery, told the EFE news agency that Khentakawess III would have been the mother of Pharoah Menkahur in addition to being wife of Neferefre.

While the tomb had long ago been raided by grave robbers, the archaeologists found a number of statuettes as well as utensils made of limestone and copper, the Czech Institute of Egyptology said in a news release: 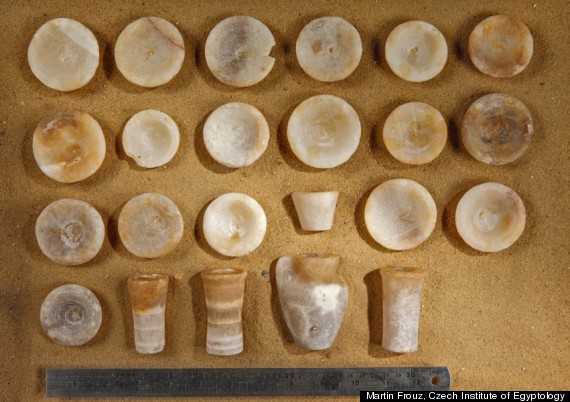 "The tomb is very similar to the rest of the burial in the cemetery which was unearthed by the Czech mission in the '90s," Kamal Wahid, Giza Antiquities director, told the Luxor Times. "The upper part is a mastaba and a small offerings chapel and the burial chamber in the lower part which is reached through a shaft.”

Neferefre's reign as pharaoh is believed to have lasted just two or three years, according to Tour Egypt, which may be why his pyramid was never completed. Today, it's often referred to as "the unfinished pyramid."

Abusir is located just to the south of the Giza complex famous for the Great Pyramid, and just to the north of Saqqara, home of the step pyramid of Djoser.