Yara Sallam, the transitional justice officer at the Egyptian Initiative for Personal Rights, was arrested on June 21 a block away from a Cairo protest march against a draconian law that effectively bans demonstrations. Under the law, in effect since November 2013, thousands of people have suffered from arrest and detention.

She wasn't taking part in the demonstration, but after only one short appearance in court a few days after the arrest, the judge adjourned the misdemeanor trial until September 13. Legal experts expected Yara and the 22 other detainees in this case to be released on bail, but the judge decided to keep them all in custody. They joined more than 40,000 people who have been arrested or detained in Egypt since July 3, 2013, when the military deposed the Muslim Brotherhood government.

As a human rights worker, I thought I would feel the same compassion for all victims of the police state. But it has turned out to be very different when a friend is arrested. I can't stop the questions in my head: how is she spending the long hours of day in prison? How does she sleep? What does she eat? How does she handle the stifling heat? How are they treating her? 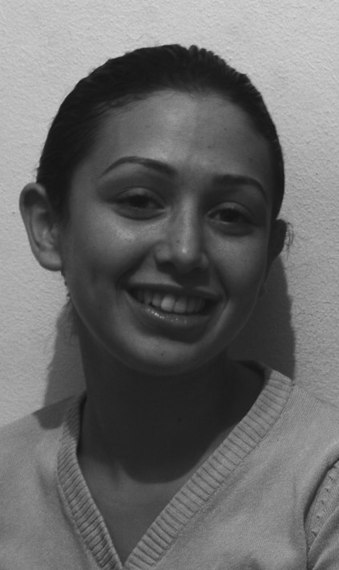 I will not be discussing tyrannical laws here, though, or try to explain Yara's legal predicament and the complete lack of evidence against her. Instead I want to describe a person who has dedicated herself to seeking justice and women's rights, in a time when working for human rights here can land you in prison.

Even as I think of Yara in prison, I think of Hend Nafea, whose bruised face and broken limbs had become icon of defiance against Egyptian security force brutality toward peaceful protesters at the end of 2011. Nafea came from the rural town of Benha in the Delta, and her exposure on television screens and in newspapers was a source of shame for her traditional family. When she learned of Yara's arrest she described how Yara materialized next to her after her own arrest.

"She was shouting at the soldiers who were dragging me and insisting that I climb seven flights of stairs instead of taking the elevator to the prosecutor's office when my arms and legs were broken," Nafea wrote on Facebook, "She then took me in her arms in a long hug that I needed. She held my hand and stood next to me until the questioning was over. She...insisted on staying with me till the last minute."

Yara is an excellent lawyer, a hard-working researcher and a first class rights defender. She is also a fiercely loyal friend, a devout daughter and one of those rare people who find reasons for optimism in every situation.

Yara's work has never been only to earn a living. After studying law at Cairo University, Yara joined the Egyptian Initiative for Personal Rights in 2007 as a researcher on the freedom of conscience.

"I'm not a lawyer in the classic meaning of the word," Yara once told her mother, Rawya Sadeq, an artist, "I believe in the right of all to a defense and to a fair trial. But I'm a human rights activist and I choose the people I side with and defend." In 2010 she went to work in Gambia for the African Commission on Human and Peoples' Rights, then developed a program to honor women human rights defenders for the organization Nazra for Feminist Studies. She was awarded the Human Rights Defenders in North Africa Prize for that program. But her work went beyond documenting and researching violations of women's rights. She and her colleagues also provided medical, legal and psychological support for women who needed it.

During the first exciting months of the 2011 uprising, Yara was still in Gambia. She missed out on the hopeful part and came back to find her friends -once celebrated as national heroes-- being labeled "traitors." It only got worse. "By the time Yara came back, the euphoria was gone and hope was much harder to maintain." Magda Bortous, a close friend and a fellow rights defender, told me, "Unlike us, she did not have these memories to keep her going, yet she always remained optimistic."

After chasing from one detention facility to the next as Yara was moved, her mother, was only able to see her for a few minutes in the week that immediately followed her arrest.

The first time her mother tried to see Yara in Qanater Prison in late June, she could not. "My trip was unsuccessful and I wasn't allowed to see her," she told me. "So, I stood in the prison yard looking at the rows of families standing in the stifling summer heat holding plastic bags loaded with food for their loved ones while security agents tormented them with hours of waiting, degrading searches and screaming in their faces."

As I think about Yara and what is happening to her, endless questions are whirling around in my mind. As it turns out, having a loved one behind bars turns life upside down. Yara's friends, family, and many others want Yara free because she's an inspiring friend, a dutiful daughter and an exceptional colleague. She's a source of optimism and hope for all those around her. The government shouldn't be locking hope up behind bars.

Dalia Abd El-Hameed is the gender and women's rights officer for the Egyptian Initiative for Personal Rights (EIPR).