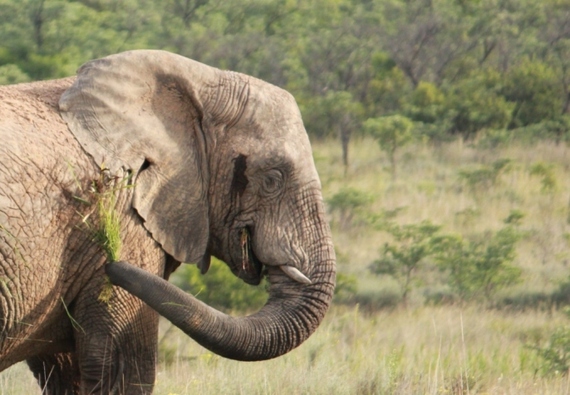 "From what I can see, if China and Japan banned the domestic ivory trade today, and enforced it, poaching would start to decline immediately across Africa," says Allan Thornton, Founder of the Environmental Investigation Agency. "This is what happened after the 1989 ivory ban was introduced. Within a few months the trade just plummeted across Asia because the markets were shut down. "

EIA are the original eco-spooks of the wildlife trade, behind groundbreaking investigations that contributed significantly to both ivory and rhino horn bans in the previous poaching crisis of the eighties.

It's been 17 years since Japan was authorized to legally buy ivory from the Southern African states by CITES, and as far as EIA can see, they have been non-compliant with the CITES regulations throughout that period. The same with China, since they purchased ivory in 2008 they have never been in compliance with the CITES ivory regulations to have demonstratively effective controls over the raw tusks and over worked ivory.

Ivory is a minuscule contribution to China's economy, yet if the government shut down the carving factories it would be a huge moral and diplomatic win for the Chinese government. As Thornton explains it, the challenge we face with ivory is that there is a small group of influential people who receive government protection, and they have been able to make a lot of money in trading in poached ivory.

"And in China," adds Thornton. "Ivory figurines are a popular way of making non-cash bribes to civil servants."

EIA has been investigating the illegal ivory trade in China since 1999, and during a series of investigations between the years 2010 and 2014, EIA interviewed half a dozen ivory traders in one particular area, none of whom knew each other, and when the Asian undercover investigator asked them how much of the ivory is illegal, their response was the same: "At least 90% of the ivory in China is illegal." 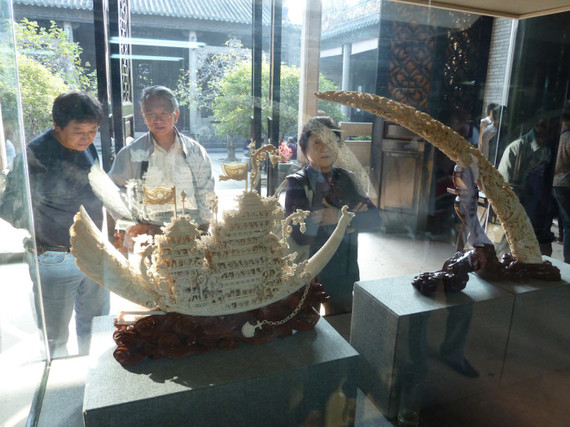 They also interviewed seven ivory traders in one area of China, all of whom were ivory dealers registered with the Chinese government - and they all admitted to trading in illegal ivory.

"Four Chinese government owned companies purchased 60 tonnes of ivory through the CITES legal auctions in 2008," explains Thornton as he delves into the historic failures of the ivory trade. "Contrary to the prevailing CITES theory that this ivory sale would flood the market in China, which EIA considered a preposterous notion, the result was that the Chinese government bodies decided to sell only five tonnes a year. And when you talk to the ivory dealers they say that amount of allocation only lasts one month. And so the other 11 months is illegal ivory."

Ivory trading is easy money for criminal syndicates. The selling of small amounts of ivory to such a potentially huge market that has been massively stimulated has rapidly driven the prices up.

"From our point of view," adds Thornton. "The whole intention of a slow release of ivory onto the market was to drive up the price of ivory, which has increased dramatically. And this increased demand for ivory has overwhelmed the capacity of African elephant range states."

Another factor to consider in this current poaching crisis is that China has become Africa's number one trading partner. The Chinese footprint across Africa, tens of thousands of businesses opening across Africa every month, is instigating and leading to many Chinese in different industry sectors to get involved in illegal ivory trade because the rewards are so great.

If only a tiny fraction of 1% of people in China were buying ivory that market potentially could buy up all the ivory on all the elephants in Africa today. And the current situation in China is that buying ivory is considered a smart investment.

"This is exactly the same thing we saw leading up to the 1989 ivory ban," continues Thornton. "Dealers and buyers of ivory could see that the elephants were being wiped out, and so they knew the value of ivory would continue to increase, making it a smart investment. All of those danger signals are very clear to EIA, and that is why we have to ban all domestic and international ivory trade."

From the '80s poaching crisis to the current poaching crisis, some of the players have changed, new markets have emerged, but there are many lessons from the past that we can learn from. And we must. Because if we do not take the lessons of the past, we are doomed to repeat.

Coming up next week... EIA: China, Tanzania and the blood ivory blacklist

Jamie Joseph is a writer and environmental activist working fulltime on the poaching crisis. She is the founder of savingthewild.com. Follow her journey on Facebook and Twitter.