Click through the photos to see photos from this year's Eid ul-Adha celebrations:

Eid al-Adha, the Festival of Sacrifice, is observed on Oct. 26, 2012 in the United States. One of two feast festivals celebrated by Muslims, Eid al-Adha falls on the 10th day of the Islamic calendar’s last month, Dhu al-Hijjah.

Eid al-Adha falls within the annual pilgrimage to Mecca known as the Hajj. Determining the exact date of Eid al-Adha, is a point of contention and some wait for an official announcement from the authorities in Mecca.

The festival commemorates Abraham's willingness to follow God's command to sacrifice his son Ishmael and Ishmael's consent to being sacrificed. Today, it is is marked by slaughtering animals to feed the poor. Coming at the end of the Hajj, a journey of dedication and purification, Eid al-Adha is understood as an opportunity for second chances.

According to the Quran, when Ishmael (known as Isma'el in Arabic) was 13, his father, Abraham (Ibrahim), began having inconceivable dreams in which God instructed him to sacrifice Ishmael (Quran Surah 37). Unbelievable as the dreams were, Abraham decided to follow Allah's instructions -- but not before asking Ishmael if he would agree to this. The son did not hesitate, showing ultimate submission to God's will by telling his father to go through with the sacrifice. Then, at the very moment that Abraham raised the knife, Allah tells him to stop -- they had passed the test -- and to replace Ishmael with a sacrificial ram. In the Quran, Abraham is rewarded for his faith with a second son, Isaac.

In a symbolic act, Muslims who can afford it slaughter a cow, goat, sheep or camel, keeping a portion to feed themselves and distributing the rest to friends, family and the needy. Those who can't afford it, buy meat from a Halal butcher to distribute. Giving out this meat, in addition to the morning prayers, is considered an essential component of Eid al-Adha. 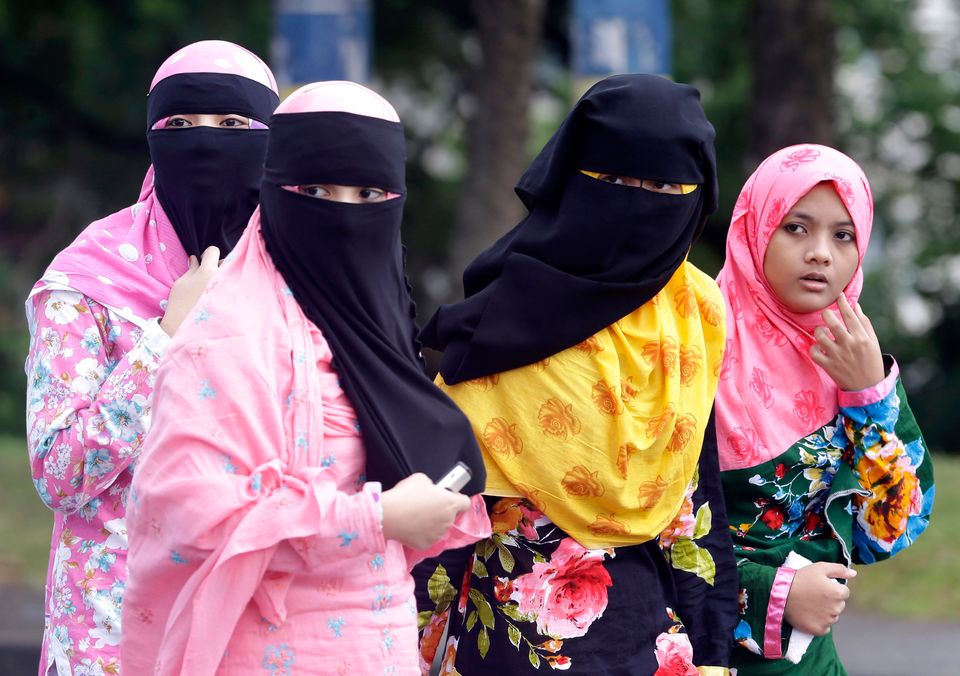 1 / 21
Filipino Muslims walk back to their homes after attending a prayer at the Blue Mosque in Taguig city, east of Manila, Philippines to commemorate an Islamic festival known as Eid al-Adha Friday Oct. 26, 2012. Muslims all over the world commemorate the Eid al-Adha or the willingness of Abraham to sacrifice his son Ishmael by slaughtering goats and cows as a form of sacrifice and distribute the meat mostly to the poor. (AP Photo/Bullit Marquez)
AP