At midnight in Paris, the Eiffel Tower went dark to mourn the lives lost during Friday’s suspected terrorist attack in Sweden’s capital.

At least four people were killed and more than a dozen injured after a vehicle drove into a crowd of people at a shopping district in Stockholm.

“Sweden has been attacked,” Prime Minister Stefan told news reporters on Friday. “Everything points to the fact that this is a terrorist attack.”

This is the second time this week the Eiffel Tower has shut off its lights to show respect and solidarity with a country reeling from tragedy. The tower went dark Tuesday in response to an explosion that killed 14 people and injured 50 others in a subway in St. Petersburg, Russia.

I will turn my lights off tonight, at midnight, to pay tribute to the victims of the Stockholm attack. #EiffelTower pic.twitter.com/FXm3C1ZchW

Paris Mayor Anne Hidalgo called Friday for the Eiffel Tower’s lights to be switched off earlier than scheduled.

“Horror struck Sweden at its heart today,” Hidalgo tweeted. “All my sympathy goes to the victims and their families.”

The Eiffel Tower’s lights are typically turned off every night at 1 a.m., according to the tower’s website. But sometimes the lights are shut down earlier in recognition of a terrorist attack or to raise awareness of various issues.

When a terrorist rammed pedestrians with his vehicle and stabbed a guard in London last month, Paris shut off the Eiffel Tower’s lights at midnight in honor of those killed. The lights were turned off at 8 p.m. Dec. 14 to call attention to the humanitarian crisis in Syria and in 2015 to mourn the victims of the Charlie Hebdo attack in Paris. 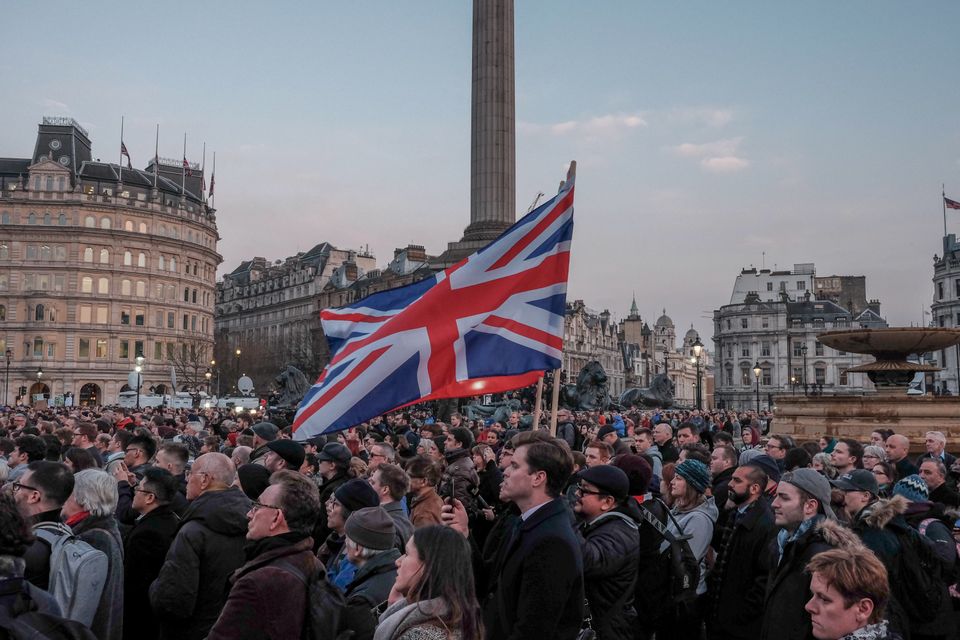