Two wind turbines have been successfully installed on the Eiffel Tower to offset some of the structure's energy use, renewable energy company UGE and the public service authority in charge of the iconic landmark announced this week.

The two turbines, which were placed 400 feet above ground level, are expected to produce 10,000 kWh annually. This will offset the power used by commercial activities on the tower's first floor, according to UGE. The turbines are of the vertical axis variety, as opposed to the larger and more common horizontal axis turbines that rotate like traditional windmills, and they are painted to match the tower.

The project is part of a larger efficiency upgrade that also includes LED lighting and rooftop solar panels on a visitor pavilion. 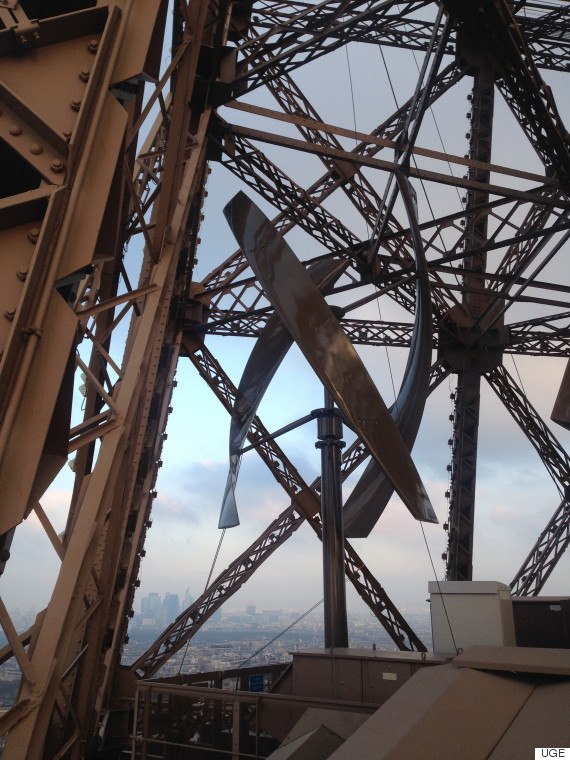 The Eiffel Tower might be lighting a greener path in Paris, but there are other landmarks in cities around the world that have undergone updates to become more environmentally friendly. Here are eight of them: 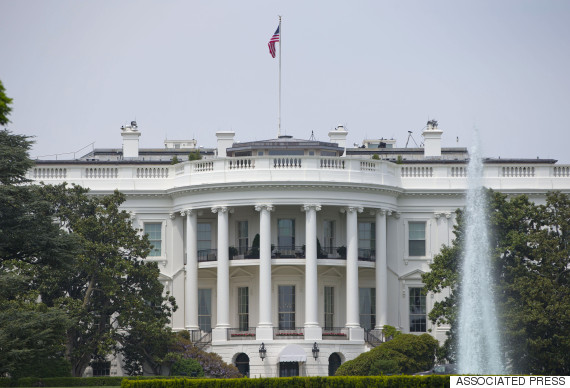 President Jimmy Carter famously had solar panels added to the White House roof in 1979. The panels, which were intended to heat water, were removed after Ronald Reagan took office. With little fanfare, the George W. Bush administration installed the White House's first active solar electric system in 2002. President Barack Obama installed another set of panels in 2014. 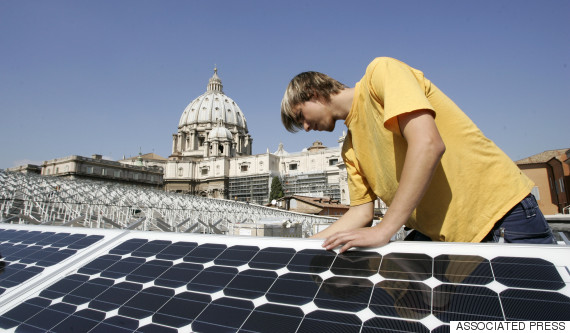 Solar Panels were installed on the roof of the 6,300-seat Paul VI Audience Hall in the Vatican in 2008. During his papacy, Benedict XVI made calls for greater environmental protection, and his successor, Pope Francis, has acknowledged manmade climate change and lamented a "culture of waste." 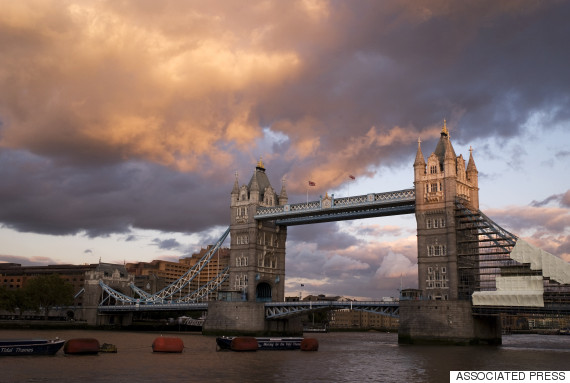 In 2012, London upgraded the lights on its iconic Tower Bridge to more energy-efficient LEDs. "The spectacular view of Tower Bridge from my office in City Hall is one of my favorites in London," London Mayor Boris Johnson said in a 2011 statement announcing the project. "It’s fantastic to now be able to crack on with this work to make it even better, brighter and greener and at no cost to the taxpayer." 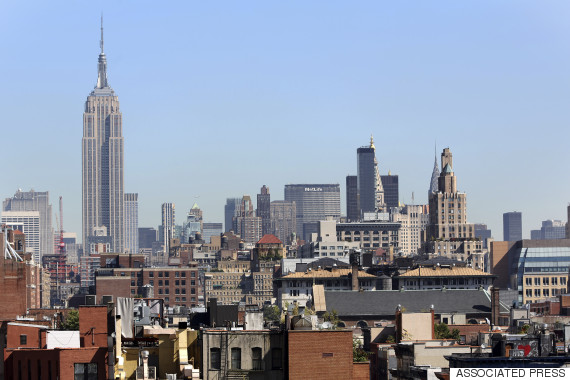 New York City's Empire State Building underwent a significant renovation in 2009 that included retrofitting the skyscraper to be more energy efficient. It received LEED Gold certification in 2011, making it the tallest LEED-certified building in the United States. The building's retrofit reduced energy consumption by an estimated 38 percent, and put it in the top 25 percent of the most energy-efficient U.S. office buildings. 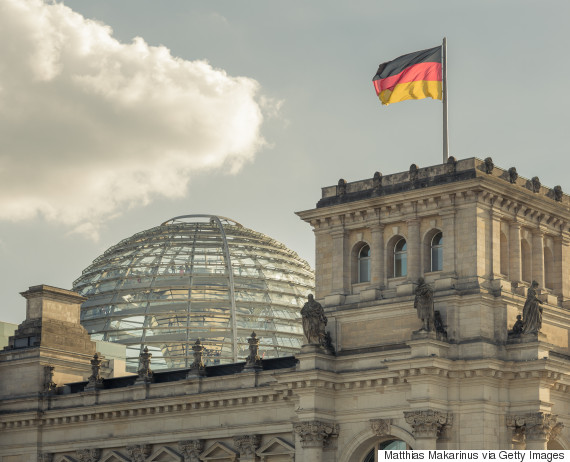 Built in the late nineteenth century, the home of Germany's parliament was damaged in a 1933 fire and by allied bombing during World War II. It fell into disuse after the war, but a rebuilding was completed in 1999 and it once again hosts the legislature of a unified Germany.

Along with a glass dome that lets in natural light, the building has a biofuel-powered combined heat and power system that produces about 80 percent of the building's electricity and 90 percent of its heat. The building also has photovoltaic solar panels on the roof and low-flow water fixtures. 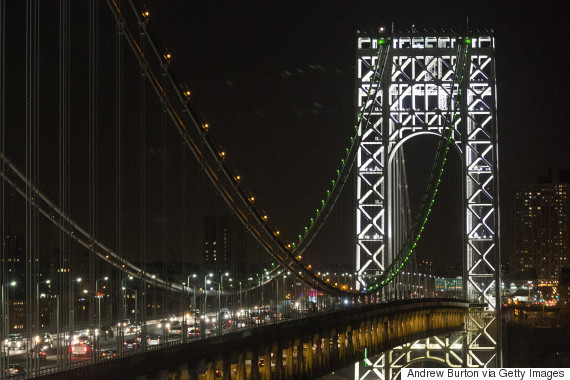 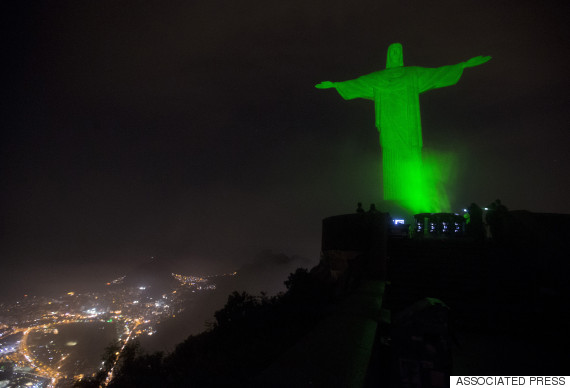 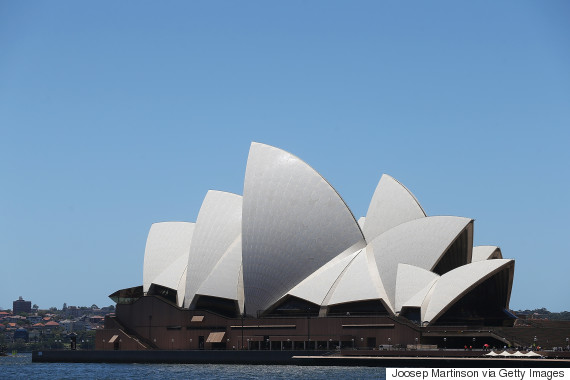 The Sydney Opera House has implemented several steps to improve the facility's sustainability, including more efficient air conditioners and lighting, along with a cooling system that uses seawater and saves millions of gallons of drinking water annually.