Life can be an exploration of love, asymmetric and expectant, all the more in Paris, whose ineffable and constant beauty makes it a city that lives in global common memory. And never more so than the just concluded Climate Summit, which summoned all the leaders of the world to come together to address climate change and defy the odds of failure. And though perceived as an environmental event, the Summit was far more a political and cultural watershed for, at its essence, it took love of life and people, more than raw power, to again face a problem that has been a focus on discussions by thousands for thousands of hours and days over at least three decades -- and even as long as a century if one goes back to the earliest scientific speculation that a build-up of carbon dioxide in the air was unhealthy for planetary well-being, as first postulated by a Swedish scientist, Arrhenius, in 1896. He was laughed at.

The Paris Agreement, as it's called, was a vindication of enlightened thought, of course, but also of imaginative gusto. One had only to look at Eiffel's Tower to be reminded of that, for Gustav Eiffel traveled the world creating outlandish structures to prove that the material of steel could be as supple and inviting as silk, a drive that yielded his iconic structure, also ridiculed at the time, but during the Climate Summit, served as much a beacon of hope as a lighthouse on a darkened disturbed coastline. The Paris Agreement was no less daring, no less unlikely than Eiffel's concoction of dream, design, and perseverance and, with luck, will prove to be no less enduring.

Officially, the Paris Summit was known as COP-21, meaning the 21st Conference of the Parties to the Framework Convention on Climate Change, itself signed by a convocation of all the world's Heads of State, then unprecedented, in 1992. And on paper, the Paris Agreement reads almost verbatim like many of the UN texts before it on the same topic. The text declares climate change a common and urgent challenge for all of mankind, and sets targets and objectives to reduce greenhouse gas emissions, some of which objectives are weaker, and some stronger, than those that have come before. And, so to be in Paris and be hopeful about an outcome required a trick of mind, to accept and act as though what was old, even redundant, was somehow new and fresh. The past was present everywhere.

As I walked into the negotiation center, a rambling temporary site like many I'd entered before, I felt the same unsteady feeling underfoot of makeshift flooring, the same rattling sound of doors hastily hinged, walls hastily placed, all saying that these today structures would be gone tomorrow, so make best use now.

Many attendees were starry-eyed, and I overheard many say "this is my first COP," as if how lucky they were to join this club, as if it would be joyful to look forward to a lifetime of COPs ahead. Many were just discovering the details of climate change, and the ebb and flow of UN dynamics. Our planet cannot afford another generation of COPs, and yet, the innocence of these discoverers also brought fresh belief and enthusiasm -- also indispensable to success.

At stake is not only an evolving environmental disaster, as the world continues indifferently to burn fossil fuels that emit greenhouse gases that trap heat and wreak havoc on atmospheric and oceanic dynamics, foreseen by Arrhenius indeed. Underlying it all is our very belief in the nation-state and democratic institutions, in a world tense with worry over terrorism, unemployment and uncertainty -- all worsened by a deep skepticism that leaders can actually lead.

National leaders called significant attention to their ambitions for Paris, and set a high stakes expectation. While they deliberated the scientific details of climate change, the undercurrent was political, rife with the same trade-offs, dynamics and posturing that accompanies all other kinds of international agreements. What made Paris different was that there was no place to hide -- the eyes of the world were watching, because stemming climate change has become a global public cause.

A political failure in Paris would have torn at the credibility of democratic processes as violently as the wild floods now likely being delivered to us by climate change tear at riverbanks.

The Agreement is also a cultural victory, for despite the tedious and often surreal nature of UN discourse, the UN remains the only body in the world where a sense of responsibility to future generations can flourish, for all cultures. All nations vote with parity, all cultures are visible, countless languages are spoken and accurate translation between them matters dramatically. Patience and courtesy also matter, and international friendships develop and linger.

The network of understanding among climate change negotiators can, we hope, continue to serve as a reservoir of common interest that can be tapped to confront all the other challenges that cause trembling and misery in our world.

It will be easy to quibble with the details of the Agreement -- a debate over a half full or empty glass. But, overall, The Paris agreement reset the political clocks, and refreshed the people's belief. Above all, The Paris agreement re-mastered the music of living. Let us hope our institutions can continue to deserve the replenishment now at hand. 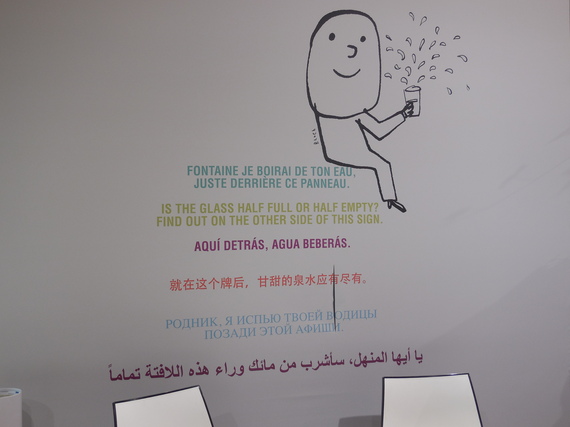 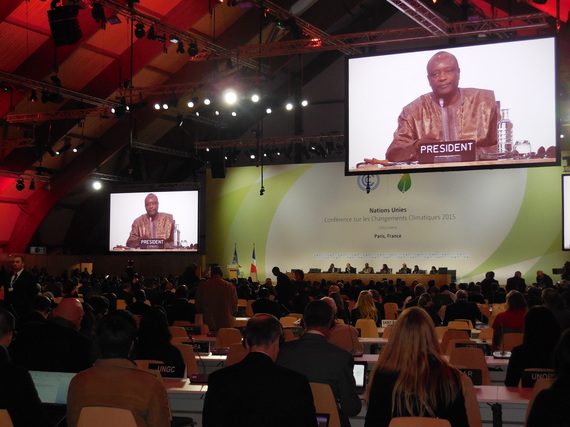