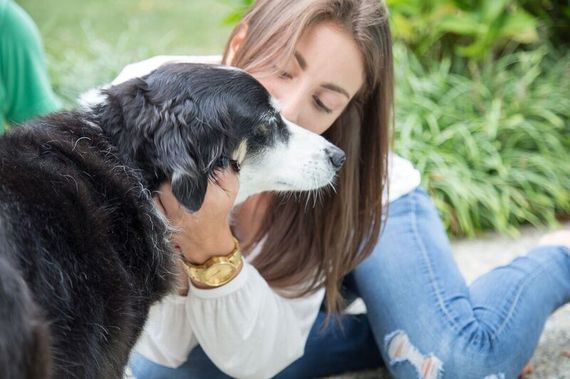 Here it is, late August. Hazy hot and humid seesaws with crisp and cool, a sign that summer is tapping fall on the shoulder, the annual game of tag you're it.

The dog days of summer, they are. Nightfall comes earlier now. The evening performance of the cicada orchestra is unfailingly on time. Local blueberries are no longer in season; once plump and juicy, they are now unpleasantly sour and soon will be gone until next year. If it sounds like I'm in an end-of-summer funk, it's true.

But dog days remind me of dogs, and that cheers me up. If you love dogs, and even if you think you don't and might be persuaded to, here are some really good books about canines you might want to try.

The Art of Racing in the Rain, Garth Stein

In a flashback, Enzo the dog reflects upon the ten years of his life with Denny, a semi-professional race car driver, Denny's wife Eve, and their baby daughter Zoe. Since Enzo believes he will come back in his next life at a human, he is a keen observer of the human condition.

The Dogs of Babel, Carolyn Parkhurst

How many times I've wondered what my dog would say if it could talk. When Paul's wife Lexy dies in an accident, Lorelei, a Rhodesian Ridgeback dog, is the only witness. Grief-stricken and haunted with questions, Paul attempts to teach Lorelei to talk so that she can communicate what happened.

Marley and Me: Life and Love with the World's Worst Dog, John Grogan

The subtitle clues you in about Marley, a big galumph of a dog whose antics and foibles take over the lives of John and Jenny. Equal parts humor and pathos, this book will delight anyone who has seen both the worst and the best in their dogs and loves them just the same.

Hamlet is retold with tail-wagging canines as the characters. Edgar is the mute son of a family that breeds a special variety of dogs, Sawtelle dogs. Edgar has an uncanny sense of communication with these dogs and is able to get to the bottom of a murder mystery with their help. Have tissues at the ready.

Buddy the existential dog is the narrator in this novel as he tries to understand why he is here. Author Cameron totally gets the essence of dogs and Buddy's voice is genuine. As if I haven't showered my dogs with endless affection, now I religiously tack on a "good dog" several times a day. This book will soon be released by Dreamworks as a movie and I can not wait.

Thank God Cameron wrote a sequel, because I could not bear to think that Buddy's story was over. More smiles and tears with this book, just as wonderful as the first. I kid you not, the sobs started in the first chapter.

Dog Medicine: How My Dog Saved Me From Myself, Julie Barton

When her life came crashing down on her at age 22, Julie could not find a way out of her depression. Not therapy, not medication, not moving back into her parents' home. But when she and the Golden Retriever puppy Bunker found each other, her world became brighter.

A sweet, funny, poignant tribute to her big old Black Labrador Beau, this memoir can be read in a single, joyful sitting. Among the words of wisdom is this: "Occasionally someone will tell me that they won't have pets because they are messy ... the truth is that we were far messier without dogs than with them." I love that. .