But I was not.

Society gives few messages and the ones that are given seem mixed about how to "appropriately" grieve for parents. In his book, When Parents Die: A Guide for Adults, Edward Myers states, "Loss of a parent is the single most common form of bereavement in this country. Yet the unstated message is that when a parent is middle-aged or elderly, the death is somehow less of a loss than other losses. The message is that grief for a dead parent isn't entirely appropriate."

After all, the death of a parent is the natural order of things.

When a parent dies, we are supposed to be prepared for this normal life passage, or at least be more ready to accept it when it happens. We are expected to pick ourselves up, close the wound quickly, and move on. We should not require much time to get over it.

Again, the death of a parent is the natural order of things.

However, just because the death of a parent is common place and is the natural order of things, this does not mean a person can or should be expected to simply and quickly bounce back. On the contrary, the death of one's parent(s) is extremely difficult for most if you have had a good relationship with your parent(s) and even if you haven't. In fact, sometimes the latter makes it even more difficult due to unresolved issues or conflicts.

When a parent dies, it can be unexpectedly devastating and cause considerable upheaval in even an adult son or daughter's life. The magnitude of this loss can take you by surprise and helpful resources are not that plentiful.

Here are a few suggestions for coping with the natural order of things, or when a parent dies:

1. Don't expect to be ready for the natural order of things; you won't be.

3. Grieving for a parent, like all grief, can be exhausting emotionally, physically and spiritually. Be kind to yourself.

4. This work of grief takes time; the process must not be hurried. And it is never entirely over.

5. Even as an adult, don't be surprised by feelings of abandonment and uncertainty that you experience.

6. After they are gone your parents will continue to be a part of your life, just in a different sense. You will always be their son or daughter.

7. Grief does not end. Rather grief comes and goes. And then it comes again.

8. If you feel the need, seek out support from others who've been there, a friend who cares, or a professional who can help guide you through the work of grief.

When a parent dies, yes, it is the natural order of things.

But taking time to grieve for them should be as well.

Have you experienced the death of a parent?

Have you ever felt pressured to hurry through grief? 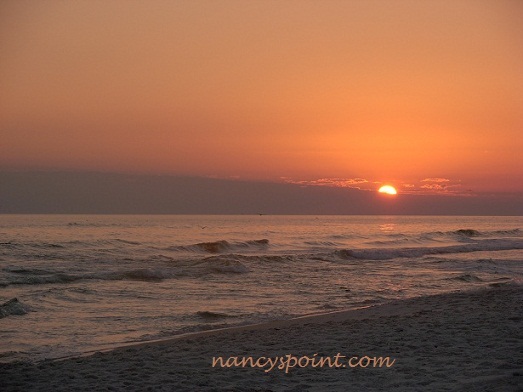