Paganism is a nature religion or earth-centered spirituality. According to Religious Studies scholar, Michael York, a nature religion is one that has "a this-worldly focus and deep reverence for the earth as something sacred and something to be cherished. Not surprisingly then, Earth Day (April 22) is a holy day for many Pagans. Here are some ways that Pagans celebrate Earth Day. 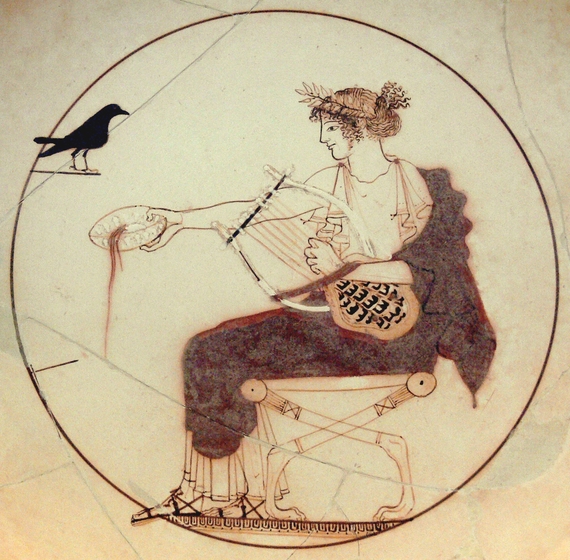 Every religious tradition has rituals. Paganism is unique in that many of its rituals come from the imagination of Pagans themselves. Some Pagans have raised ritual creation to an art form. Pagan rituals use stylized actions, poetic language, and evocative imagery, including invocations of deities, recitations of myths, and sacramental acts, like lighting candles and pouring libations, all of which are all imbued with a sense of mystery and the sacred. The goal of many Pagan rituals is to restore our connection with the natural world.

Ecologist Dolores LaChapelle says that ritual is essential to creating intimate, conscious relationship with the places where we dwell. It is no coincidence that native societies tend both to be ecologically sustainable and to have a rich ceremonial life. "We have tried to relate to the world around us through only the left side of our brain, and we are clearly failing," writes LaChapelle, "We need to rediscover the wisdom of these other cultures who know that their relationship to the land and to the natural world required the whole of their being."

Ritual can be complex or simple. If you would like to perform a simple ritual on Earth Day, try this: Take a pitcher of water outside to a green place. Take a moment to notice your surroundings. Breathe in and out consciously. Pour a little of the water into your hand and sip it. Then slowly pour the water on the ground, while saying, "Thank you," three times. 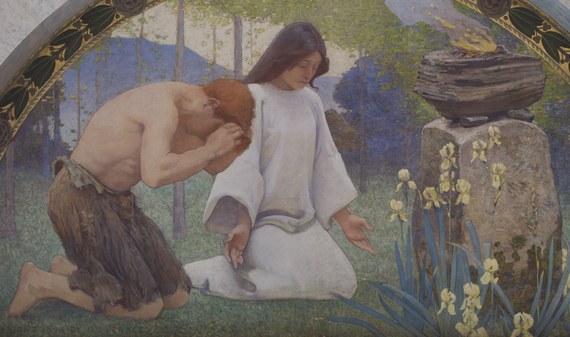 Pagan beliefs about divinity vary widely. There are theistic Pagans and atheistic Pagans, and everything in between. Some Pagans are pantheists who view divinity as immanent and the material universe as a manifestation of Goddess. Some take the Gaia Theory as confirmation of this worldview. Some Pagans are polytheists who believe in, not one, but a plurality of deities or aspects of deity. Some are animists who see everything as alive, even supposedly "inanimate" nature.

But in spite of these differences, most Pagans share a deep reverence for nature -- whether as the body of a pantheistic Goddess, as the home of many gods, or as a living cosmos. Therefore, Pagan can honor the gods by honoring the Earth. Pagans honor the Earth through ritual, but through sustainable living and Earth activism.

3. Working Together to Reduce Our Collective Impact 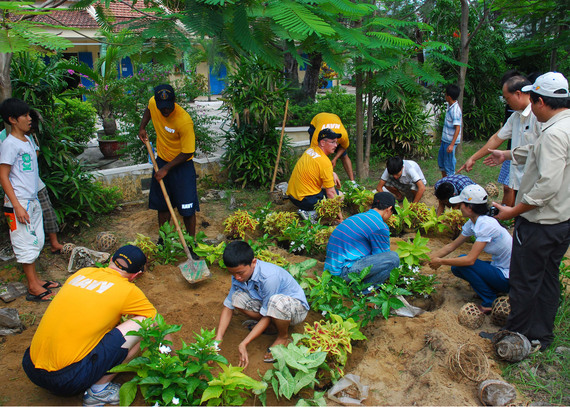 There are many ways we can change our individual consumption habits in response to climate change. But we need to understand that no slave was ever freed by individuals choosing to purchase products that are free from slave labor. Marketing ploys have co-opted words like "green" and "sustainable." We cannot shop our way out of this situation. We need responsible citizens, more than we need responsible consumers. Our task is not to try to navigate our destructive systems with personal integrity, but to help change those systems.

To do this, we need to act collectively, not individually. We need to build community and find ways to connect with other communities across cultural, racial, ethnic, religious, and political boundaries. We need resist to fear at every opportunity and to build trust. Competition and fear help maintain the status quo. Their opposites are connection and joy. People who trust each other are more likely to cooperate with each other, to create sustainable local micro-economies, and to collectively resist Big Business. Alternative ways of meeting our include gift economies, polyculture food systems, alternative education, alternative birthing, community governance, co-operative child-care networks, sewing circles, group meals, community gardens, barn raisings, festivals, craft fairs, and skill trades, just to name a few. Visit Resilience.org and TransitionNetwork.org to learn more. 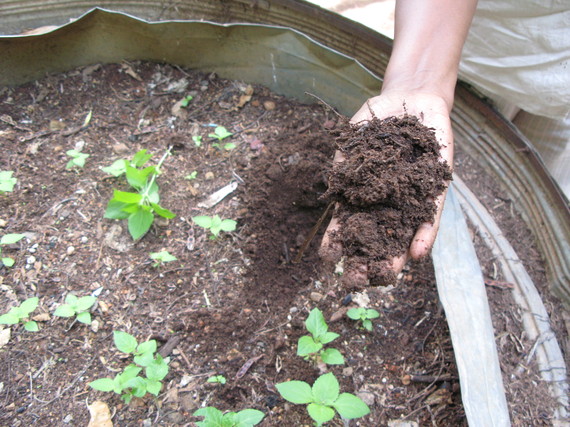 In addition to ritual, many Pagans express their spirituality through gardening, composting, permaculture and other forms of sustainable living. In addition to being good for the Earth, these activities are a physical expression of Pagan spirituality. Prominent Pagan author and activist Starhawk believes that Pagan spirituality is about getting your hands dirty -- both figuratively and literally. She calls her religious practice "dirt worship" and advises, "Plant trees. Build soil. Grow food. Express your love of the Goddess with head and heart, but also with your hands. Put them into the dirt, and let them become her healing hands, transforming waste to food, regenerating life."

For many Pagans, the Earth itself is divine ... is Goddess. The Pagan Goddess is manifest in matter, a word which comes from the same Latin root as "mother." She is literally the earth beneath our feet. In Her, we live and move and have our being, like the air we breathe, because she is the air we breathe. She is closer to us than we are to ourselves, because she is the blood in our veins, the electricity in our brains, the microorganisms in our gut metabolizing the food we eat, and even our waste which returns to the earth as fertilizer for new life.

Composting in particular can have spiritual meaning. Helping organic waste turn slowly into usable soil is a kind of extended meditation on the transformative power of nature. Starhawk, whose first coven was called "Compost," writes, "Making compost is a profoundly sacred act. When we become conscious of what we do with our wastes, when we learn to transform them into fertility, we also heal ourselves." The actress Bette Midler expressed a Pagan-like understanding of composting when she said, "All my life I had waited for an inspiration, a manifestation of God, some kind of a transcendent, magic experience that could show me my place in the universe. This experience I made with my first compost." 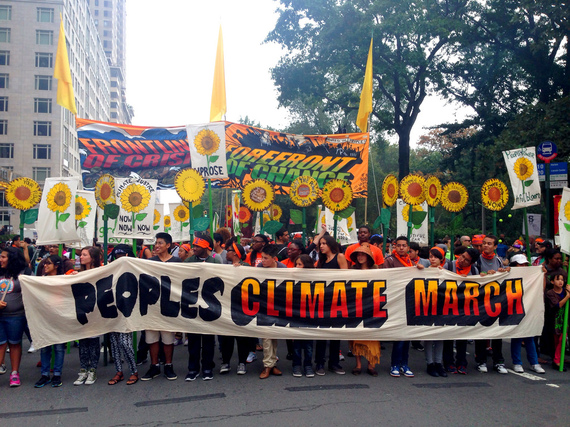 The spirituality of many Pagans includes participation in direct political action against environmentally irresponsible business, industry and government. For example, many Pagans participated in the 2014 People's Climate March, which drew hundreds of thousands of people to the streets of New York.

The origins of the contemporary Pagan movement in the late 1960s and early 1970s coincided with the growth of the environmental movement. The first Earth Day was celebrated in 1970. That same year, Tim Zell, one of the fathers of contemporary Paganism had a vision of the Earth as a living planet, several years before James Lovelock's Gaia Hypothesis was popularized. "It is a biological fact that all life on Earth comprises one single living organism!" wrote Zell, "Literally, we are all 'One.' The blue whale and the redwood tree are not the largest living organisms on Earth; the entire planetary biosphere is."

One of the most well known Pagans, Starhawk, the author of The Spiral Dance and Dreaming the Dark, advocates direct political action as an expression of Pagan values. Starhawk herself has been a leader in Earth activism. She is one of the founders of the Pagan Reclaiming tradition, which brings together the spiritual and the political. Starhawk writes, "We are called to act as if we truly believe that the Earth is a living, conscious being that we're part of." 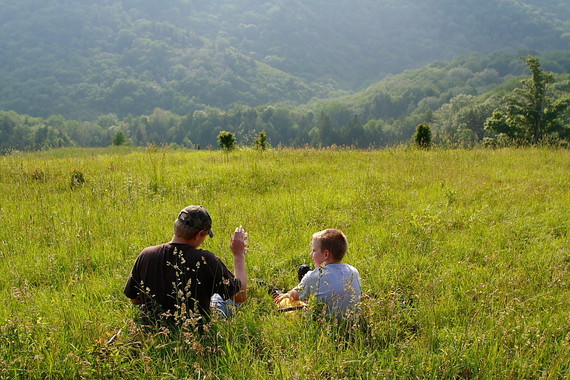 "Probably no society has been so deeply alienated as ours from the community of nature, has viewed the natural world from a greater distance of mind, has lapsed into a murkier comprehension of its connections with the sustaining environment." (Richard Nelson, "Eskimo Science") How then do we reconnect with the earth? The simple answer is to spend time in nature -- the wilder the better. It is well known that spending time in nature increases our health, vitality, and sense of well-being. Some researchers have linked obesity, ADHD, and other childhood health conditions to a disconnection from nature, what Richard Louv calls "nature-deficit disorder."

Connecting with nature can be simple. Just go outside and be present to your surroundings: earth, sky, air, sun, birds, insects, and other life. Many people find that this practice is more efficacious in so-called "wild nature," but it can be practiced in urban settings as well. Use all your senses. Stretch your senses to increase your awareness of your environment. Doing this will deepen your sense of place and your feeling of connectedness with the world around you. Karen Clark, author of The Path of She, explains, "The Earth is alive. One web of life connects us all, breath to breath, and essence to essence. What your mind has forgotten, your body remembers." 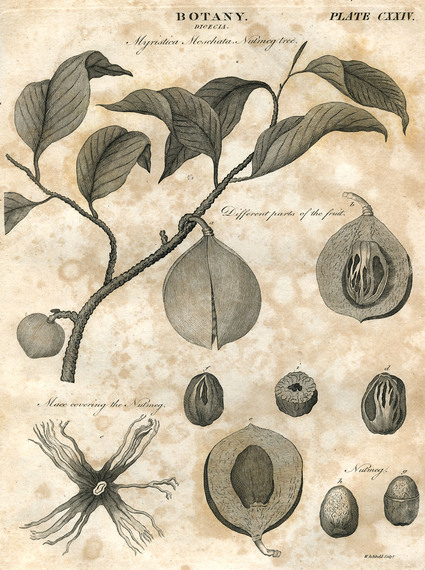 Pagan Studies scholar Chas Clifton has written that, if you really want to practice a nature religion or an earth-centered spirituality, then you should "learn where you are on the earth and learn the songs of that place, the song of water and the song of wind." Science can help us do that, he says. Even if you live in a city, there are still plants and animals all around. "Saving the earth" can seem remote if you have no experience of the land around you. Find out where you are. Learn to identify the plants and non-human animals around you. "When you understand something about the relationship of the fire and the forest, the river and the willow grove, or the accidental history of the tumbleweed," writes Clifton, "then you begin to inhabit where you are; then you are paganus."

Here are some things you can find out about where you live:

Or take this bioregional quiz.

8. Visit Ecopagan.com and Sign A Pagan Community Statement on the Environment 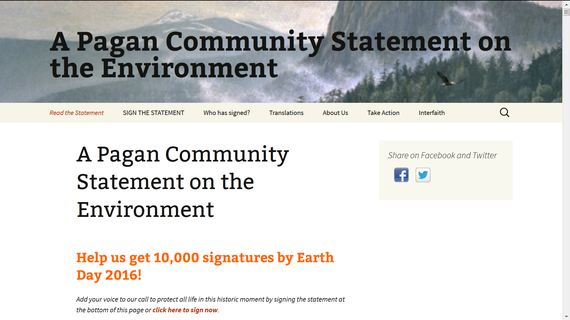 A Pagan Community Statement on the Environment was published on Earth Day 2015. Since then, it has collected thousands of signatures from Pagans and Pagan allies around the world. The Statement has been translated into 16 languages and has been signed by people from over 80 countries. It represents the largest collective expression of Pagan voices ever and the most successful attempt to date to harmonize Pagan voices on what is the most critical issue of our time. The Statement is not authoritative declaration for all Pagans, but an invitation to join our voices to those already raised in defense of all life on this planet ... as well as a call to action.

Help us get 10,000 signatures by Earth Day 2016. Go to ecopagan.com to read and sign A Pagan Community Statement on the Environment.