"Everything happens at 100, everything changes," Eileen Kramer told the Sydney Morning Herald. The enchanting dancer and choreographer has been receiving more attention than usual since she's entered triple digits, an age she describes as "magical."

However, more impressive than the fact that she dances at all is how she dances, with soft and sinuous gestures that move like billowing folds of fabric. 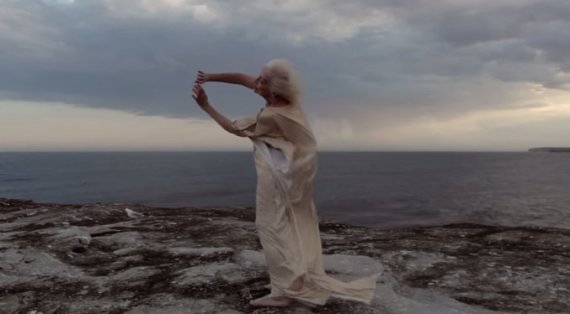 Kramer was born in 1914 in a suburb of Sydney, Australia, called Mosman Bay. She grew up interested in music and hoped to be an opera singer, until a performance by Vienna's Bodenwieser modern dance company captured her heart. It wasn't long before Kramer was dancing under Madame Gertrud Bodenwieser, as part of the first modern dance company in Australia. At 22 years old, Kramer considered herself a late bloomer when she immersed herself in the world of dance. Now, she's very likely one of the oldest choreographers in the world.

Kramer spent her life in various locations including New York, India, Paris, London and West Virginia. Last year, at 99, she returned to Sydney, Australia. "I wanted to hear a kookaburra. I wanted to smell a gumtree," she told ABC News. 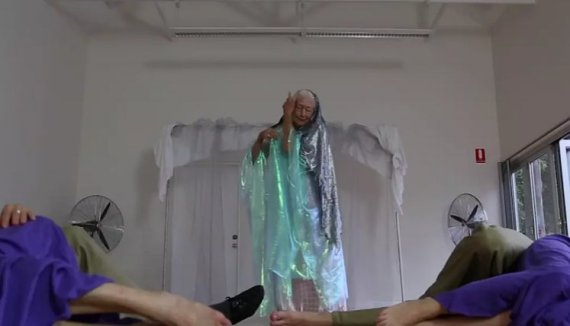 In February Kramer was invited to be an artist in residence at Bundanon Trust, Australia, in their Arts-in-Residence program. She's spent her time there choreographing "The Early Ones," a modern dance piece made in collaboration with rehearsal director Julia Cotton and composer Nicholas Lyon. Despite being blind in one eye, Kramer created all the sets for the performance and designed all the costumes.

"She's such a beautiful creative spirit and also a really physical body still at 100 years old," said dancer Anya McKee, "so that idea that you need to stop dancing in your 30s -- like I am -- or your 40s, and you have to get everything done before then, is just gone."

"The Early Ones" will be performed at the Independent Theatre in North Sydney on March 13 and 14, 2015. 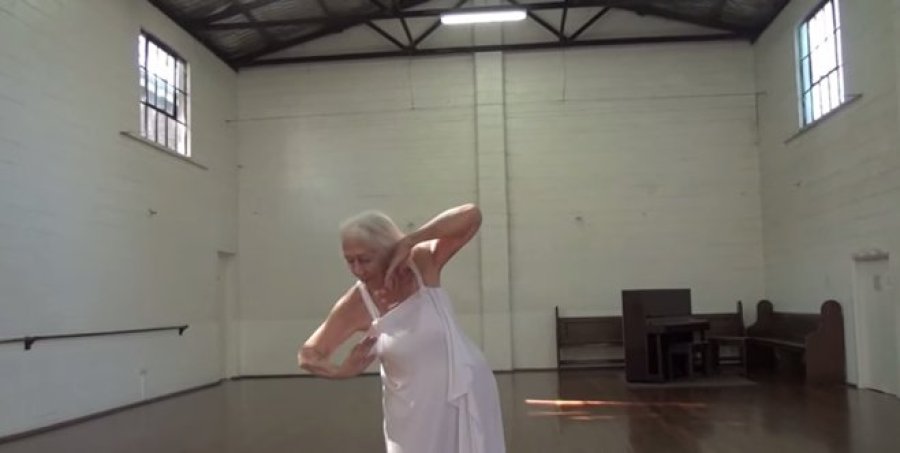 Fundraising platform Pozible is now raising funds to support Kramer's current and future dance endeavors with an initiative called "Inspiring Eileen." The proposal, enacted by the Arts Health Institute, hopes to raise $26,000 by March 10 for the artist, who is currently living in a hostel for those at risk of homelessness.

For very obvious reasons, Kramer is officially our new heroine, both for her creative devotion and hypnotic talent, not to mention the fact that she's putting stereotypes about aging to serious shame. To live a long and happy life a la Eileen, try following her simple advice: "Try to do creative work, because if you're dealing with creative work you're doing something new all the time."

See videos of Kramer's magnificent dancing below, including clips behind the scenes from her upcoming work at Bundanon Trust.

Meet 100-Year-Old Dancer Eileen Kramer, One Of The Oldest Choreographers In The World
Ballet Dancers Changing the Landscape