E.K. Blair is the New York Times, USA Today and International best-selling author of the Fading Series and the Black Lotus Series. Her latest novel, Author Anonymous, is a biographical expose, which Blair penned for another best-selling romance novelist, in order to protect her identity.

MW: First, can you tell me about your journey? How did you become a romance writer? What was the impetus and what were the steps that led you to publishing?

EKB: Creativity has always run thickly through my blood. I've always had an overactive imagination that I tend to get lost in more often than not. My husband was the one who first put the writing bug in my ear. I thought he was crazy. I mean, what the heck did I know about writing a book? It was one evening, after months of listening to him say, "You should try writing a book," that I finally responded with, "Okay." I saw it more as a challenge at first, but it wasn't long before that challenge turned into passion. As the words came to me and the story started to develop, I began sinking chin-deep into a sea of romance and fantasy. I was addicted. Finally, I had found an outlet to free my mind of the many daydreams I had kept locked inside me. My first book, Fading, was completed in three months, and to my surprise, I loved it. And when I love something, I have to share it. So I found myself wandering down the road of self-publishing. Once everything was said and done and ready to go, I hit publish and my whole world changed. 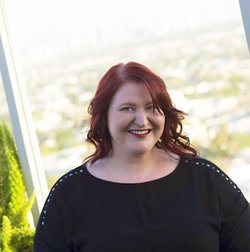 MW: In your own worlds, can you explain what Author Anonymous is about?

EKB: Author Anonymous is a true story of an author who found herself battling between reality and fantasy. It's easy to do when readers and authors succumb to the world of fictional romance. It's an illusion we get lost in, but it's when that illusion appears in our reality that we must tread very carefully.

MW: When Anonymous approached you, were you surprised by her story? Can you, as a prominent author in the romance and erotica genre, relate to how Anonymous was swept away by the fantasy? How common do you think it is?

EKB: In some aspects I was surprised and in others I was not. I'm not disillusioned to human nature and the world we live in. We are all flawed in one way or another, but I was shocked by her candidness. She exposed her secrets and lies to me with utter transparency. The more she revealed, the more I understood her. We read for a reason: to escape. When we pick up a romance book, we are making the choice to temporarily trade reality for fantasy. Some of us even blur the lines and bring that fantasy into our reality. So when you ask how common this is, I would say it's more common than some of us want to believe. It's easy to live behind rose-colored glasses and believe in the goodness of people. But for those who are brave enough to take off those glasses, you'll see that you're living among a world filled with sexually-driven creatures who harbor deep dark secrets.

MW: What did the writing process for this novel look like? Did Anonymous tell you the story and you wrote your own interpretation or was she more involved in the creation?

EKB: I didn't know Anonymous personally when she first contacted me. I had done book signings with her in the past and she was someone who I looked up to as a successful author in the industry. I flew her out to stay in my home for a week so that I could not only learn her story, but also learn her personality. During that week, she told me her story while I asked question after question and took down an obscene amount of notes. Later, when I started writing, Anonymous was constantly involved. I wanted to make sure I was nailing every detail, every emotion, every inner thought. As I wrote, she would read along and keep me on track. It was a difficult process because so many emotions were involved.

MW: One of the most poignant parts of the novel happens when Anonymous' husband confronts her about the unsavory aspects of the romance industry. He brings up a lot of points that are often left unsaid. What was it like for you to write this part and do you agree with some of the criticism? For example, are women writers in romance and erotica asserting a female gaze? Are we leveling the playing field or are we merely stooping down to meet the objectifiers?

EKB: That actually sparked a great conversation between me and my husband while Anonymous was staying in our home. I told him what her husband had said to her and asked his thoughts. I think it's something that more writers should ask because I was surprised by his answers. Without taking sides on this argument, I will step over to the reader's side and say this: be careful! When you steep yourself in fiction, you are opening yourself up to be vulnerable. 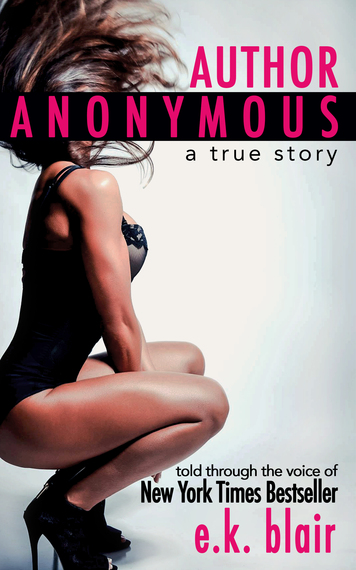 MW: Despite being a cautionary tale, Author Anonymous also comes across as a feminist statement. Anonymous is a woman who does what she wants casting away the expectations of motherhood and of being a wife. Readers might not empathize with her. What has the response been from readers thus far? Do you think if the genders were reversed readers would be more forgiving of Anonymous' choices?

EKB: I do think readers might be a little more forgiving if the genders were reversed. I personally don't agree though. But I think people will be more judgmental due to the fact that she's a mother. It's the stigma that's cast upon women that above all, we are moms whereas it seems more acceptable for men to be away from their children than vice versa. But so far, the response has been wonderful. Readers are resonating with Anonymous, identifying with her struggles of being a wife and mom. Anonymous is a part of the reader world because she writes the books they read. There's a connection--relatable qualities. She teeters on the edge of real life and fantasy with the books she reads and writes. I'm not saying the readers of Author Anonymous agree with her choices, but overall, they understand her.

MW: I know your lips are sealed, but what happens if readers figure out Anonymous' identity? Is that a risk she was willing to take?

EKB: For the past few years, Anonymous and I have done everything possible to conceal her identity. If we focused on the fear of her being exposed, we'd never get to the point of publishing. But we feel safe and protected, and we won't even entertain the idea of exposure. But if she is exposed, there would be no proof. No one knows this happened aside from me, her assistant, and you-know-who. If someone wanted to point a finger at her, we would laugh it off as hearsay.

You can read more about E.K. Blair and her work at
http://www.ekblair.com