Every time Mexico makes the front page of newspapers worldwide, I feel a jolt in my spine. Most recently, this happened after the spectacular second prison escape of the Forbes-famous-drug-dealer-billionaire Joaquín "El Chapo" Guzmán. In the past two years, as a Mexican, I have received so many blows that I feel like a piñata at a birthday party.

I can't help but feel the aggravation because I was born and raised in Mexico. And although I have spent more than half my life living in the United States, what happens in Mexico gives me joy when it is good and sorrow when it's bad. Lately, though, the bad has piled up while the good has been conspicuously absent.

In June last year, the Mexican army shot 22 people in the small town of San Pedro Limón in Tlatlaya, alleging they got in a shootout with members of a drug cartel.

Several months later, we learned the army lied. A report by the Mexican Human Rights Commission found that at least 12 and maybe as many as 15 of the victims were unarmed. It also noted "the pattern of bullet holes in the warehouse where the bodies were found suggested many of the victims had been lined up against a wall and shot at close range." Furthermore, it also charged seven police officers with torturing three women who witnessed the executions to make them change their testimonies.

In September, the local police, in cahoots with a drug cartel, killed six students and "disappeared" another 43 in the town of Iguala, in Guerrero state. The tale told by the executioners of the 43 "disappeared" is so macabre it evoked images of European concentration camps for writers like Elena Poniatowska.

"The problem with mocking the situation is that it ignores the bloody reality of the narcos and specifically of El Chapo."

Two months later, a courageous journalist, Carmen Aristegui, revealed that the $7 million house belonging to the wife of President Enrique Peña Nieto was built and financed by a contractor whose dealings with the government had netted his firm hundreds of millions of dollars and who also built a country home for the Mexican Treasury Secretary, Luis Videgaray. The Mexican government denied any wrongdoing and Aristegui was fired from her popular radio show.

This month, the news of the escape of El Chapo from a maximum-security prison has been met with derision and laughter, abroad and in Mexico. I, for one, don't find it a laughing matter.

I know the exploits of El Chapo have given him the reputation of a man that seems more powerful than the Mexican government and that many people admire strong caudillos and tend to glorify their deeds. I also know that for many Mexicans, mocking the Mexican government is nothing but an act of reciprocity; they feel the government mocks them constantly. The problem with mocking the situation is that it ignores the bloody reality of the narcos and specifically of El Chapo.

"It grieves me to read U.S. newspapers because almost every article has a Manichean twist where a Mexican is harming America."

The death toll of drug trafficking in Mexico is uncertain but it is believed that between 1980 and 2005, the Sinaloa cartel, headed by El Chapo, may be responsible for the deaths of more than 6,000 people. Further more, between 2008 and 2010, the war between the various groups of drug traffickers in Mexico is responsible for about 4,500 homicides, which would be about 67 percent of all violent deaths in the country in those two years.

It grieves me to read U.S. newspapers because almost every article has a Manichean twist where a Mexican is harming America. For example, the DEA identified El Chapo as the source of billions of dollars worth of drugs that "flood" American cities. The context of a two-way commerce is absent and there is never any question as to why El Chapo has so many customers in America.

Another example: in 2013, Chicago named El Chapo "Public Enemy No. 1," a decision that was formalized after his recent escape. I wondered, do they fear he may move to the city to overcome the legacy of local boys like Al Capone, Bugs Moran or John Dillinger? Or is it simply that they are giving themselves a "baño de pureza" (purity bath) at the expense of a Mexican criminal?

"The context of two-way commerce is absent, and there is never any question as to why El Chapo has so many customers in America."

Unfortunately, we Mexicans have to learn to take these hits on the chin because it is useless to remind people in America that Mexico would not have this problem if Americans did not have an insatiable appetite for drugs. Obviously, drug trafficking presents serious problems to Mexico but Mexico's big problems existed way before El Chapo and his colleagues began their business relations with American consumers. Corruption and impunity are ancestral issues in Mexico and so is the weakness of the rule of law, the fragility of its institutions and the clumsy and inefficient handling of routine situations.

In spite of it all, Mexico's GDP places the country among the 15 largest economies in the world. If only Mexicans could force authorities to respect and uphold the rule of law and strengthen its institutions, the news about Mexico would not be so obsessively negative. 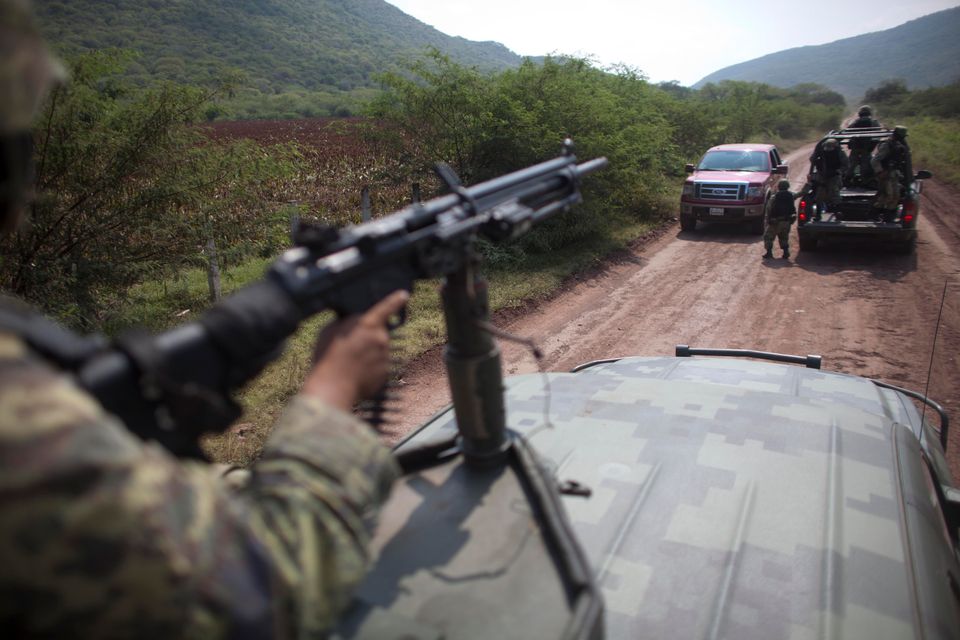 1 / 37
Avoids talking about Mexico's security problems.
For the first year and a half of his term, Peña Nieto avoided or played down the subject of public security in a country that has lost more than <a href="http://www.reuters.com/article/2014/12/10/us-climatechange-violence-latinamerica-idUSKBN0JO1L220141210" target="_blank">100,000 lives to the U.S.-backed drug war</a>, according to Reuters. <br> <br> Meanwhile, a <a href="http://www.pewglobal.org/2014/08/26/mexican-president-pena-nietos-ratings-slip-with-economic-reform/" target="_blank">Pew poll from earlier this year shows that crime is the most common concern among Mexicans</a>, with 79 percent of respondents saying it’s a “very big problem.”
ASSOCIATED PRESS