•Needed: A Democratic Mobilization to End the Drug War. •Peace Caravan from Honduras to NYC Starts on March 28. 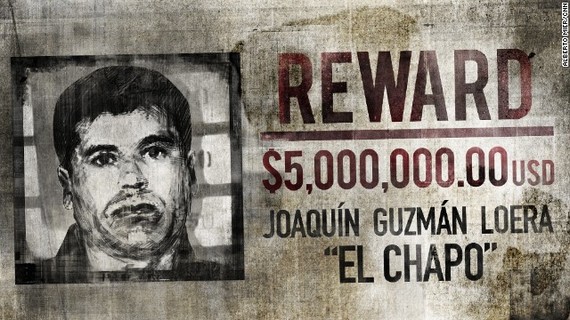 The simple truth is that as long as we militarize our collective response to the public-health problem of drug abuse, we will reproduce the conditions that make violence, corruption, and new bad guys inevitable.

Violence will continue to plague Mexico and Central America until the United States and is neighbors abandon the discredited drug war strategy that was started by Richard Nixon 45 years ago -- and that continues to drive international policy today.

Taking down bad guys -- no matter how big or how evil they are -- will not end the horrendous criminal and state violence that has overwhelmed Mexico and Central America in recent decades.

The capture of El Chapo does, of course, end an embarrassing episode for Mexican President Peña Nieto. But multiple scandals including his administration's dishonest and inept handling of the case of the 43 disappeared students from the Ayotzinapa Teacher's College in Guerrero had already pushed his popularity to historic lows even before the spectacle of El Chapo's escape from Mexico's only "Supermax" prison last in July 2015.

Yes, Peña Nieto will seek to keep the story of El Chapo's capture alive as long as possible. The "El Chapo Show" includes movie stars, rumors about El Chapo's Hollywood ambitions, and more serious speculation about who may be exposed if El Chapo "talks" after possible extradition to the U.S. 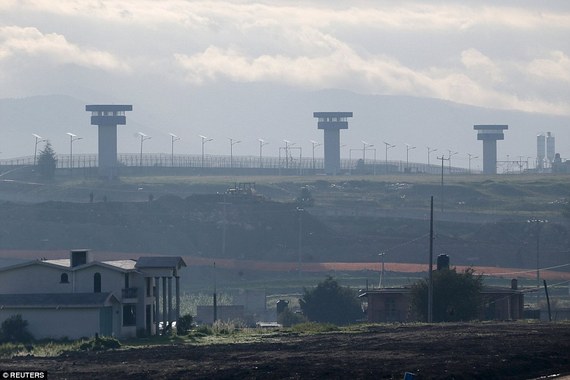 All these distractions help Peña Nieto avoid addressing the profound crisis of legitimacy he and his government face.

In the U.S., drug warriors -- in the DEA, the Pentagon, and elsewhere -- also like keeping the focus on El Chapo and his ilk because such drama eclipses drug war victims, drowns out its critics, and disguises the ever-more-obvious failure of almost five-decades of war and prohibitionist dogma.

The good news is that the drug war's detractors refuse to stay quiet, and instead are organizing an international movement to put an end to the madness.

A consensus is building in Latin America that the "war against drugs" is unwinnable; that it is not possible for societies to shoot their way out of their "drug problems":

• Mass protest against the drug war swept Mexico in 2011 as victims of drug war violence took the lead, mobilizing a citizenry stunned by tens of thousands of murders.

• Ex-presidents from Brazil, Mexico, Colombia, and elsewhere started speaking up a few years ago, openly "breaking the taboo" on discussing drug policy reform.

• Regulation of drug cultivation has been part of the negotiations in Havana, Cuba between the Colombian government and its historic rebel foes (FARC) as they hammered out historic peace accords slated for implementation this March.

Momentum to reform drug policy is also growing north of the Rio Grande.

• In the United States a movement is growing to reform our semi-privatized criminal justice apparatus that today punishes, incarcerates, and devastates the lives of a vast and unprecedented number of Americans - disproportionally African-Americans and Latinos - for drug offenses, large and small. 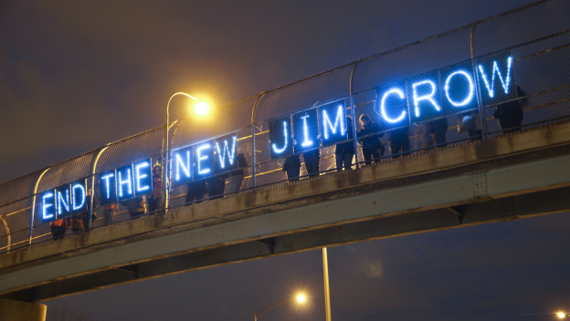 • Twenty-three U.S. states and the District of Columbia have already legalized medical cannabis. Three states have gone further by legally regulating marijuana for recreational use. Other states, including California --bellwether and largest state in the Union -- will consider similar legalization in Nov. 2016 ballot referendums.

• Drug policy and criminal justice reform have also become hot topics of debate in the 2016 presidential primary process. Sen. Bernie Sanders has been the clearest.

Speaking on late night TV, Sanders cited the "large number of lives that have been destroyed because of this war on drugs" and the fact that the United States has "more people in jail today than any other country on earth", as reasons why "we have to end the war on drugs."

• In Canada, newly elected Prime Minister Justin Trudeau has pledged to legalize marijuana nationwide. If Trudeau can make good on his pledge, Canada would become just the second nation on earth to take this step (Uruguay was first).

The United Nation Takes up the Debate

On April 19, 2016 the United Nations convenes a General Assembly Special Session (UNGASS) to take a fresh look at the "world drug problem". 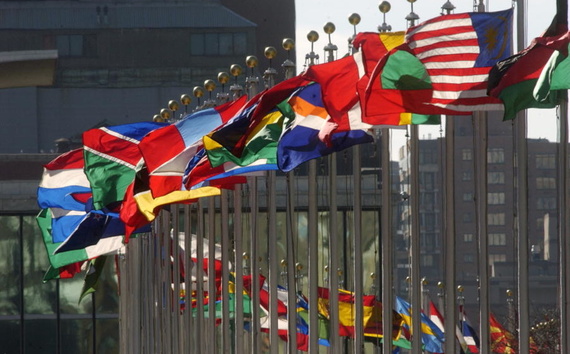 The global meeting, requested by Colombia, Guatemala, and Mexico, may not produce any immediate breakthroughs. Most of the world's governments continue to be guided by fear and are not yet prepared to abandon the absurd "drug free world" slogans from the 1980s.

Nevertheless, a worldwide network of researchers and reform advocates are actively organizing to use this "UNGASS moment" to introduce new research and common-sense best practices to promote an "evolutionary" shift that can transform global drug policy in coming years.

But genuinely putting the brakes on the drug war and the prison industry that feeds off it requires more than convincing arguments and viable strategies. It will take sustained pressure from an informed, organized, and creative citizenry who can make the damage wrought by the drug war visible, while demanding real change.

Caravan for Peace, Life, and Justice

Making drug war damage visible, encouraging debate and demanding change are at the heart of the "Caravan for Peace, Life, and Justice" that begins in Honduras on March 28th, deep in drug war affected Central America. From Honduras the caravan will travel to El Salvador, Guatemala, Mexico and Texas all the way to New York City and the UN Special Session. 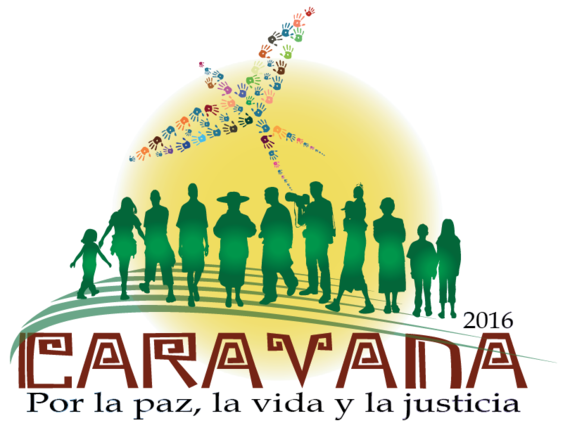 Solving the drug war problem -- like so many of the big issues facing humanity - should be about using the best possible research and science to design forward looking policies that are then vetted and embraced by democratic societies.

The war on drugs is already widely discredited after half a century of failing to evolve in light of scientific and public health evidence showing it to be ineffective and even counter-productive.

Common sense dictates that we should already be pushing more countries to implement good faith policy initiatives like Portugal did -- decriminalizing all drugs and investing in compassionate care for problematic drug users -- with stunningly positive results. But drug war thinking has taken root in our military, police, and penal institutions where it eludes scientific critique and democratic scrutiny. The old paradigm of prohibition, criminalization, militarization, murder, and mass incarceration will not fade away of its own accord, and events like the capture of El Chapo give it, undeserved, new life.

A true end to drug war will take courage, creativity, patience, and focused political will. That's why democratic initiatives like the Caravan for Peace, Life, and Justice to promote dialogue, explore solutions, and bring people together across international boundaries to help each other create democratic change, are so important. 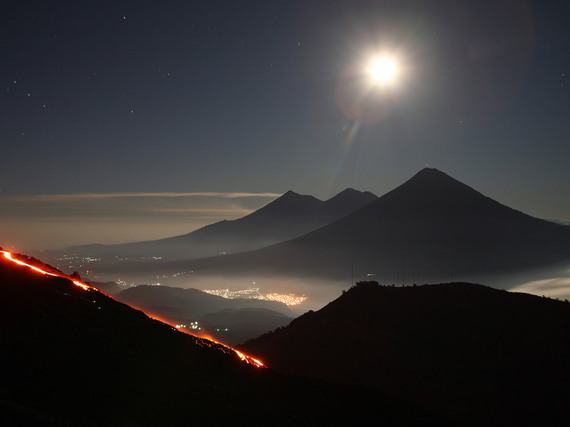