After years of fruitless tips and dead-end leads, authorities got a big break in identifying “El Dorado Jane Doe,” a mysterious woman who was killed at a seedy Arkansas motel nearly three decades ago.

El Dorado Police Detective Lt. Cathy Phillips told HuffPost that authorities were able to use DNA evidence to track down relatives of Jane Doe, a major step forward in the process of identifying the woman.

A recent conference call with the DNA Doe Project led to Doe’s DNA being shared with GEDmatch, the same genomics and genealogy website cops in California used to identify a suspect in the Golden State Killer case.

Phillips said she was notified two weeks ago of the first DNA hit.

“We did a genealogy background and a woman in Alabama was our first link to it,” the detective told HuffPost on Wednesday. “I couldn’t find a phone number for her, so I contacted the family on Facebook. At first, they thought I might be a quack, so they did some checking and found out you did a story on it and then it went from there.”

Phillips said a genealogist she is working with has since identified Doe’s father as a descendant of Daniel Wood and Mamie Carter, who had nine children and lived in Virginia. The couple is the great-grandparents of Christina Tilford, the Alabama woman whose DNA provided the first link in the case.

Tilford, who learned she’s Doe’s second cousin, told HuffPost she didn’t recognize Doe but could see a family resemblance. She said she shared her DNA with the website about a year ago in hopes of tracing her family roots.

“I was really shocked,” Tilford said of being notified by the detective about the match. “I didn’t expect something like this to come from my DNA test.”

Phillips, a 25-year veteran of the department who has spent nearly 15 years looking for answers in the bizarre case, said she is “ecstatic” about the recent developments.

El Dorado Jane Doe had a history of prostitution and frayed relationships. She went by a number of aliases but told most friends to call her “Mercedes.”

Her life ended on July 10, 1991, when she was shot and killed at the Whitehall Motel in El Dorado, Arkansas. James “Ice” McAlphin, her lover and alleged pimp, denied killing her ― claiming she’d committed suicide ― but ultimately pleaded guilty to second-degree murder and served nearly 15 years behind bars.

At the time of the killing, authorities found a number of her personal belongings, including menus from restaurants in Texas and Virginia; diary entries in which she refers to “Tyrone” and “Gail”; and a Bible inscribed with family members with the last name Stroud. Detectives followed up on it all.

In interviewing others who knew her, police learned she had once worked as an exotic dancer in Dallas, Texas. It was there, police were told, that McAlphin first met her. She was also known to dance in Little Rock, Arkansas, and possibly Virginia and Minnesota.

“She told quite a few different things to different people,” Phillips said. “She told people she was in the witness protection program and that her father was in the Mafia. There were rumors she was wanted for bank robberies on the East Coast, and she told some people she had been with a black male at a truck stop. She said he made her go up to the trucks and make contact with the truck drivers and that he actually shot and killed one of the truck drivers and they were on the run for that.”

Despite all the pieces of the puzzle, there just wasn’t enough to put it all together.

In 2016, HuffPost spent several months looking into the case and found a number of people who considered El Dorado Jane Doe a friend. While none of them had any clue as to her real identity, she had told several people that she was a mother of two. Some even speculated she had worked on the fringes to send money to them.

McAlphin, who at the time was behind bars on an unrelated domestic violence offense, broke his silence for the first time in 2016. He told HuffPost in a series of exclusive interviews that he knew her real identity but would only reveal it if someone paid him $4,000.

“If you’re sincerely interested in this information, go ahead [and put the money] on my books and I’ll give you all the information I have and I’ll keep working with you in case I can remember more,” McAlphin said.

He provided a number of tantalizing clues, which may or may not be true, and said she used the alias Helen Stenner.

“She may not have even divulged a whole lot of truths about herself to him,” Phillips surmised at the time. “I think she’s a runaway, and I think he’s a creature of habit, and if he knew who she was he’d tell to try to get out of something.”

According to Tilford and Phillips, no one in the Wood family ever knew of Doe’s existence until now.

“They didn’t have any knowledge of anybody running away, reported missing or put up for adoption or anything, so we think she was born out of wedlock,” Phillips explained. “So, we’re getting DNA from other family members to narrow it down.”

While the search for El Dorado Jane Doe’s name is ongoing, authorities are closer now than ever before to finding it and providing answers to a family who, until now, was oblivious to her fate.

“Her story just breaks my heart,” Tilford said. “She deserves [a name] and it would be wonderful if we could find any children she might have had.”

Anyone with information about this case is asked to contact Lt. Cathy Phillips at 870-881-4810. Anyone wishing to remain anonymous may provide information by calling El Dorado Crime Stoppers at 1-870-863-4636. Additional information can be found at eldoradojanedoe.wix.com and Facebook. 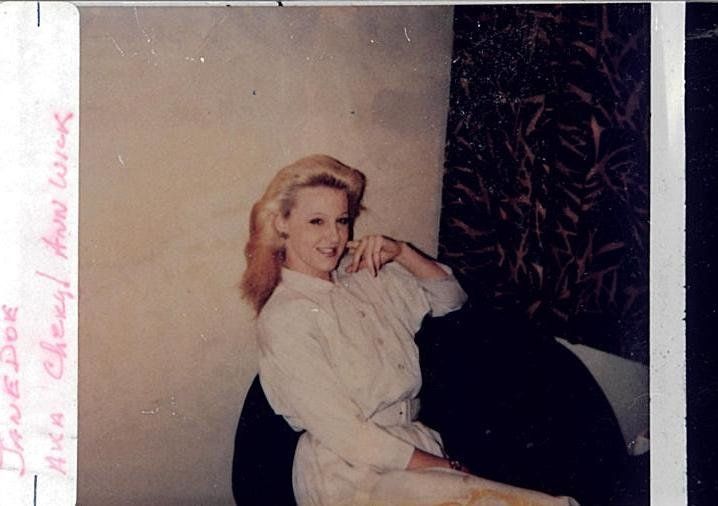 1 / 30
El Dorado Jane Doe
"From everything I can gather, there are a couple things that are consistent," Detective Cathy Phillips said about Mercedes. "She went with black males, she did prostitute and [she] was an exotic dancer."
El Dorado Police Department