"We are a platform which provides distribution to those who want to utilize it as a loudspeaker," she told reporters. "It is an amplifier of their ideas. We offer a platform to listen and to talk." It is a new model which she said Spain — a country in the midst of a recession and a debt crisis — was poised for.

"El Huffington Post propels us Spaniards on a global conversation," Cebrián said. Domínguez echoed that sentiment, adding that it would have a unique ability to "reach the people."

Huffington introduced the two of them, along with some of the other key players in the launch, in an inaugural blog post on Thursday.

"I met Montserrat (or Montse, as everyone calls her) on a Sunday morning when she interviewed me for two hours on her radio show, A vivir que son dos días on Cadena SER, in Madrid," she wrote. "I loved her right away -- her passion for news and storytelling, her intelligence, her gift for intimacy."

Domínguez described their anticipation around the site, which launched with eight journalists and two interns, at the press conference. "The moment we hit enter was quite exciting," she said. 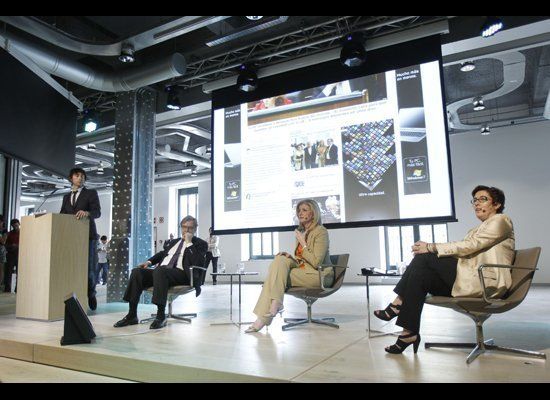