Lobo Week, March 23-30, 2015, marks the 17th anniversary of the Mexican gray wolf's return to the wild. However, this wolf subspecies' tortuous recovery journey actually began over 40 years ago, when the 1973 Endangered Species Act inspired Americans to build an ark. One of the first creatures we welcomed onto our ark was the gray wolf. But arks and best-laid plans sometimes don't work as intended.

In 1977, the U.S. Fish and Wildlife Service (USFWS) contracted Roy McBride to capture wild Mexican wolves in Mexico to begin a breeding program for this nearly extinct subspecies of gray wolf. Ironically, McBride, who for years had lethally trapped wolves, now applied his considerable skills to wolf conservation. In three years he caught five animals. Just in the nick of time, too, because by the early 1980s the Mexican gray wolf had gone completely extinct in the wild. 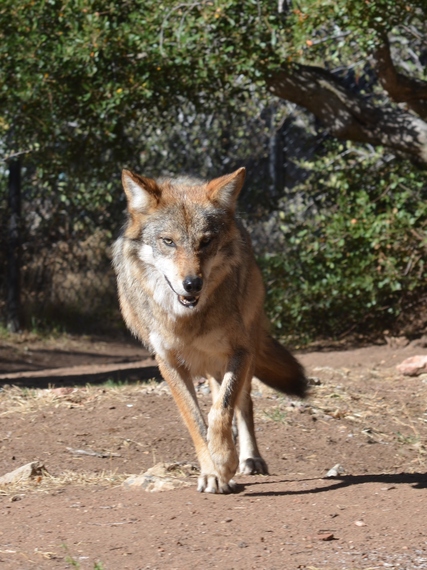 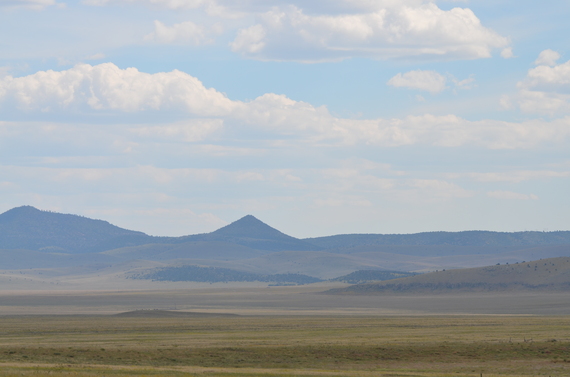 Due to politics and resistance, it would take a lawsuit by the Center for Biological Diversity to spur the 1998 USFWS release of eleven captive-bred Mexican wolves into the Blue Range. Since then, an influx of captive-bred wolves has bolstered this population. Today fifty licensed centers breed wolves for this federal program. Top facilities include the Wolf Conservation Center in New York, the California Wolf Center, and the Turner Endangered Species Fund's Ladder Ranch in New Mexico. 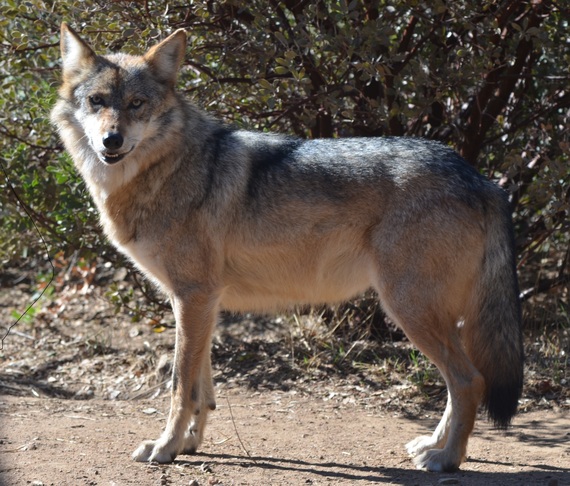 By 2014, only 83 Mexican gray wolves survived in the wild. This population struggled due to poaching and legal killing by the federal government for livestock depredation. Conservation biologist Paul Paquet and others concluded that it faced a very uncertain future without key management reforms.

To learn more about lobo recovery, I spent a crisp autumn day afield with educator and filmmaker Elke Duerr in the New Mexican portion of the Blue Range. To get there we travelled south through El Malpais National Monument into Catron County. This economically strapped county provides a home to 3,500 people, 12,000 elk, lots of cattle, a smattering of wolves and some of the most virulent wolf hatred in the West. The Gila National Forest makes up a large chunk of the county. Wolves gravitate to the beautiful mixed open meadows and woodlands here, and so did we -- to track these elusive carnivores. 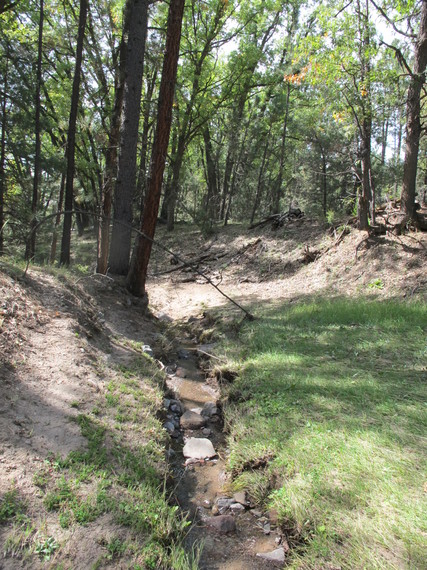 We entered the forest on foot, following a narrow stream. Cattle sign far outnumbered other animal sign. The cattle had trampled the riparian vegetation, causing the barren stream banks to erode. We spotted coyote, elk, and deer tracks. In a clearing next to the stream, we found a wolf-killed elk carcass. Its femurs had been bitten in two, the marrow sucked out -- evidence of wolves, because in this area only they have carnassial teeth big enough to bite an elk femur in half. This carcass gave us hope.

Back on the highway, we continued south to Apache Creek where we stopped for gas and some big lessons about wolf recovery. Across the street from the gas station stood a billboard emblazoned with a lurid photograph of a dead calf, and another of a dead horse. Both had had their bellies torn open. The billboard caption read, "Beware, Wolves Nearby! Keep Kids and Pets Close!" This community even had installed cages for kids, to keep them safe from wolves as they waited for the school bus. 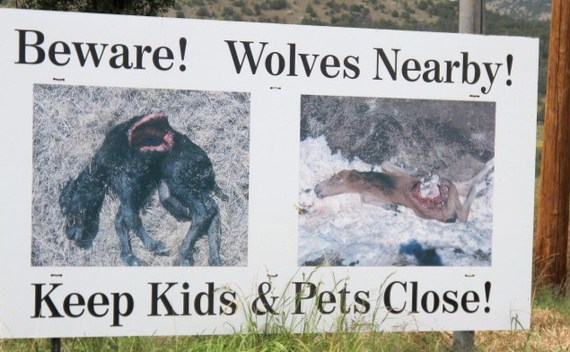 I found this entrenched wolf hatred irrational and sobering. Irrational because wolf depredation accounted for a minor amount of total livestock losses, and no wild wolf had ever killed a human in the U.S. Sobering because these fears were rooted in something very difficult to change: people's worldviews.

In this impoverished county, people despise the federal government. They've turned the wolf into a scapegoat for what they fear most: government control over what they can and can't do on their land. They fear being forced off public land, where some families have held grazing leases for several generations.

The Apache Creek billboard depicted the powerful clash between the old and new West. Unlike the old West, in which the only good varmint was a dead one, a growing number of living wolves populates the new West. People in places like Catron County are desperately trying to hold onto the mythical West and all its lawlessness, unfettered human freedom, and shoot-shovel-and-shut-up ways of dealing with wolves.

Defenders of Wildlife has made commendable inroads in reducing conflicts between wolves and livestock here. Depredation prevention measures include range riders, fladry, alternative pastures, and community calving. However, old ways die hard. Some ranchers have accepted this help -- but others have refused.

When I asked Duerr what would increase social acceptance of wolves, she said, "Educating the next generation is our best hope." To that end, she and those involved in Mexican wolf conservation, particularly federally licensed captive-breeding centers, have developed outstanding education programs.

Other recovery tools include the 2015 USFWS Mexican Wolf Experimental Population Rule. It increases ten-fold the area where wolves can be released and raises the recovery goal to 300-325 individuals. Yet experts call this insufficient. In the meantime, el lobo continues to face an uncertain future.