Dangerous diseases could possibly be riding the ocean currents from country to country thanks to El Niño, and some scientists think it may be happening more often because of climate change.

Health issues and climate change have been linked in the past. For instance, as temperatures increase and weather patterns change, disease-carrying mosquitoes remain more active and can spread illness, and air pollution can influence cardiovascular disease and asthma.

Now, a new study suggests that as El Niño events intensify due to a warming climate, the weather system's water currents can spread infectious diseases across oceans.

Scientists think they have evidence of this already happening in the arrival of Asian strains of waterborne bacteria, known as Vibrios, in Peru, Dr. Jaime Martinez-Urtaza, researcher in the department of biology and biochemistry at the University of Bath in England and lead author of the study, told The Huffington Post.

This group of bacteria can cause stomach illness if a person is exposed to a strain in seawater or by eating contaminated seafood. Asian strains of the bacteria emerged in Latin America around the same time as extreme El Niño events, according to the study.

El Niño is a natural weather phenomenon that occurs when there's unusually warm water at the surface of the tropical Pacific Ocean. Scientists have linked intensifying El Niño events to climate change, but are still studying the issue.

"There is some concern that in a warming environment, with more water vapor in the atmosphere, these conditions may intensify El Niño events -- however, this is an area of current research," Martinez-Urtaza said.

El Niño can fuel heavy winds and rain in some parts of the world, such as South America, and reduce rainfall in others, such as Australia. Diseases thrive in communities devastated by natural hazards, such as flooding. Martinez-Urtaza noted that El Niño is not the only thing causing the spread of a waterborne disease -- of course there are other factors to consider -- but it might play a role.

The study, which was published in the journal Nature Microbiology last week, involved gathering and analyzing data derived from sequencing the genomes of bacterial strains as well as information on the frequency of El Niño events over the past 30 years.

The researchers noticed that during the last three significant events -- in 1990, 1997, and 2010 -- Asian variants of disease-causing bacteria emerged in Latin America, where they're not normally seen. These outbreaks included cholera in Peru in 1990, which resulted in more than 13,000 deaths, and Vibrio parahaemolyticus in 1997 and 2010.

Martinez-Urtaza said that the sudden emergence of Vibrio infections in Latin America was previously a recurrent unsolved mystery. The researchers concluded that climate-sensitive bacteria may attach to larger organisms, such as zooplankton, and "piggyback" along ocean currents to spread globally.

"Numerous previous studies have shown how such Vibrios bind to and use these larger organisms as a source of energy, and through this mechanism, we suggest, they are essentially able to piggyback," Martinez-Urtaza said in a statement.

As El Niño's warm waters produce strong currents, combined with a drop in salinity due to heavy rainfall, the coastal environment can become optimal for infectious bacteria to travel far and wide and possibly contaminate seafood, he said.

"An El Niño event could represent an efficient long-distance 'biological corridor,' allowing the displacement of marine organisms from distant areas," Dr. Craig Baker-Austin, senior research scientist at the U.K. Center for Environment, Fisheries and Aquaculture Science and a co-author of the study, said in the statement.

The researchers want their new study to help coastal countries better understand the role ocean currents could play in transporting diseases that pose a threat to public health.

"The effects of El Niño events and their impacts on local weather, fisheries and the risk of more extreme meteorological events are already well-documented," Martinez-Urtaza said in the statement. "Now understanding the role the ocean currents are also playing in transporting these disease has huge significance for public health campaigns in those countries." 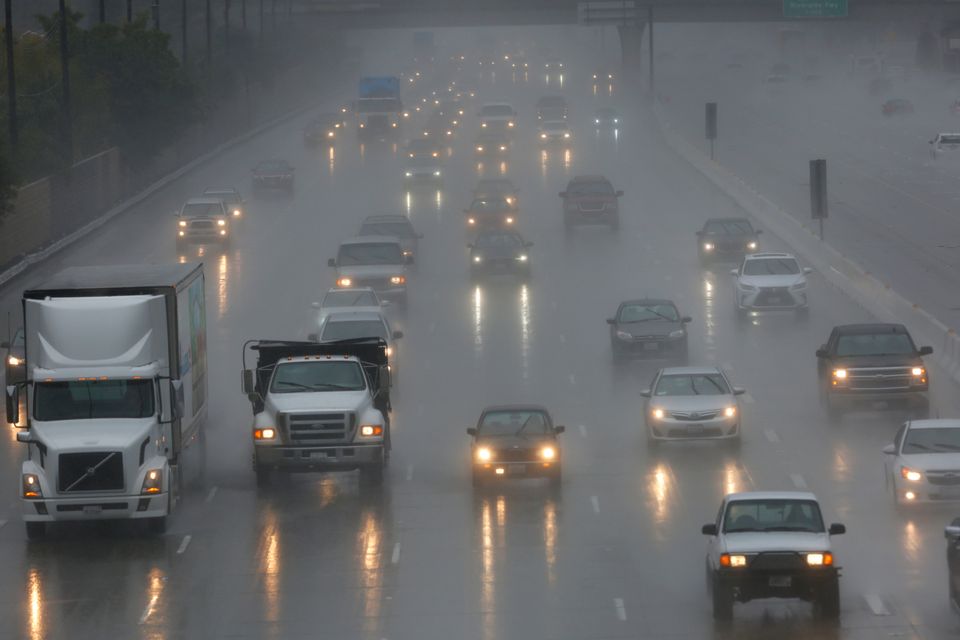