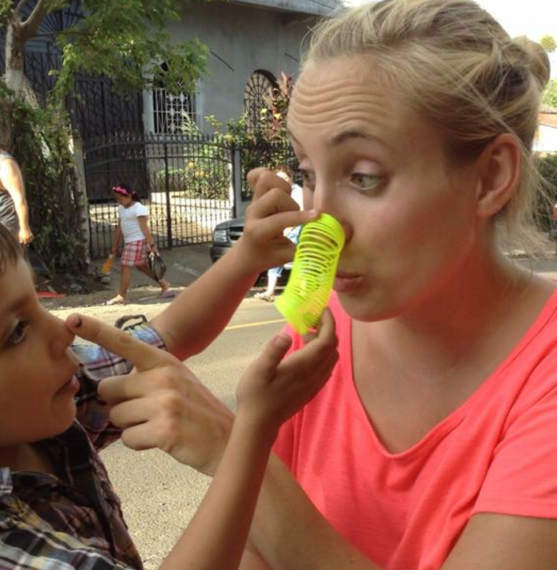 Goofing around with Álvaro

The laughter of my little host brother, Álvaro, reverberates in my mind every time people ask me about my time in the Peace Corps, and it's all I can do not to cry (actually, I'm crying right now as I write this).

I had to come home three months early from my posting in El Salvador because all of us Peace Corps volunteers were evacuated as a result of the country's rising homicide levels.

"I bet you're glad to be back," people back home tell me. "I'm glad you're home safe. Your parents must be so relieved."

Of course, I'm glad to be home. I'm back in comfort. I'm not hot and constantly sweating anymore. I'm back to home-cooked meals and living under the same roof as my parents. I can run to CVS whenever I want. I can run out to have a quick lunch with my friends. It's almost like nothing ever happened... my life is back to normal.

But what happens when your life has taken on two realities? You constantly miss the other one, even though you're happy where you are. I built a life in El Salvador that is now on pause, just like my old life in the United States was for the two years I while I was in Central America.

What happens when you're taken out of a country because it's deemed unsafe for you, but you leave others behind? Women and children are being expelled from my country because they are not here legally, according to laws and imaginary lines drawn by men. What happens when you're plagued with guilt about your freedom to come and go as you please, when people you know and love have to cross a desert, sometimes months at a time at the risk of starving, being abused, or dying, only to arrive at a place where they suffer discrimination, racism and lower wages just to make a little bit of money for their family back home?

These are not "bad people." While every country, race and nationality has its share of bad people, the people I met in El Salvador are different. They are hardworking and loving. 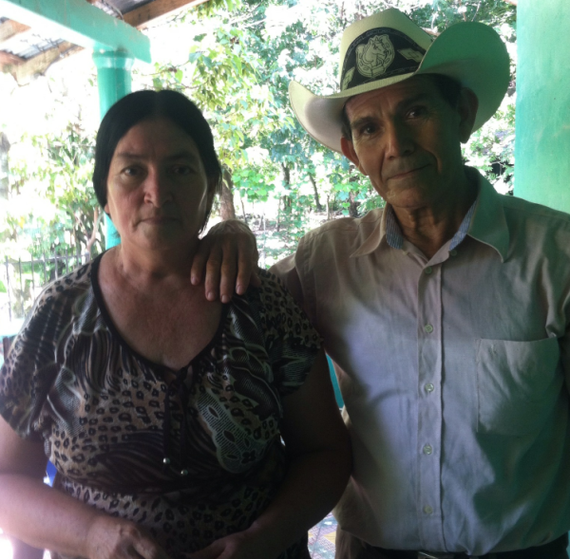 Take Doña Cristina, my first host mother, who quietly lives her life in the rural town of Guiscoyolito, San Luis de la Reina, San Miguel. She raised 10 children with Don Pablo, my host father. Each grown child lives within 2 miles of their parents' house because family is that important to them. Doña Cristina lived through the civil war with her babies, hiding them under beds and tables while the rebels and government forces traded bullets over the roof. Don Pablo, one of the kindest souls you would ever meet, works with his hands and speaks with a gentle voice and warm heart. I look forward to seeing his smiling face again one day, exactly where I know he'll be -- out in the milpa (field), gathering crops for Doña Cristina to cook for that day's meals. 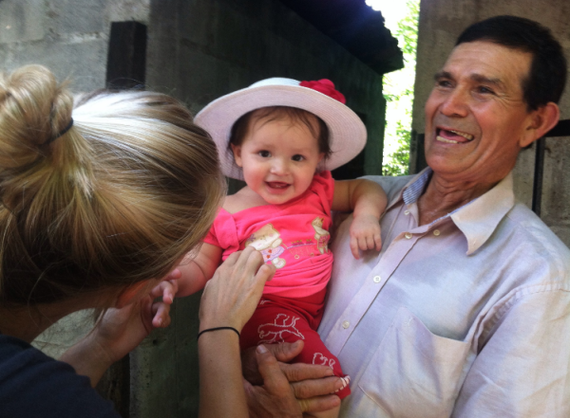 Saying hi to Don Pablo and his granddaughter 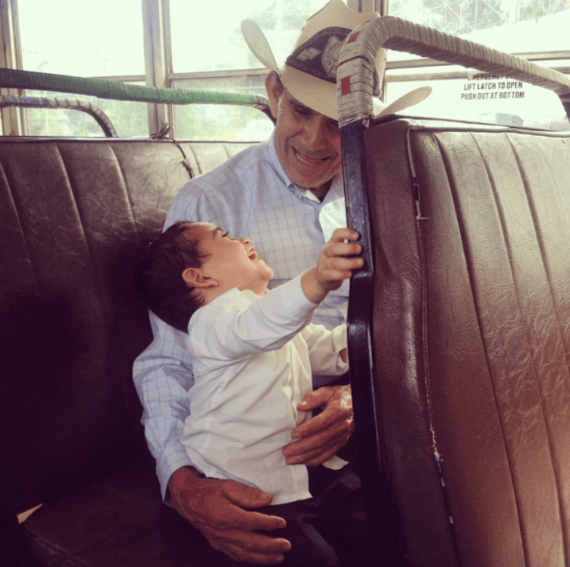 Don Pablo and his grandson on the bus

Then there is Carmelina, my second host mother. She is a force to be reckoned with in the pueblo of San Luis de la Reina, San Miguel. How a woman like her was born in a society where women are objectified and treated like second-rate citizens by men, I have no idea. Carmelina's husband works in the United States as a resident and she has raised their two children, Angelica (10) and Álvaro (5), basically by herself. She has four jobs: a mom, a transportation driver, an online university student, and she owns a convenience store set up in their house.

When I lived there, her fifth job was as a host mom for a Peace Corps volunteer. And let me tell you -- cultural differences and another grownup in the house was definitely not an easy adjustment for anyone. But if anyone could do it, it's her. On her own (and with her own credit), she got approved to buy a truck and become a driver for a group of men working for the country's energy company. That news was not taken kindly to in a town where women are not supposed to drive.

Through adversity, Carmelina has become one tough cookie who doesn't take shit. She doesn't accept disrespect from anyone and will make sure they know it. One day I asked her how she had become who she is today. She told me she just knew growing up that she had a spirit in her. She just felt different than her siblings and was very ambitious. She has no desire to live in the United States; she sees opportunity to help develop her town. She wants to be mayor one day. I believe she will be.

I know Norma and Arquímides, local restauranteurs in San Luis de la Reina, San Miguel. They were my two very best friends during my Peace Corps years. It all started with a sporadic English class in town with some of the kids who would rather have been playing soccer. Norma and Arquímides lent the back of their restaurant as a space for learning. Both of them knew English from having lived in the U.S. for a little bit, and we became fast friends. They took me in, fed me, and talked to me about life allá (in the U.S.A) and we found some common ground in North American culture. Later they would tell me they wanted to pay forward the treatment they received from some kind people who helped them in their time in the U.S. 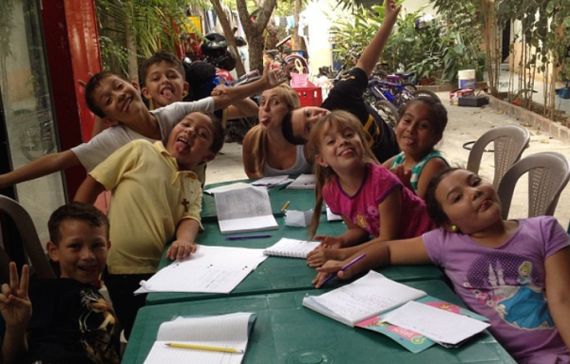 I know the good, God-fearing people of San Miguel who work to erase gang insignia from the walls of their towns, and they work with the police to keep them safe from violence. They would smile at the lone gringa on the bus, and offer her fruits, cashews, water, their seat, or even the shirt off their back to make her feel welcome in their community. They greet every single person they pass on the streets, stranger or not, with a smile and a kind hello. They value family over all else. They barely get by and are still ranked among the happiest nations in the world. I dare you to call them bad people.

I know Don José Ernesto (Papa 'Neto), Mama Mirian, Wendy, Estefany, Jasmin and my entire training host family/community in Chalatenango, El Salvador who took me in my first two months in country and made me think Peace Corps would be easy. They called me their hermanita and hija from day one.

It was Mama Mirian whose face I remember, eyes closed, mirroring the sky in a moment of pure peace and serenity. I wanted to be like her. I still do: A person who is happy and grateful for everything she has.

Papa 'Neto who would say I was his seventh daughter, and pick me and the other volunteers up from the bus stop when his car had gas so we wouldn't have to walk all the way home after a long day of training.

These people welcomed me -- a stranger -- into their country, community and homes, and wanted to know about me. They made me feel loved and appreciated. They still do to this day.

To me, that's what Jesus would do. Care for those who need it. I only hope as a nation, whatever God we follow, that's what we end up doing for foreign guests in our country who just need help. I'm glad that the day I left, even though he was running late for school, little Álvaro just let me hug him goodbye. That's love. And I wish I could give it back, tenfold. He deserves a better world.