When you were a kid, you likely spent many a day turning gobs of multicolored Play-Doh into apples, beasts, monsters and snakes, among myriad other things. Over the years, however, you've sadly given up the stuff, and thus have probably never known the very adult possibilities of playing with the dough today. Well, if you're anything like London-based Eleanor Macnair, those possibilities might look a lot like a Henri Cartier-Bresson photograph.

In her ongoing series "Photographs Rendered in Play-Doh," Macnair does exactly what it sounds like -- she turns famous photographs both historical and contemporary into vibrant tableaux of kid-safe modeling clay. The results take you to a magical land, where your kindergarden class meets your most recent trip to the Met, and it's absolutely wonderful. 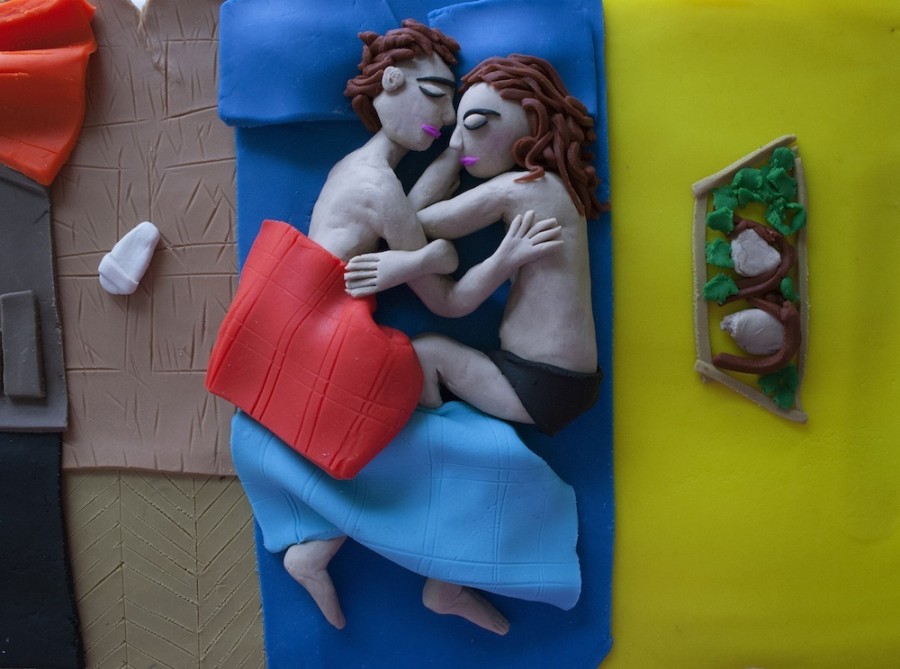 "It all started on a whim, at a performance in the form of a photo pub quiz run by MacDonaldStrand, in Brighton, in August 2013," Macnair explained to The Huffington Post. "One of the rounds was to make a reproduction of a famous photograph using Play-Doh. It is said that you only need one good idea in life. I didn’t have one so, in the spirit of postmodern re-appropriation, I used MacDonaldStrand’s idea. And so it began."

The artistic endeavor cost Macnair only 40 pounds -- enough to cover the play-doh, two chopping boards and a highball glass to use as a rolling pin. Making each image takes about an hour, much of which is spent carefully examining the original photograph and determining which details need to be translated. Luckily, some of her sculptural details can be reused, before they return to the cans from which they came.

"The green blanket from the Cartier-Bresson later became a snake in the Madame Yevonde, the bushes in the Becher, the hood in the Judy Joy Ross and the hosepipe in the Stephen Shore. The works no longer exist and I’m usually the only one who has ever seen them in their three-dimensional state. I like the idea that they are ephemeral and can have no market value." 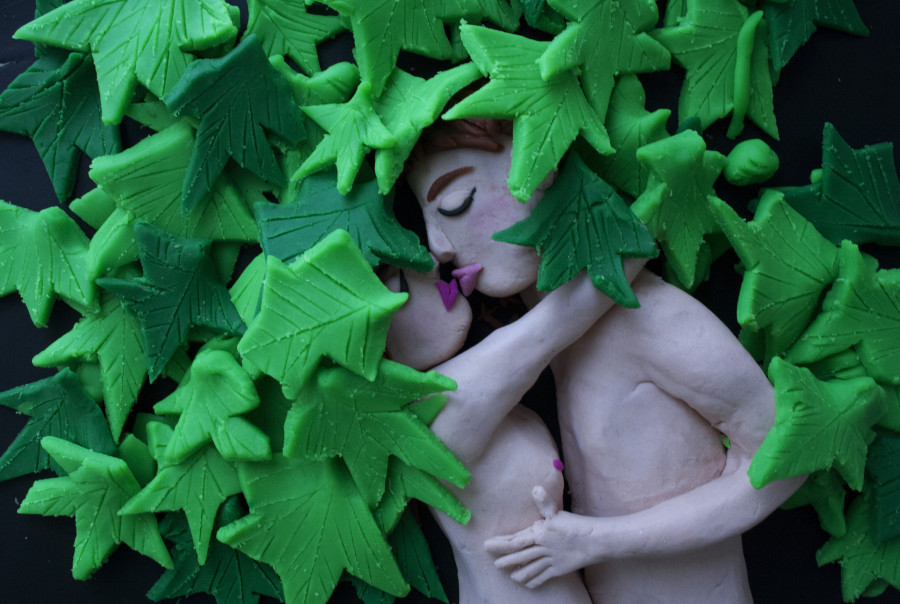 Original photograph: Untitled from Biophilia series I by Marco Vernaschi

The project soon took off online, to Macnair's surprise. "I’ve tried to use the momentum of the project to highlight photographs and photographers I think are worth seeing, especially some who may be overlooked. Unlike a serious photography blog I don’t have to comment or pass judgement on the photographs, I just recreate them, link to the original and my work is done."

"I’ve continued using Play-Doh because it’s cheap, quick, unpretentious and accessible," Macnair continued. Just like her medium of choice, Macnair herself is humble to the extreme. "Some of the comments I get on the project are 'I could have done that' or 'I could have done that better' –- and I totally agree with these comments. I’m the first to admit that I’m not an artist and I haven’t continued to project to produce 'works of art' –- I’ve just been interested to see where it goes."

For oh-so-many more photos, check out the Tumblr here. 'Photographs Rendered in Play-Doh' published by Macdonald Strand is available for £19.99.