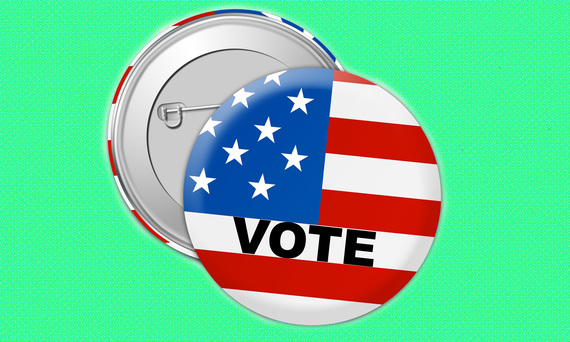 The ugliest, nastiest, most divisive election season in modern times is coming to an inglorious thud in a matter of days. For most Americans, Election Day can't come soon enough.

Most of the electoral focus has been laser-focused on the presidential fight -- and rightly so. But when the dust settles and the votes are tallied across the nation on Tuesday night, 34 states (plus Washington D.C.) could have some form of legal marijuana.

Nine states have marijuana measures on this year's ballot. Five -- including the Big Enchilada, California -- will vote on legalizing adult recreational use. Arizona, Maine, Massachusetts and Nevada also will be voting for full legalization.

A recent Gallup poll revealed that 60 percent of Americans are in favor of legalizing marijuana, but state-by-state polling on specific ballot initiatives tell a slightly different story. Our partners at the Law Street Journal have broken it down the ballot measures:

Of the states voting on cannabis reform, none is more important than California. More money and political muscle has been spent in The Golden State than all other states combined. Indeed, if California passes Proposition 64 -- The Adult Use of Marijuana Act -- it would be a watershed moment in the decades-long march toward national legalization.
"In addition to California's population size and enormous economic and cultural significance, legalizing marijuana there will be hugely politically impactful," said Tom Angell, chairman of
Marijuana Majority
, a drug reform advocacy group.

This is not the first time Californians have had marijuana on the ballot. Twenty years ago, the state's voters passed Prop. 215, becoming the first state in the nation to allowing the use of medical cannabis. But in 2010, California rejected Prop. 19, which would have legalized it recreationally. Two years later, Colorado and Washington became the first states to allow for legal recreational use.

In the failed 2010 vote, only 11 of the state's 58 counties supported the initiative. Voters in the Emerald Triangle -- Humboldt, Trinity and Mendocino counties, where the majority of the cannabis farms are located -- rejected the plan. Many longtime growers will likely vote against Prop. 64 this year.

"California's looking good, so is medical marijuana in Florida, and I'm confident we'll prevail in other states as well," said Ethan Nadelmann, executive director of the Drug Policy Alliance. "We're fast approaching the day when Americans will look back on the marijuana wars of recent decades the same way we now look back on alcohol Prohibition - as a costly, foolish and deadly mistake."

But most polls suggest a resounding victory for marijuana legalization in California this time around, which would turn the entire West Coast, from San Diego to Seattle, green.

Highway is an essential source for cannabis science, how-to stories and demystifying marijuana. Want to read more? Thy these posts: One Man's Journey In Pursuit Of The Truth Behind Marijuana Prohibition, Marijuana Myth Busting: Does Holding In Smoke Get You Higher? and A Drag Queen's Visit To The Cannabis Store.