For all the Maalox moments of this raucous roller-coaster of a campaign season, one thing can be said of the American people: We sure know how to make each other laugh.

While I certainly won't miss those daily emails that came streaming into my exploding in-box over the past 24 months -- (you know, the panicked petitions, erroneous rumors, and endless Photoshopped pictures of Sarah Palin in a bikini) -- I confess that, more than once during the election season, my spirits were lifted by some rare glimmers of video genius, many of them downright hilarious.

Whether whipped up in the busy back room of The Daily Show, or laid down in a quiet recording studio out west, or simply cobbled together by some renegade smart aleck with a turbo-charged laptop (and, perhaps, a little too much time on his hands), these were the video moments that defined Campaign '08 -- from the sublime artistry of those musical mash-ups, to the landmark lampoonery of Tina Fey's Sarah Palin.

It's impossible to say which of the year's countless video gems qualifies as best of the bunch -- there were just too damn many of them (and, besides, as everyone knows, politics is the most subjective of contests). So in honor of Voting Day, the best I can do is offer a flashback to my six favorite diversions from this remarkable and historic election year. These memorable clips -- from YouTube, television and elsewhere -- made America laugh, made America think, and, in some cases, helped America make up her mind. Let's go to the tape(s).

1. I Got a Crush...on Obama (Amber Lee Ettinger)
Even to the casual viewer, this delicious slice of musical satire obviously required a team of talented wiseacres to put it together. But all eyes deservedly fell to front-woman Amber Lee Ettinger (aka "Obama Girl"), whose breathless crooning and unabashed jiggle helped launch the first spoof (June 2007) to convey the fan-enflaming star quality of Democratic presidential candidate Barack Obama.

2. Barack Obama: He Completes Us (The Daily Show)
Picking up where Obama Girl left off, Jon Stewart and his Daily Show posse concocted this pitch-perfect ode to Obama-mania, and aired it during the Democratic Convention. Conceived as a send-up of the classic candidate bio-film, its clear intent was to zing Barack adulators everywhere -- and it wildly succeeded.

3. Les Misbarack (Ultimate Improv, directed by JD Walsh)
It first began ricocheting around the Web back in September, mostly among theatre fans for whom the musical blockbuster Les Miserables is something of a religious experience. But before long, this deadpan parody -- courtesy of the Los Angeles troupe, Ultimate Improv -- slipped into the mainstream, as it cleverly underscored the breast-beating drama of the 2008 campaign. Not surprisingly, the video enjoyed a second burst of round-the-Web popularity on election eve.

4. Takin' it Back with Barack, Jack (for Swing Voters!) (Will Galison and his Orchestra)
The rule of thumb for musical satire is to keep the words and notes on equal footing, never permitting one to overpower -- or compromise -- the other. Not every musician-parodist has the chops (or smarts) to pull this off -- but jazzman Will Galison did, and to perfection. (And, hey, you gotta love that word play in the title.)

5. Tina Fey as Sarah Palin (Tina Fey, Amy Poehler, Saturday Night Live)
When history recalls the key players of the 2008 election -- from the loudmouthed reverends to Joe the Plumber to the candidates themselves -- writer/actress/Saturday Night Live veteran Tina Fey will be right up there with the headliners. Unexpectedly called back to SNL duty (while simultaneously starring in her own hit NBC show, 30 Rock), Fey brilliantly embodied the embattled Republican Vice Presidential candidate, Sarah Palin, in a series of skits that helped return SNL to the mega-ratings of its glory days. This first sketch, co-starring equally gifted SNL regular Amy Poehler, got the "you-betcha" ball rolling.

6. Yes We Can (will.i.am, Dipdive.com)
When was the last time you heard a hit song adapted from...a speech? Conceived and created by Black Eyed Peas front-man will.i.am -- and featuring an earnest ensemble of music industry and show business celebrities -- this exquisitely edited music video debuted online back in February, and quickly became emblematic of the heart, soul and passion of the Obama campaign. Adapted from the candidate's concession speech after the New Hampshire primary (he came in second to Sen. Hillary Clinton), it became an instant viral phenomenon and ultimately won an Emmy for Best New Approaches in Daytime Entertainment. It also cemented the Obama campaign's three-word slogan. 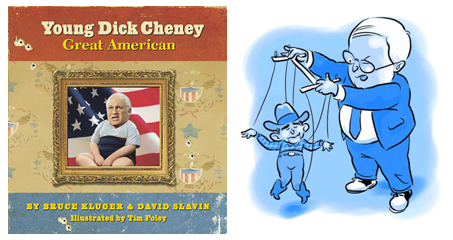