Sometimes looks can be deceiving; this is especially true of the 2012 electoral map. At first glance it looks pretty good for Governor Romney. There is an awful lot of red and quite a few toss-up states, and in a number of those toss-up states there are only a few points separating the two candidates. The problem for the Romney campaign is that the president's lead in several of those states is slowly moving beyond the margin of error. If the current trajectory continues, we may have to move three or four of those states into the "lean Obama" column within the next week. With just 42 days to go before Election Day, this is Barack Obama's race to lose.

Before we take an in-depth look at the current state of the electoral map, here's a quick snapshot of the current political environment:

For all that has been said and spent in this campaign, the next six weeks will be all about just eight states: two out West (Nevada and Colorado), two in the upper Midwest (Iowa and Ohio) and four on the East Coast (New Hampshire, Virginia, North Carolina and Florida). After careful consideration we have put Wisconsin in the lean Obama column. Here is what this means:

Below is our electoral vote map.

Of the eight remaining battleground states, our analysis of public polling trends suggests that four of them fall into a "true" toss-up category: Colorado, Florida, New Hampshire and North Carolina. In each the President leads by anywhere from a single point to three points. In essence, a tie. Take Florida, for example. There the president leads Governor Romney by three points -- 49 percent to 46 percent -- but has been on the upswing for a few weeks. Remember that Romney took the lead in Florida during and after the GOP convention in Tampa; that lead has slipped away. 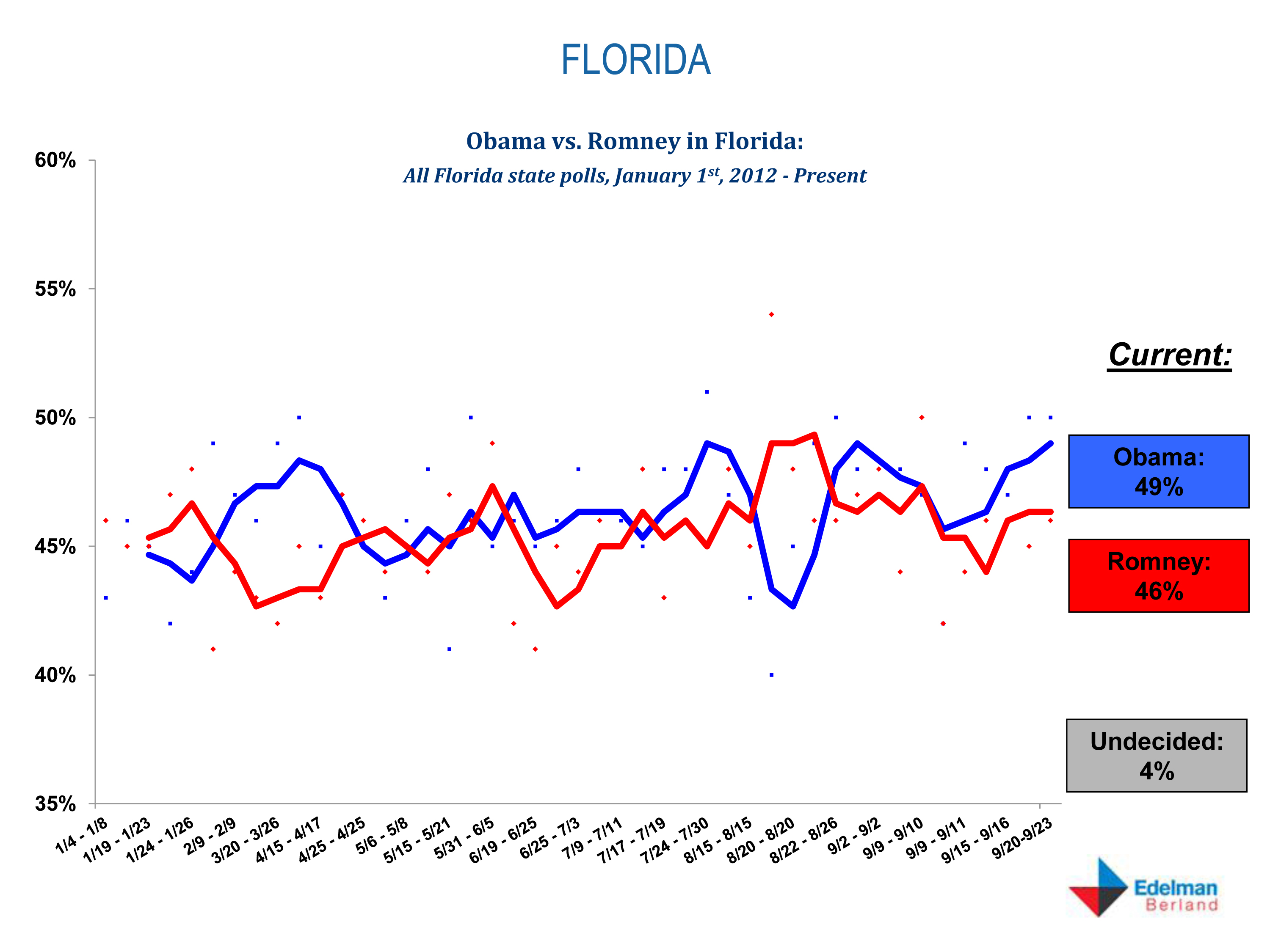 The point is that all four of these states are simply too close and too volatile to allow us to make any claims about a vote share advantage for either candidate. They are truly too close to call.

In the four remaining states, however, Obama has staked out a small but clear four to five point lead: see Iowa, Nevada, Ohio and Virginia. Let's call these "near lean Obama" states. Of these, by far the most troubling for the Romney campaign has to be Ohio, where our analysis shows the President with a four point advantage. Again, Ohio can go either way, but if the current trajectory holds it could be out of Romney's reach by next weekend. 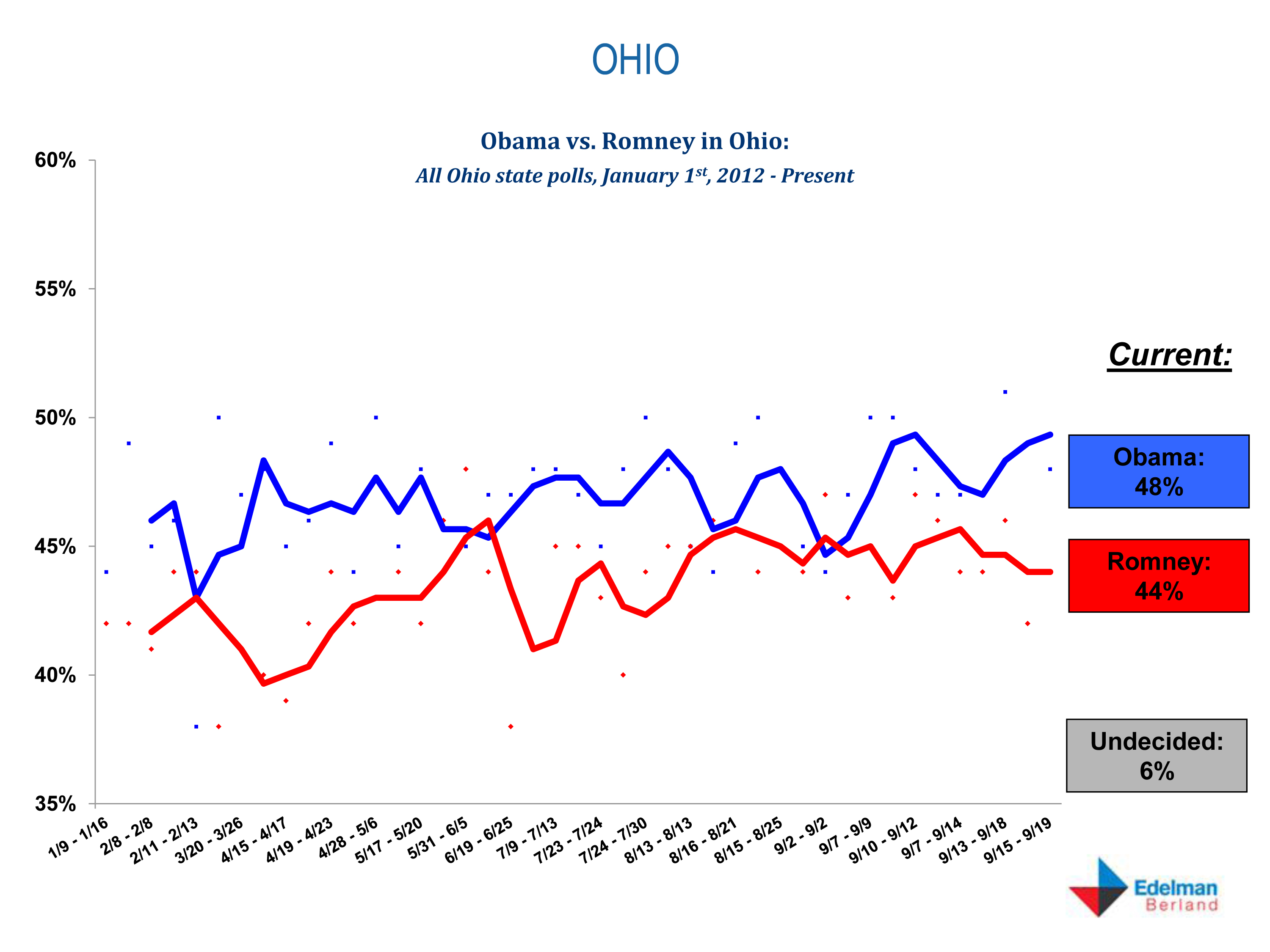 We will be back again next week.

Thanks again to Pete Ventimiglia, Kelsey Cohen and Allison Quigley for their insights and contributions to the election monitor. Follow us on Twitter: @Steve_Lombardo.