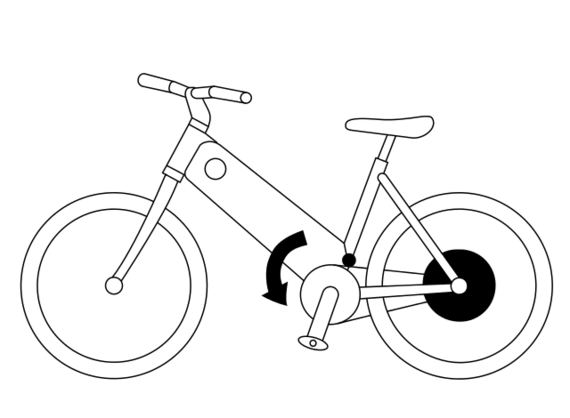 What is an e-bike? This term refers to a range of transportation methods. Here is a pretty thorough reference: https://en.wikipedia.org/wiki/Electric_bicycle#Classes. Broadly speaking there are e-bikes that rely more heavily on motors, something more akin to a moped, and e-bikes that are essentially bicycles that have been adapted to include a motor. For purposes of this article, we will refer to the Pedelec which is essentially a bicycle with a small motor that aids the rider with a "pedal-assist", or "power-on-demand" that leverages the work done by pedaling to move more quickly and smoothly, especially on hilly terrain.

In the US we have gradually become accustomed to experiencing commuters on bicycles in our daily routine. Depending on the region and city, it may even be a predominant form of commute by now. So, it would seem that the addition of what is essentially an adapted bicycle would fit in quite nicely with this trend. However, in practice the range of reactions to electric bikes (e-bike) varies widely-- everywhere from apathy by motorists to open confrontation by riders of traditional bicycles. Upon reflection, this mixed reception seems fairly typical for a disruptive use of technology when it is first introduced.

So, why do we see such varying sentiment towards an e-bike? It seems that up to now the world has been divided into motorized and non-motorized modes of transportation for commuting, with proponents on both sides. The addition of a motor to a bicycle challenges that traditional division. The enthusiasts of commuting with motorized vehicles like scooters, motorcycles, etc. simply ignore the e-bike right along with the traditional bicycles. In fact, from a distance a Pedelec style e-bike may not be readily distinguishable from a traditional bicycle. However, when it comes to the non-motorized biking community, this addition of power-assist is a bit of an upset. The pedal-assist feature makes this form of commute more accessible to a diverse set of riders, including those who might have limited abilities or those that are not necessarily involved with the sport of cycling. The relative ease of riding at higher speeds, especially on hills, challenges the status quo within the biking community as a whole. Here is a link to an interesting article on this topic: http://www.bikeleague.org/content/e-bikes-public-perceptions-policy

After riding an e-bike for a while and experiencing such diverse interactions, it is tempting to make an analogy to the disruptive evolution of other technologies. For example, you could think of the Pedelec as analogous to the CD-changer within the evolution of modern music recording technology: it is a variation on a theme, and an important step along the way to more innovation. When CDs first came out, we would pop them in one at a time. Then, as time wore on, the CD-changer evolved as a way to "stack" a few CDs to ease the change of CD. The e-bike would appear to add some nice functionality to a product that is already useful, the traditional bicycle. While we don't still see too many CD-changers these days, the evolution towards electronic music was influenced by the idea of having several hours of music available digitally without the need for much interaction. CDs have largely been replaced with devices that store music electronically. In fact, we wouldn't have smart phones with ample music libraries without all of the twists and turns along the way with cassette tapes, CDs, and LPs.

It is also fairly clear that e-bikes will continue to exist along-side traditional bikes and not replace them. It is widely acknowledged that an LP pressed on vinyl is still one of the better recording media ever developed and even by today's standards, the fidelity and durability of that media surpasses some of the more recently developed technologies. The same could be said about the tried and true bicycle. Both LPs and bicycles have been around for years, and despite repeated attempts to replace them, make tweaks in the basic design, etc., they endure and are ever-popular.

So, what does this mean for a new technology like an e-bike? We are at the beginning of a journey to find a mode of transportation that will allow an individual to get from one destination to another with the aid of technology in an environmentally sustainable fashion, preserving the ability to interact with the technology while getting some exercise along the way. The Pedelec represents a major step forward in that direction, but has not yet been widely adopted in the US. So, why is it lagging in the US? The answer is not abundantly clear.

For the moment, it seems to come down to a personal decision by an individual to adopt a new technology. If you see the potential in the e-bike for avoiding the use of a car and reducing your cost of commuting to work, you will investigate further. If you see the potential for shortening your commute time with an e-bike over that of a traditional bicycle, while still getting some exercise along the way, you might similarly be tempted to get one.

Let's say you feel inclined to try out an e-bike, then how do you go about finding one? The first step is to do some research online in order to get acquainted with the basic options for this mode of transportation. Don't be shy about asking e-bike commuters about their experience. You will likely find that they are more than happy to share their enthusiasm.

One strategy that seems to be popular is to start with a lower-cost, pedal-assist model Pedelec and gain some experience, then see what you prefer. Once you have studied up a little and have some idea of what type of commute you intend and the specific features you want, then you can head to a bike shop that sells e-bikes and try it out. Most bike shops rent e-bikes and encourage a kind of "try it, you'll like it" option. It can be quite convincing. Not only is it an invigorating way to get to work, it can also be quite fun!

Are we ready as a culture for e-bikes in the US? That is up for debate. But, it seems clear that we need more people who are willing to pioneer this technology in order to test it out and to help drive towards an energy-efficient way to commute. Every one of us with 16 GB of storage on our smart phones benefits indirectly from the historical innovations that have been made in recording technology, and it seems that eventually we will reap similar benefits from the innovations that come along with the e-bike.