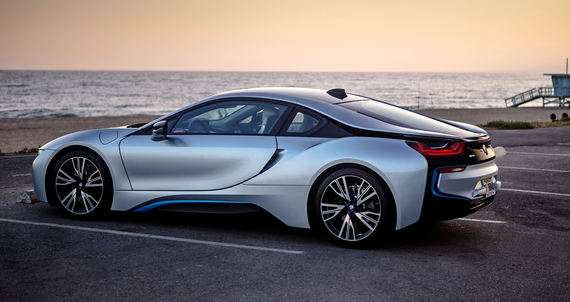 A car doesn't have to be dull and plodding to be green.

One wouldn't know that from the proficient, but uninspiring, plug-in hybrids and electric vehicles that crawled off the drawing boards of the major auto companies. But that seems about to change.

"We call ourselves the ultimate driving machine," said Matt Russell of BMW North America. "Preserving that driving experience is everything to us. We sell to those who really love driving, and we needed a way to build a sports car that was also energy efficient.

The i8, unveiled at the New York International Auto Show, is a stealth fighter of a car built to flow through the air rather than punch through it. There are grooves in the body designed to channel onrushing air through a narrow opening in the rear, not unlike the combustion chamber of the average jet. The result, at high speed, is you ride on a cushion of air and hear nothing from the world outside. 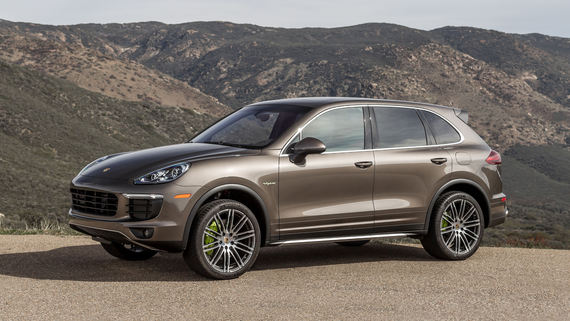 Not to be outdone, Porsche has taken its Cayenne, the 150-miles per hour SUV, and retooled a plug-in hybrid version as a family-friendly companion to its hybrid Panamera sports car.

"It's our feeling that electric motors are the wave of the future," said Porsche spokesman Thomas Hagg. "But the technology isn't quite there yet and the infrastructure and market aren't ready for completely electric vehicles. But we feel it is certainly coming, so we have begun moving in that direction with the plug-in hybrid. The Panamera proved that we can have an electric hybrid that meets the quality demands of Porsche in terms of performance and handling.

"But to really move our brand into the electric future we needed to develop a plug-in hybrid for the Cayenne, which is our best-selling model." 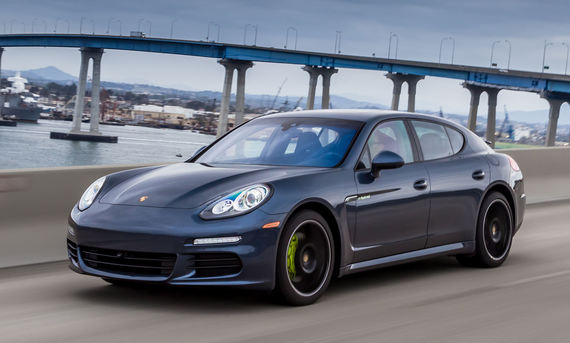 The combined Porsche power plant was on display at the New York exhibit, which lasts until April 12, but is definitely not just for show. The Cayenne has a 95 horsepower electric motor combined with a 333 horsepower, three-liter V6 engine. One can drive the Cayenne about 20 miles on purely electric power -- which is ample for many commutes -- and the combined power plant gets about 50 miles per gallon.

While BMW and Porsche may have had the plug-in hybrid showstoppers, they were certainly not alone among auto makers who see an increasingly electric future. Ford's popular Fusion has a plug-in electric model and Mitsubishi, which introduced a newly designed Outlander SUV, is also bringing out a part-electric hybrid version. 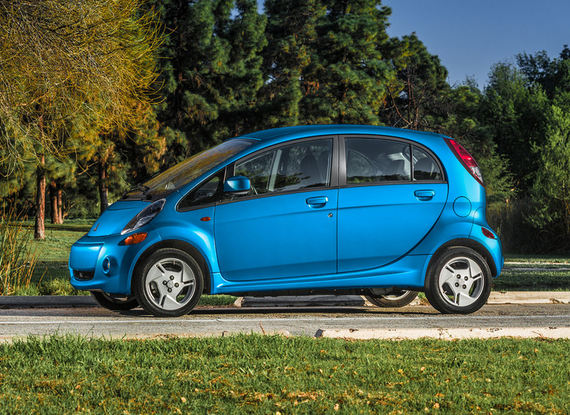 The company tentatively entered the all-electric market with its iMiEV, an awkwardly named vehicle that most resembled an ostrich egg on wheels. It was comfortable and efficient. But cars are a form of sculpture defined by how they make a person stop, look, and feel when standing close and then sitting inside. For many families, it is the largest form of kinetic art they will buy. As art works, the iMiEV or BMW's i3 would never draw a crowd.

Hence the change. "The Outlander plug-in hybrid," said Mitsubishi Executive Vice President Don Swearingen, "is a bigger vehicle and clearly one that will appeal to more consumers than the fully electric ones with their more limited range.

"We actually developed it a few years ago and started selling it in Japan and then in Europe. The demand was so high that the plant that makes our batteries is at full capacity. We still are offering all electric cars, but our growth opportunity is in the plug-in space. I drive a fully electric car, but I live 40 miles from work. As long as I can charge each night and again at the office it works fine. But if I want to make a longer trip, a decision has to be made as to what car to use.

"With the plug-in hybrid, all those considerations go away. We felt it important to offer a plug-in, five-passenger vehicle, which has 4-wheel drive capabilities and is a great opportunity for families. Since we were redesigning the Outlander, it made sense to design a version for the electric motor and batteries." 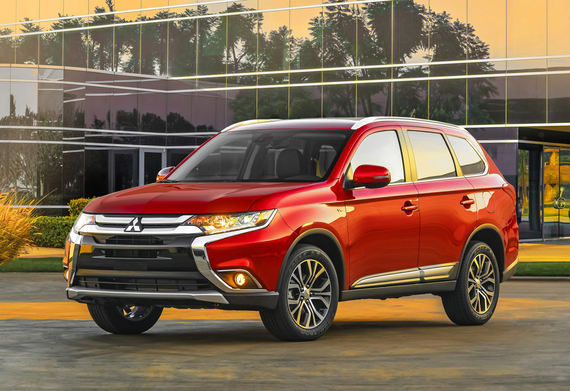 While the regular Outlander is a seven passenger SUV, the hybrid version will seat five people, and the added space will be taken up by the battery pack. The Outlander will have two 60-horsepower electric motors -- one assigned to each axle -- as well as a 121-horsepower, four-cylinder gasoline engine. The combination delivers about 44 miles per gallon.

Electric cars dominated American roadways for the first 20 years of the 20th Century, but quickly lost out to gasoline-powered vehicles which could go a lot further without worrying about a dead battery.