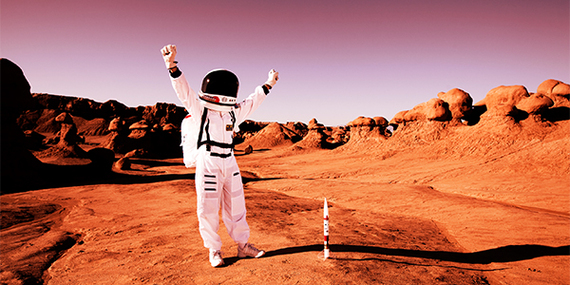 When was the last time you sent someone a letter in the mail? Has it been a while? By contrast, when did you send your last email just by pushing a button? Technology and its ability to automate routine tasks is not only changing our lives, but also transforming the way we support meaningful causes. Writing a check is like writing a letter when there's email. It's wildly less efficient than using electronic payments.

The global movement toward Electronic Funds Transfer (EFT) is far more than just a "flavor of the day." According to the latest survey done by the AFP (Association of Finance Professionals), 80 percent of North American companies are transitioning their B2B payments from paper checks to electronic payments, and several large countries have already ceased using checks completely. Consumers are writing 7 percent fewer checks each year (and have been for several years), and since 2003, the U.S. Federal Reserve is providing incentives to banks to move away from manual check processing.

Yet despite these changes, last year, more than 95 percent of the $380 billion that went to North American charities was paid to the charities by cash or check. Can you imagine what that costs to process?

While donors and companies criticize charities for spending too much on fundraising or paying their employees competitive wages, many don't think about how much operational leverage and increased social impact can be achieved just by automating manual processes. In fairness, most charities put more focus on whether or not someone makes the gift, not how they make the gift or what it costs to process. For many, the nobility of the social mission subordinates all else. That is perhaps understandable when you consider an individual charity and how it views its own needs, but who is advancing the landscape generally when it comes to making funds disbursement more efficient? Let's look at some of the reasons we should care.

Electronic payments are cheaper than checks
The expense involved in receiving checks is significant. Charities employ people whose job is to process checks, enter donor information into spreadsheets and mail out individual receipts. Some estimates put the cost as high as $30-$50 per donation. Consider that the typical employee donation may be less than $100, and you can see the math not working. The solution with EFT is simple. For the cost of a credit card-like transaction fee (with a maximum cap), a charity can receive donations as an aggregated total direct to its bank account, which includes sending tax receipts to donors and providing the charity with donor information. Just like that, the charity has avoided all that manual expense and freed those resources to do something more strategic or mission critical.

EFT is faster than checks
When a workplace giving provider or other charity aggregator issues a check to a charity, that check goes on a trip that could take a few days, a few weeks or, in some cases, an eternity. The Association of Funding Professionals (AFP) says the average cycle is around 18 days. Some vendors still distribute donation and corporate matching funds quarterly, which means that it might be six months between the time an employee takes the action and the moment when donation and matching funds are received by the charity. This is not good enough. When you consider the time-sensitive, mission-driven work of these organizations, the delay could be more than just costly; it could have financial implications that prevent the charity from sustaining its good work. An EFT payment, on the other hand, makes a rapid path through Automated Clearing House directly into a charity's bank account.

EFT is surer than checks
Misdirected, uncashed and stale-dated checks are a huge problem in our industry. It can lead to millions of dollars left sitting or cycling within a payment system because a vendor doesn't have accurate information to pay the charity. Donations transferred via EFT are guaranteed to go through because there's an approved recipient on the other end of the transaction.

All things are difficult before they are easy
Making a move toward electronic payments will involve commitment at both the provider and recipient end. Banking information needs to be relayed. Identity and status need to be confirmed. Electronic transfer protocols need to be adopted and implemented. But once the system is up and running, it truly is easy. In fact, it is impossible to say checks are easier than EFT once all the steps have been taken.

Admittedly, this is not sexy stuff. The work that many charities do--keeping at-risk women safe, providing clean drinking water, advancing literacy, diversity, sustainability, etc.--is emotionally compelling and critical. But the charitable sector is a $2.2 trillion component of our global economy, and it needs to pursue operational efficiencies on scale, just like any other organization. With a little more consciousness around some of these issues, charities can deliver more of their good work, at a lower cost.