The ties between the White House and Chicago have never been stronger. Though President Obama passed on two area judges and chose New Yorker Elena Kagan as his nominee to replace (Chicago) Justice John Paul Stevens on the Supreme Court, Kagan still has a lot of locals talking--and a Chicago history of her own.

The Chicago Sun-Times reports that Kagan lived in Chicago from 1991 through 1995, while teaching at the University of Chicago's Law School:

She lived in Lincoln Park in a vintage building at 605 W. Arlington, Apartment 3. After classes, she would "get into her car, turn up the rock 'n' roll music loud, and drive home fast. She told me that," U. of C. Law School Professor David Strauss recalled on Monday.

During her few years in Chicago, Kagan was a White Sox fan, an opera lover and played in faculty-student 16-inch softball games, the Sun-Times reports. 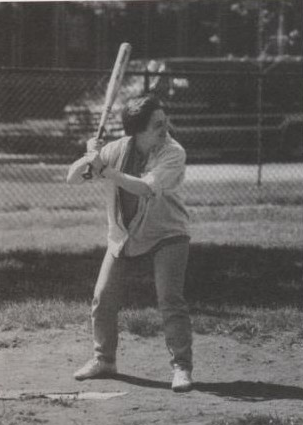 Aside from their White Sox connection, Kagan also worked with Obama at U of C for several years. NBC Chicago reports that Kagan tried to convince Obama to pursue a life in academia when he was contemplating a run for Senate. But even Kagan, who was granted tenure at U of C in 1995, had higher hopes. The Sun-Times reports:

Kagan had a bittersweet ending at the U. of C. She left to serve in the Clinton White House, staying four years. Clinton nominated her for a federal appellate spot in Washington, but the nomination stalled. She wanted to return to the U. of C. Law School, but the faculty decided her heart was not in being an academic and did not want her to use the spot to wait out her next Washington appointment.

Despite her fairly short time in Chicago, she left a good impression on people here. David Strauss, who worked with Kagan at U of C, explained why she is a good fit for SCOTUS on WBEZ Tuesday morning:

"She's the sort of person you could easily know very well for a long time, for years, I think. And you'd have the general sense that she probably voted for Democratic candidates, but you certainly wouldn't think of her as someone who was in any way an ideological person or a person with an agenda."

Meanwhile, local politicians are already jumping on Kagan's nomination to stir up some debate within their own races. Senate candidate Alexi Giannoulias held a press conference Monday slamming Republican opponent Mark Kirk for opposing Justice Sonia Sotomayor, saying that Kirk continues to side with the far right and oppose everything President Obama does.

"The people of Illinois deserve to know why Congressman Kirk joined Sarah Palin, Glen Beck and Rush Limbaugh in opposing Justice Sotomayor's nomination and whether he will once again stand with the right wing in opposing Solicitor General Kagan as well," Giannoulias said Monday, according to ABC Chicago.

In any case, neither Kirk or Giannoulias have a say in whether Kagan is confirmed. It's up to the Senate now.

"If the president appointed Moses, Muhammad and Jesus Christ all rolled into one, the critics would still come out," Former federal appellate judge Abner Mikva, whom Kagan clerked for, told the Sun-Times. "Unfortunately, the Senate can be so contentious. They remind me of the Harvard Law faculty, but [Kagan] brought them together."