Elena Kostyuchenko, a prominent Russian LGBT activist and journalist, is threatening to forcibly out any closeted politician that votes in favor of a proposed bill that would remove children from the households of any and all LGBT or same-sex parents in her homeland.

An investigative reporter for the Russian newspaper Novaya Gazeta, Kostyuchenko announced her initiative via Twitter last week, reportedly asking for “information, correspondence, photographs… about the deputies of the State Duma concerning LGBT” activities.

A slightly modified translation of Kostyuchenko's tweets from GayRussia via The New Civil Rights Movement reads:

The bill in question follows international backlash surrounding Russia's current anti-gay "propaganda" law and the unknown impact the legislation is expected to have on the upcoming 2014 Sochi Olympics. Over the past months, Russia has enabled and perpetuated a culture of fear and violence against LGBT people, seemingly turning a blind eye to both public acts of violence and private torture on citizens.

In addition to making gay identity grounds for having one's children taken, the newly proposed bill reportedly equates being gay with alcoholism, drug use, and abuse.

Kostyuchenko, who was reportedly arrested in May for taking part in a gay pride rally in Moscow, is no stranger to LGBT activism in Russia's homophobic climate. Check out the videos below -- in one, Kostyuchenko speaks to reporters at an illegal gay "Kiss-In" in Moscow that turns violent. The second (if you speak Russian) is an International Women’s Day interview with the activist while she discusses her own personal fight against Russia's anti-gay legislation. 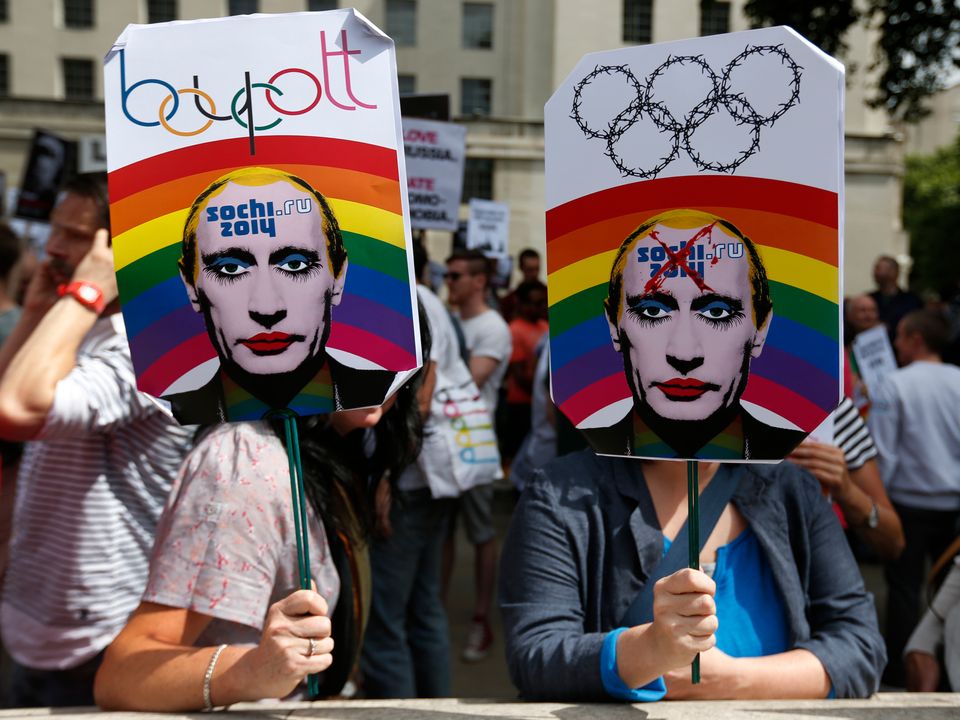