The mood in Mexico is so depressing that even Elena Poniatowska, the novelist-journalist who chronicled the 1968 massacre of students in Tlatelolco, feels a chill when she talks about the murder of 43 students in Ayotzinapa, who were found burned to death in a municipal trash dump.

At 82, Poniatowska keeps on exposing social injustice in Mexico in memorable books like Here's to You, Jesusa, Nothing No One: The Voices of the Earthquake and thousands of journalistic articles in newspapers and magazines all over the world. This year, she won the prestigious Premio Cervantes, the equivalent of the Nobel for Spanish language writers. I spoke to her about the situation in Mexico.

In a country where thousands of people go missing and are killed every year, why has the disappearance and presumed death of 43 students from a rural teachers college provoked such indignation?

"To hear that 43 young people were assassinated and then burned in a municipal garbage dump, as if the kids were trash or crap, is offensive. As a Mexican, I am ashamed, and the country should also be ashamed by this tragedy. How can we face the world after this?"

In the confession of three criminals, taped by the office of Mexico's attorney general, they chillingly say in [a] casual tone how they killed the students and burned their bodies in a fire made with tires and tree branches lit with diesel fuel. The fire, said the confessed killer, lasted for several hours. What does this say about Mexican society? "It reminds me of what my father, an officer in the Polish army who visited Auschwitz immediately after the end of the war, told me about the horrors he witnessed. Have we reached the stage where we eliminate human beings by fire? What happened there is horrifying and the sense of loss, the helplessness and the sadness felt by our youngsters now, affects us all."

Do you find similarities between this killings and the massacre of Tlatelolco?

"I think this is much worse. This is a crime perpetrated by the state. We don't know for sure how many people were killed in '68, but most likely they were less. Back then, we knew about it almost immediately after it happened. This time it took longer to be in the news, and it took the federal government 10 days to start investigating the case."

It is clear that the order to ambush the students came from the Mayor of Iguala José Luis Abarca, who is now in a federal prison along with his wife who has been linked to the drug cartel that operates in the area. But the case goes far deeper than Iguala -- it has become a national issue. Do you think President Enrique Peña Nieto should be held responsible for it?

"I think so because the buck stops with the president. The people are fed up with this inept president whose wife bought a house worth $7 million dollars and feels proud of it. We are tired of a corrupt political system where the two parties that have held the presidency are both corrupt. We have not had a good president since Lázaro Cárdenas in the '30s."

That may be true, but the Mayor of Iguala, who ordered the abductions, and the governor of the state where the abductions took place, are both members of the left wing PRD party, a circumstance that places the burden of the blame on that party. Many say the Ayotzinapa case will be devastating for the PRD. Do you agree?

"Yes, I do, but remember, most of the politicians in the PRD came from the PRI. Yet, when all is said and done, they all come out blemished." 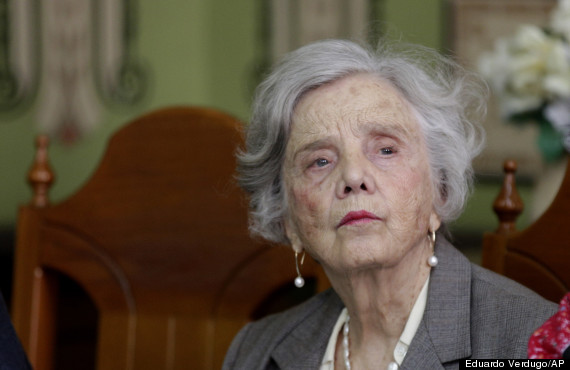 What lies ahead for the country? Everybody condemns the current state of affairs but nobody makes proposals to improve things. What should be the first priority of the government to start rebuilding the morale of the people? "I believe the first thing should be to improve the dire situation of the rural teachers schools not only in Ayotzinapa but everywhere in the nation -- to better our educational system because to achieve real democracy, we must educate all Mexicans."

* * * Improving the Mexican educational system is a must -- and so is reducing the enormous economic disparities that exist in the country -- but I strongly believe that the inconsistent enforcement of the rule of law is next on the list. The killings, disappearances, extortions, kidnappings, assaults and robberies on the highways, political corruption, collusion with drug traffickers, and the unruly behavior of student and teachers during their protest marches happen because impunity is the rule in a country where 96 percent of the crimes recorded go unpunished!

It will take time to reform the laws and the institutions that are charged with enforcing the rule of law, but there is no other way out of the current nightmare.

What Mexico needs is a thorough judicial reform, not a revolt or a revolution, and it is up to the people who are now protesting the disappearances of the students to push for the reform. It was the pressure of the people in 1968 that brought about the big political change from an authoritarian regime that lasted 70 years to the current democratic system with separation of powers, alternate political power, a competent and independent Supreme Court, freedom of expression and freedom of the press -- democratic values Mexico did not have when I was born.