An elephant collapsed shortly after performing at a Ringling Bros. Circus last Sunday night at the Honda Center in Anaheim, California, according to eyewitness accounts from Animal Defenders International (ADI). The 54 year-old Asian elephant, named "Sarah," was boarding a rail car when she slipped and fell, but the cause of her collapse is being hotly debated by animal rights activists and the animal caretakers at Ringling Bros.

The Ringling Bros. tells CBS that the elephant was being "escorted by her handlers up the loading ramp into the elephant train car when she shifted her position, backing down the ramp, causing her to lose her balance, where she kneeled and rolled down the ramp onto the ground."

Matt Rossell, Campaigns Director for ADI, thinks otherwise, citing Sarah's long-term infection and documentation of Ringling Bros.' inability to treat her illness. "Sarah is sick and the stress and fatigue has likely led to this dangerous fall," he says in a released statement. "This elephant needs to be taken off the road immediately so she can be properly evaluated and treated by a veterinarian." 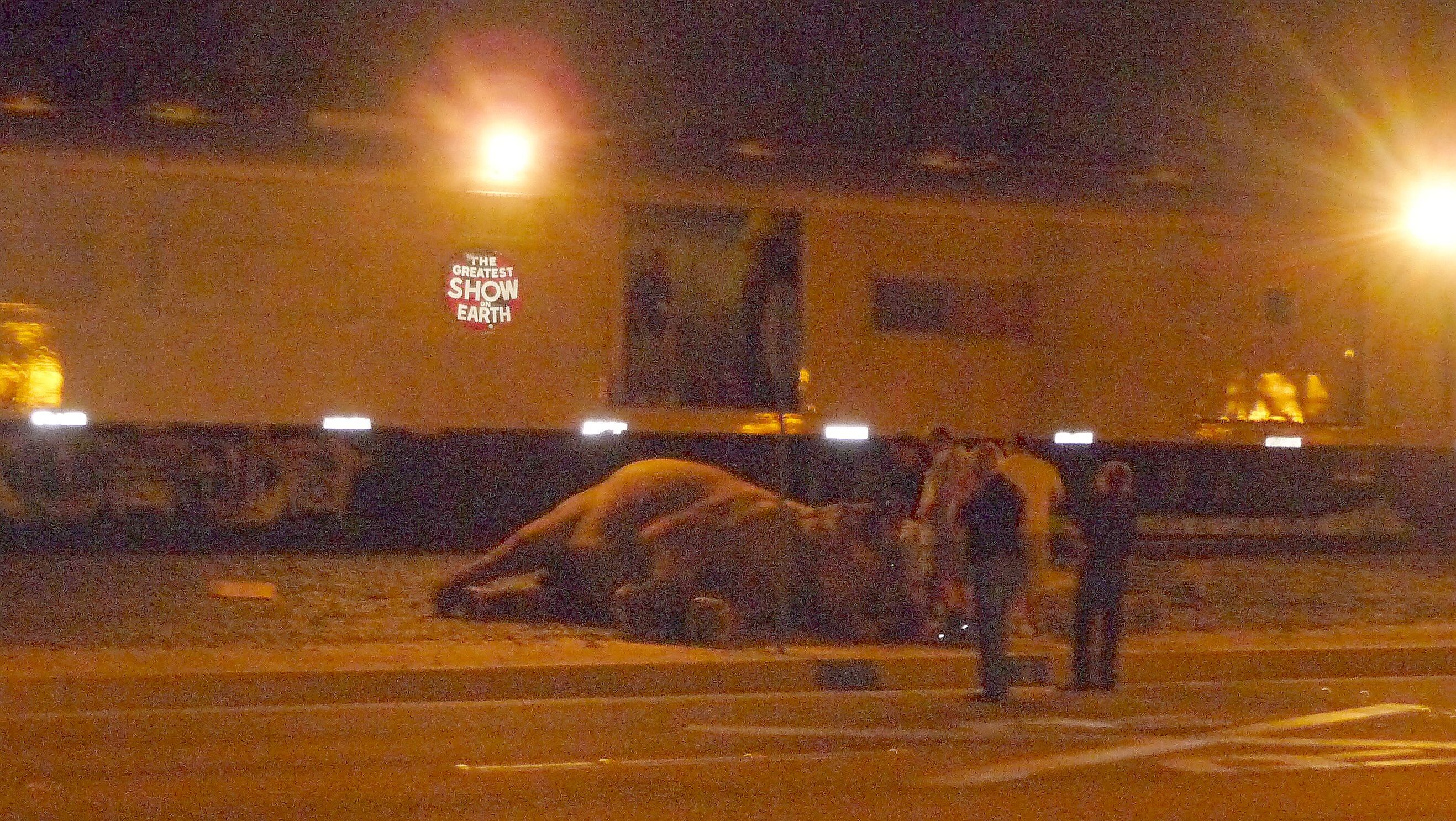 Earlier this year, the USDA cited Ringling Bros. for failing to adequately treat Sarah for a pus-like discharge present during urination, a violation of the Animal Welfare Act, reports Sign On San Diego. Official USDA documentation alleges that despite diagnosis by a senior veterinarian for Sarah's infection, animal handlers ignored the recommended treatment and insisted that her problems stemmed from a chronic (yet undocumented) fistula that was under control. From the documents:

Instructions by the Senior Veterinarian on 6/5/11 to rinse the vulva area twice a day are not being followed by the handlers. There is a discrepancy between the Senior Veterinarian's medical notes and observations and what was stated by the Associate Veterinarian regarding the character of the discharge and the seriousness of the animal's conditions... This is a repeat noncompliance previously cited during the inspection performed on the Blue United on 11/18/10.

The USDA document also shows that Ringling Bros. was cited for having rail cars with protruding wires that could have hurt the elephants during transport.

Because of Sarah's collapse, ADI is filing a new complaint with USDA Western Regional Director, Robert Gibbens. They also plan to protest Ringling Bros. and host an animal abuse education outreach event at the circus' next stop in Ontario, California -- set for tonight, August 10th at the Citizens Business Bank Arena.

Loma Linda Patch reports that Sarah seems calm two days after her fall. Her caretakers at Ringling Bros. say that she only suffered minor scrapes from the incident.