If you have a sibling, you may be familiar with the game of pitting hypothetical animals against one another and discussing the merits of, say, a standoff between a tiger and a shark, or a horse-sized duck vs. 100 duck-sized horses.

In a real-life variant of that game, photographer Nicole Cambre captured a disagreement between an elephant and a hippo on Botswana's Chobe River.

"There is an island on the middle of the Chobe River to which this elephant had crossed," Cambre explained to photo press agency Rex Features. "The hippo was not happy about it and was apparently defending its territory. When more elephants crossed the river to the island the hippo backed off and went back into the river."

See how it all went down: 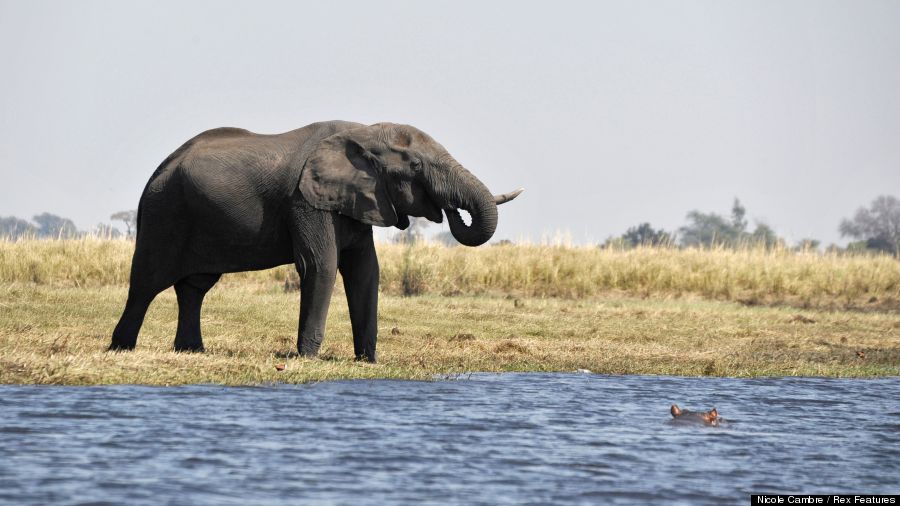 Cambre's first frame shows the elephant approaching the Chobe from the bank of the island. A submerged hippo looks at the elephant, wary of encroachment on its territory. 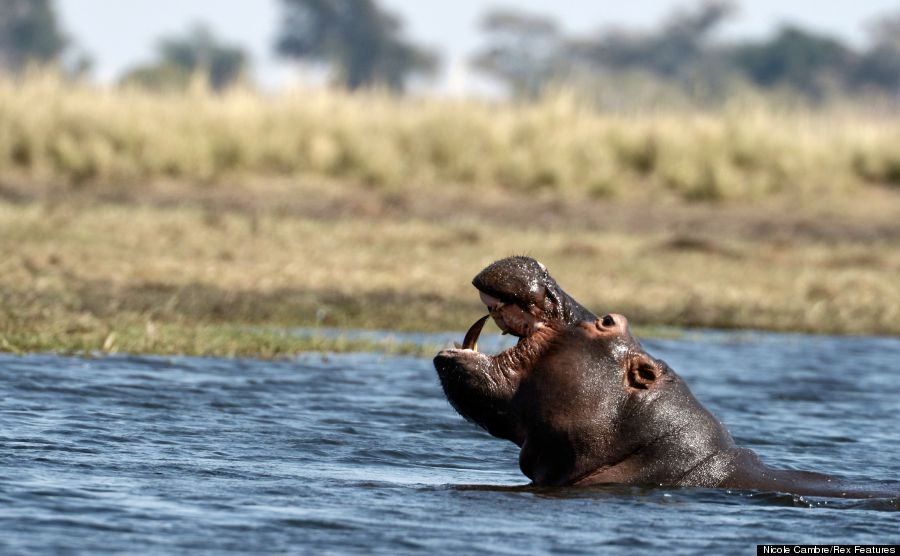 As the elephant draws near, the hippo makes its displeasure clear, exposing its head from the water to bare its teeth and spread its jaws. 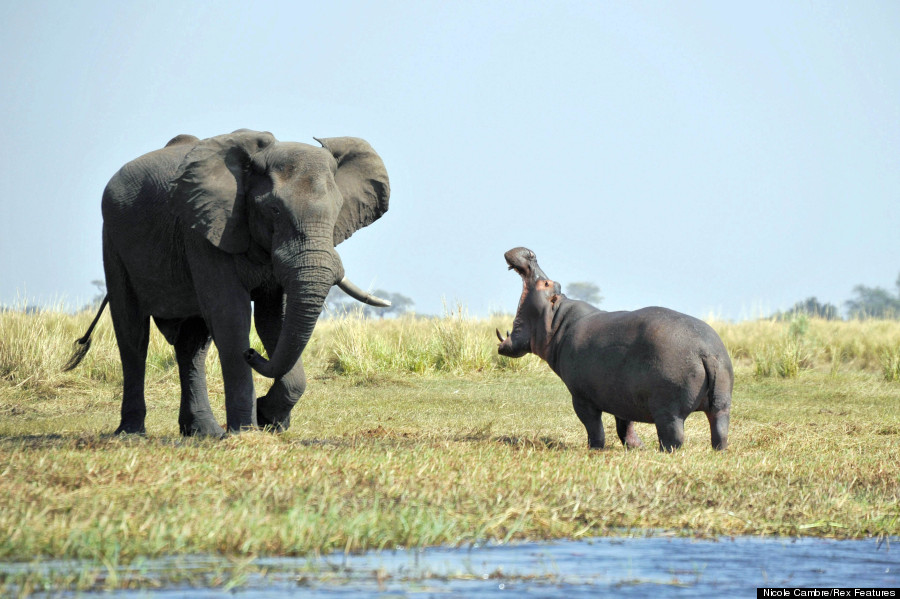 The hippo has completely emerged from the river and approached the elephant, with mouth agape. Despite being dwarfed by the elephant, the hippo seems to stand its ground. 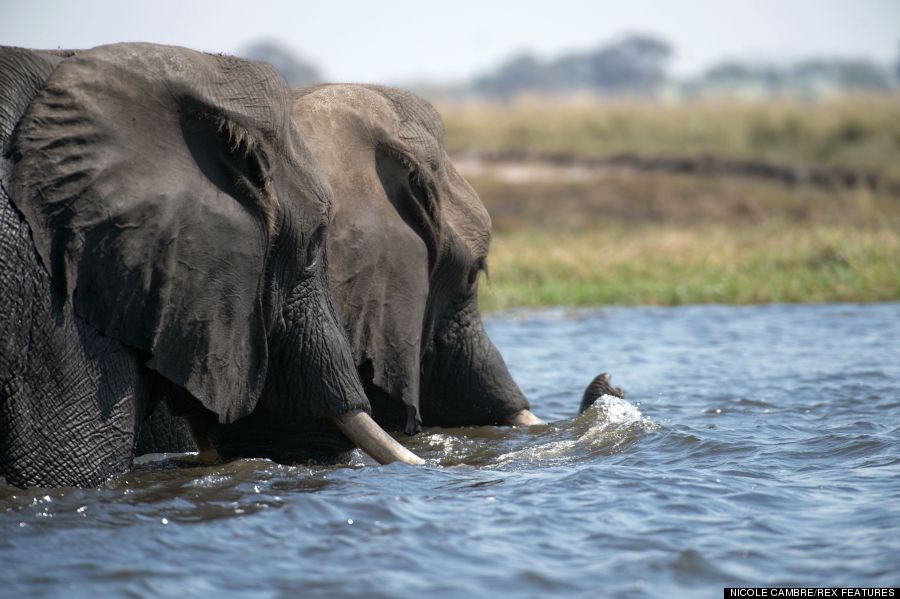 After several other elephants approach, the hippo stands down and retreats to the safety of the water. The elephants cross unimpeded.

Ultimately, the greatest danger to either of these animals is not from one another, but from poachers. Both species are illegally hunted by poachers for their ivory and meat, leading to an estimated 7 to 20 percent decline in hippopotamus populations in the past decade. The African Elephant has seen its population fluctuate, with decreases in Central and West Africa countered by growth in Southern and Eastern Africa.

Elephant And Hippo Disagree, Face Off At Botswana's Chobe River
Animals Tricking Each Other