The lives of orcas and elephants are remarkably similar, unhappily so in those areas where they interface with humans. Both have been hunted and captured, both are forced to perform tricks and live in unsuitable enclosures.

In the wild the social structures of these two species are similar -- both are based on a matriarchal system and can include several generations. Both use sound in ways unsuspected by people until relatively recently -- orcas can emit sounds at a pitch that is too high for us to perceive, and elephants communicate over long distances with sounds so low that they are below our ability to hear. This was discovered by a humpback whale naturalist, Katy Payne. The African Elephant Specialist Group reports:

"Elephant vocalizations range from high-pitched squeaks to deep rumbles, two-thirds of which are emitted at a frequency too low for the human ear to detect. Such low frequency calls may be heard by other elephants at distances of at least eight kilometers.

Recent studies also show that foot stomping and low rumbling emitted by elephants generate [sound] waves in the ground that can travel nearly 20 miles along the surface of the Earth. Elephants may be able to sense these vibrations through their feet and interpret them as warning signals of a distant danger. They may therefore be communicating at much farther distances than previously thought."

Their large size, high intelligence, and complex social lives make both species unsuitable for captivity, and both have killed and injured humans in circuses, zoos, and theme parks. The unnatural circumstances and monotonous enclosures coupled with harsh husbandry (chains, prods, hooks and beatings are used to 'dominate' elephants, while orcas are subjected to dental drilling and other procedures) inevitably lead to problems.

For the most part, the animal keepers do everything they can to help the animals, and the elephants come out way ahead on that score. Increasingly, zoos in some parts of the world offer larger habitats, environmental enrichment, and stable social groups. The orcas, however, still have featureless cramped tanks and are moved from place to place. 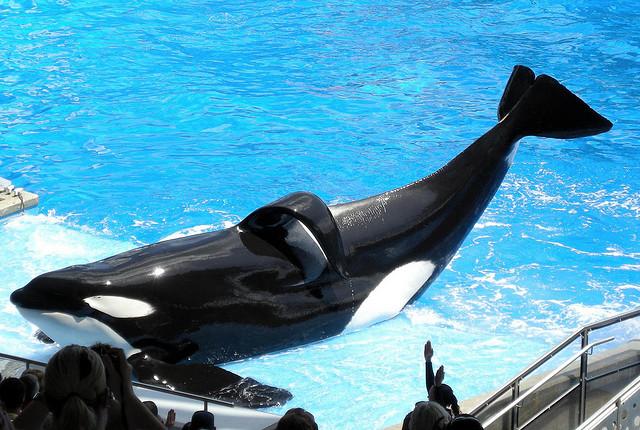 Tilicum has been testing an exercise current. (Creative Commons photo by milan.boers).

Seaworld recently announced that they have devised a way for the whales to get exercise, and David Kirby writes at Takepart:

"This week, a theme-park website called Mice Chat posted an item about a new 'whale treadmill' being tested on the orca Tilikum at SeaWorld in Orlando.

According to the site, the 'treadmill' is actually a pump that simulates swimming by producing a moving stream of water within a killer whale tank, somewhat akin to the "endless pools" that swimmers train in. Speeds in the "flow channel," which is "whale vandal safe," range from 10-to-30 mph. There is a feedback control system, which presumably means each animal can determine its own speed, and there are water areas outside the stream, for easy egress. The machine, which can be moved from pool to pool, will be used in all three SeaWorld Parks, if successful."

"This development will improve the whales' overall fitness and endurance and anything that improves the welfare of the animals is a welcome change. However: 1) this innovation was something SeaWorld could have added a long time ago, so why didn't they? It's clearly a response to changing public sentiment rather than a proactive recognition that the animals' welfare requires more and 2) it does not address the lack of variety in the whales' social and physical environments. It will not relieve their boredom or their social limitations. It's better, but it is not good."

Which brings me back to the elephants.

In 2006 an elephant named Maggie lived a solitary life in an Alaska Zoo. Her companion had died years before, and because of the cold winters Maggie spent much of her life indoors in cramped quarters. She was overweight, out of shape, and bored. Hoping to get her fit and keep her entertained, the zoo spent $100,000 and had a custom treadmill designed for her, then attempted to entice her on with all of her favorite treats.

Maggie turned her trunk up at the idea, and after several months the zoo released her to a sanctuary in California where she happily roams on acres of land with other elephants. 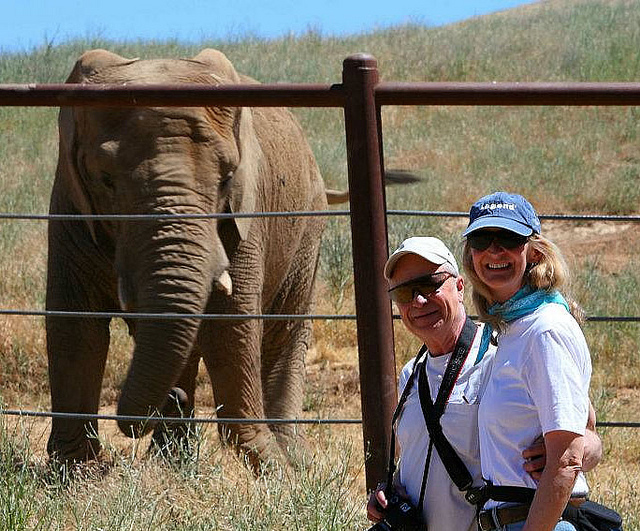 Maggie at her home at the PAWS Ark2000 sanctuary (Creative Commons photo by Richard Probst).

Seaworld's attempt to provide exercise for the whales is a tacit acknowledgement that their facilities are inadequate, and if the lucky elephant Maggie is any indication, it may mean that the next step is retirement for the killer whales too. 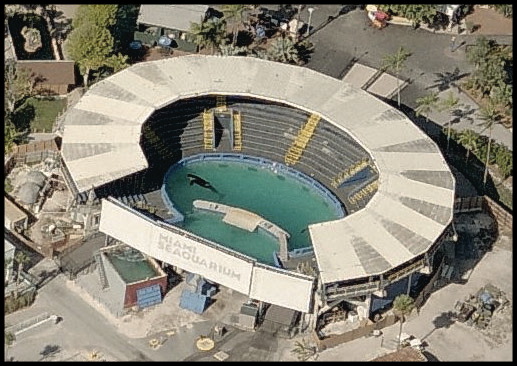 Even a swimming current would do little for whales that are kept like this, but advocates hope that orcas and other whales and dolphins can be retired to ocean sanctuaries equivalent to those provided for elephants. The one below is proposed for "Lolita", the lone killer whale at Miami Seaquarium. 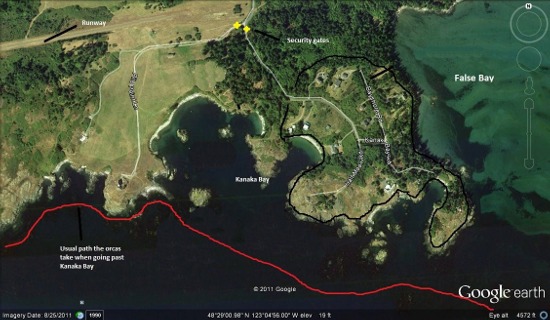